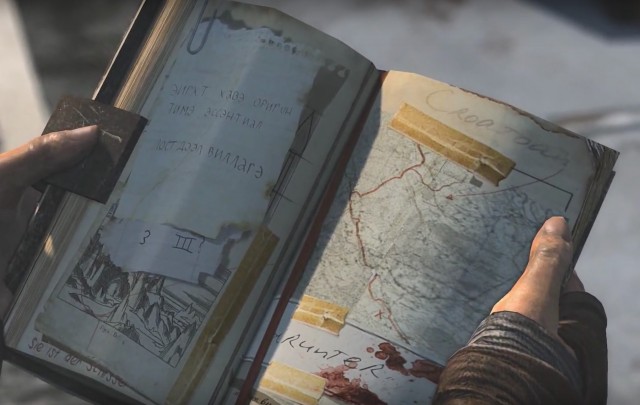 The ending of Tomb Raider (2013) showed us the next destination: Russia.

At the end of Crystal Dynamics’ Tomb Raider reboot of 2013, the game gave us a very quick look at the potential next outing for Lara. The book our heroine looks through as she mutters “I’m not going home” has scraps of Russian characters as well as a map which, arguably doesn’t point to anything.

The characters seem to be English words rewritten in Russian text, translating roughly to “lost villages”, which could be a direct nod to the Remnants in Rise of the Tomb Raider. It could also just be a simpler connection to the fact that most of Rise of the Tomb Raider takes place in Siberia, and that this story was planned long before Rise was ever announced.

Fast forward to the ending of Rise of the Tomb Raider when the camera pans to a shot of a desk with maps and photos of Mexico, complete with a huge red circle around the country’s Yucatan peninsula, including Cozumel. 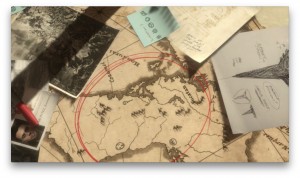 So, is this where Lara is going next? We can only imagine that to be the case, as our favourite action-adventure heroine has proven to be a big seller for both Square Enix and Microsoft and quite the success among fans alike.

Let’s make it very clear: the next Tomb Raider game has not been announced, but we like the clues we’re getting as to where a theoretical game could be headed.

Given the previous two-and-a-half year span between Raider releases, we expect the next instalment of Lara’s adventure to be announced at E3 2017 and released the following year, either in Spring or Holiday 2018.

We’ll keep you posted if we hear anything from Crystal Dynamics, Square Enix, or Microsoft on the future of Tomb Raider. Take a look at the photos in question below.