Update March 1, 10:43am EST: Updated link to Seattle Times story and added video trailer above. It appears Forza Motorsport 6: Apex has been officially announced by Microsoft as a “free, curated standalone experience for Windows 10 that provides fans with a diverse tour of what Forza Motorsport 6 has to offer, including trademark innovations iconic to the Forza franchise, such as Drivatar™ opponents and Forzavista™ cars, as well as new ways to play and compete.” The game will also be playable at up to 4K resolution on capable machines.

The Seattle Times appears to have broken a story about Microsoft’s commitment to PC gaming with Windows 10.

The publication has released an image of the game (above) that has an updated Forza Motorsport 6 logo alongside the subtitle “Apex”. The article is presumed to have been taken down as it may have been leaked ahead of the official announcement.

Forza Motorsport 6: Apex is said to be a free-to-play, “slimmed down version of its Xbox cousin” that “will be released free to users of Windows 10 this spring.” It is unsure if the game will remain entirely free as enticement for gamers to jump to the Xbox One version, or if Microsoft plans on selling cars, tracks, and other in-game merchandise to monetize the title. With a commitment to PC gaming, we’d expect monetization on the Windows platform, though it’ll be interesting to see if certain car manufacturers want a cut of download revenue for their cars.

According to the Seattle Times, “Apex is positioned as an effort to show off the gaming potential of Windows 10.”

Earlier this month, Microsoft announced that the highly-anticipated Quantum Break will be coming to PC alongside its Xbox release on April 5th.

Check out some official press shots of the game (in full 4K): 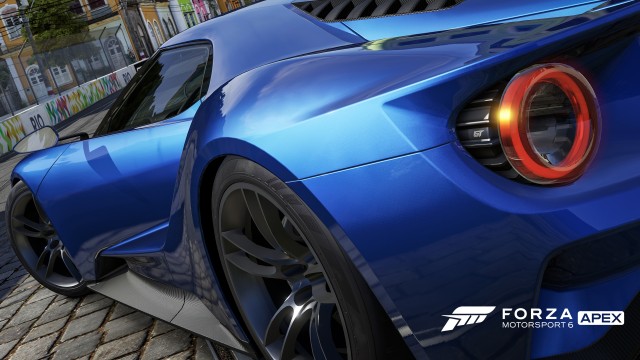 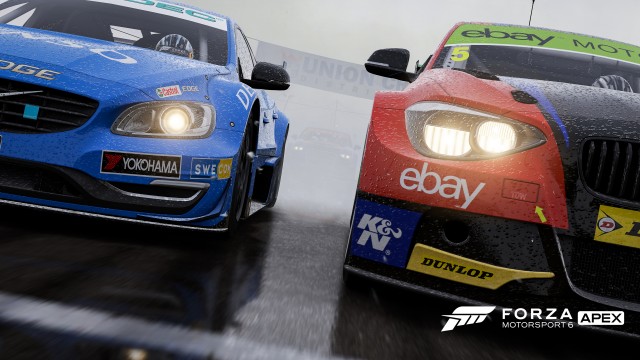