While they’re not talking about storyline or characters just yet, Nintendo has made sure that the focus on its Legend of Zelda: Breath of the Wild gameplay reveal today has been all about exploration.

So, while in a game demo, we took it upon ourselves (with the blessing of Nintendo, of course; the demo host confirmed photos were allowed) to snap a few photos of the entire Breath of the Wild map.

After playing the game for about an hour, by our approximation, when fully zoomed out, each square on the map translates to roughly 1 square kilometre (0.4 square miles). The E3 demo is contained within a relatively small section of the map, a section that appears to be about 2 km by roughly 1.5 km. Though the size of the square grid on the map doesn’t scale with the map itself, the calculation is the same: the entire map appears to be roughly 360 square kilometres, or roughly 140 square miles.

The play area afforded to players at E3 is visible below, as is our compiled version of the entire Breath of the Wild map. In all, there is a lot of the map even within the E3 demo area that can’t be accessed without teleporting to it, whether it is because Link can’t swim without his tunic (which he doesn’t have in the demo), or because the area is separated by a large and dilapidated bridge that is not crossable. 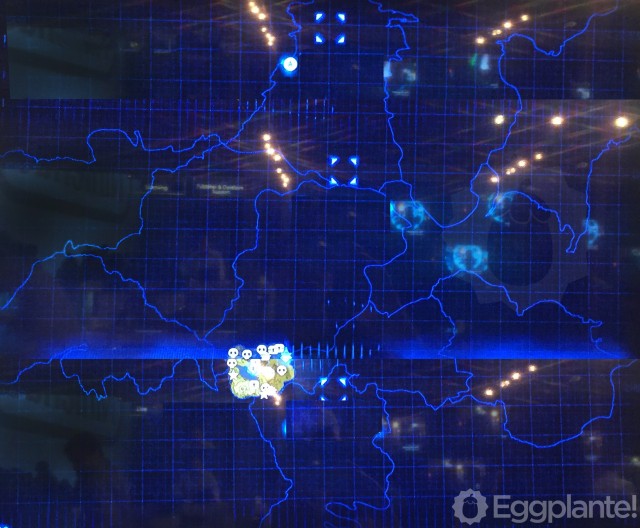 Within the map itself are regions, separated by the light blue lines. It is currently unclear how Link traverses between these regions as they appear to be separated by mountains, bridges, or a river network of some kind. In each region is a tower–in the region of Hyrule we played, it’s called Resurrection Tower–which Link must find and activate with his Sheikh Slate, a sort of ancient tablet computer of sorts, which then stores the regional information and provides clues as to enemy locations, beacons, ruins, and other points of interest.

During their live presentation at E3, Nintendo specifically said that the demo of Breath of the Wild playable on the show floor represents roughly 1% of the game’s total size, which lines up with our estimation nearly perfectly.

Let us know what you think about the size of the Breath of the Wild map and how large you think the game could be. It seems pretty incredible to think that there could be that much land in this world, but the scale really does seem to hold true based on the number of times we’ve been back to play and by a rough estimation of Link’s walk, draw distance, and comparing the height of objects with their distance to other landmarks.

The Legend of Zelda: Breath of the Wild launches on Wii U and Nintendo NX sometime in 2017. 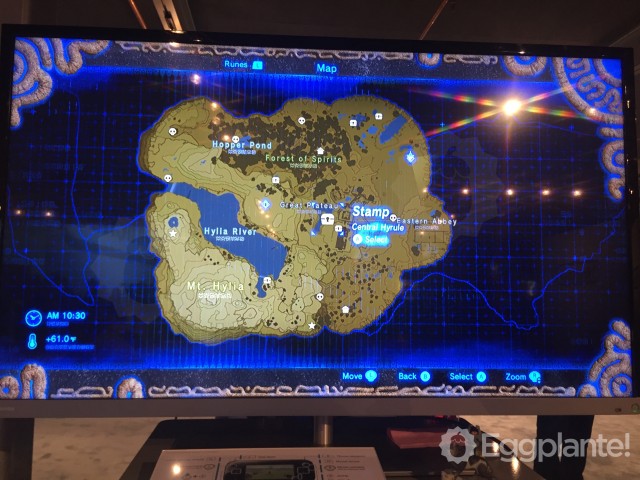