The bond that is shared between a father and his son can be something truly special, especially if it’s nurtured. This is doubly so if the two happen to share a certain skill or interest, and get along well when they work together. My father and I have never had that, but Stephen King and his son, Joe Hill, definitely seem to have. Not only are the two both prolific writers of horror fiction, but they also do some of their best work together, part of which is showcased in Hill’s new collection of short stories and novellas: Full Throttle.

Coming in at approximately four hundred and fifty pages, Full Throttle is a beast of a book, and not just because of its page count. As an anthology of the (often scary) written word, it’s full of things that will nestle in your mind and stick with you for years to come. This is a sign of quality, and that’s something that this collection has an abundance of.

Following a great introduction from the author, which covers his excellent relationship with his father and his early struggles while attempting to become a novelist, the reader can look forward to thirteen stories covering a wide range of topics. Like his father, Joe Hill is a writer of scary fiction, but that doesn’t mean he only covers such topics, or that he should be pigeonholed there. This collection is a good example of this fact, as it highlights both the spooky and the surreal, and can’t just be shoehorned into one genre. That mixture of subject matter is greatly appreciated by this particular fan, and it’s no surprise given that a lot of these tales have come from different publications. In fact, only a couple are native to this release, and were written exclusively for it. 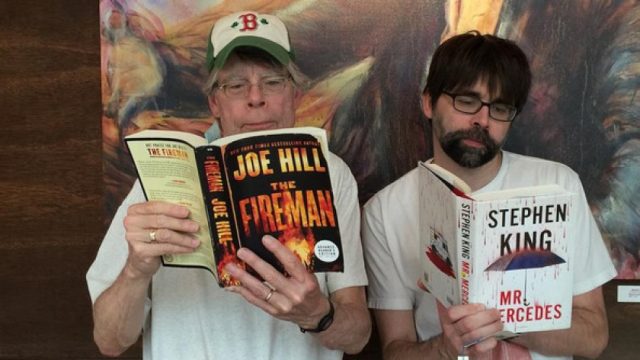 Things begin with Throttle, which was originally published in a limited (2009) anthology that honoured Richard Matheson. Co-written with Stephen King, Throttle is the story of a tribe of bikers who flee a brutal slaying only to find themselves being chased by a massive semi-truck.

What follows is a list of high quality and interesting novellas, most of which seemed to be around forty pages in length.

Dark Carousel: The month is August, and the year is 1994. Three teenagers descend upon the local carnival, and partake in its drunken and thrilling delights, as they wait for a fourth to get off work. While doing so, they mess with something ancient that doesn’t want to let them go.

Wolverton Station: As a ruthless businessman waits to board a commuter train in England, he sees something strange: a wolf dressed as a man, complete with a trench coat. Thinking it’s a protestor or someone in costume, he tries to ignore it, until it becomes clear that his vision wasn’t what he thought it was.

By the Silver Water of Lake Champlain: After being shooed outside by her tired and hungover parents, a young girl ventures down to the lake, where she finds the carcass of a mysterious beast. Maybe it’s a dinosaur?

Faun: Rich men travel to Africa, where they partake in controlled game hunting on a private reserve. Their goal? To shoot the five biggest and most prestigious animals it offers, including lions, elephants and rhinos. While there, word spreads regarding a special and unreal opportunity to hunt in a different world, which is only accessible through a small door found in the attic of a dilapidated farmhouse. The cost will be steep, at a quarter of a million dollars, but the thrill of hunting something man was never supposed to see is hard to pass up.

Late Returns: A grieving man returns home to settle his parents’ affairs. While there, he takes a job delivering library books to people who aren’t able to make it to the house of books themselves. Unbeknownst to him, the aging and psychedelic bookmobile has some ghostly customers. 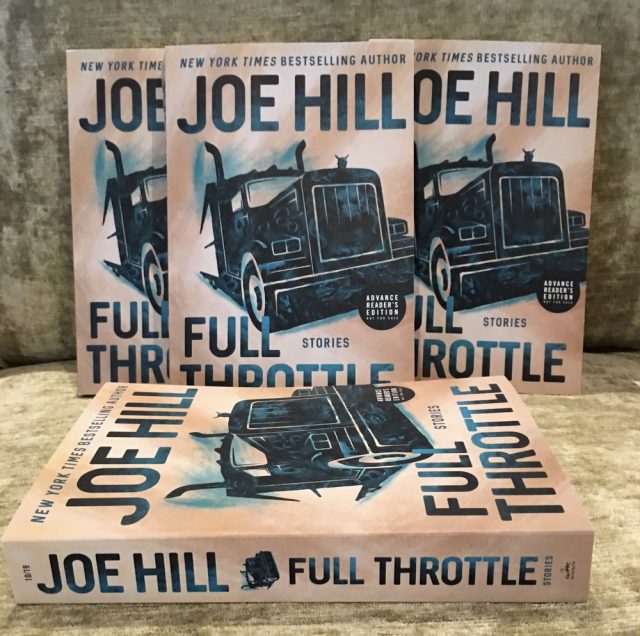 All I Care About Is You: Set in a futuristic colony, this story centres upon a young girl who wishes to rise above her family’s sudden poverty and see the stars. After a disappointing birthday, she tries to come to grips with her newfound situation, while receiving help from an old automaton, who is designed to make her happy and wants to do nothing else.

Thumbprint: A female veteran with a wonky moral compass begins to find thumbprints in her mailbox and stuck inside of her other possessions. Not knowing who they’ve come from, why they were sent or even who the unique prints belong to, she arms herself and takes a stand against the unknown.

The Devil on the Staircase: In a past version of Italy, a guy with a thing for his beautiful cousin becomes a wanted man. Seeking refuge on a forbidden staircase that is said to reach Hell itself, he encounters a child who offers him a strange gift. This particular story is shorter than the rest, because its text is printed in stylized shapes, and only takes up part of each page.

Twittering from the Circus of the Dead: Told entirely through the use of Tweets, this story tells the tale of a bored and frustrated girl named Blake, who’s been fighting with her mom during her family’s unspectacular vacation. While on the way home, she, her brother and their two parents decide to pull into a back road circus for some timeless entertainment, not knowing what they’ve signed themselves up for.

Mums: A teenage boy and his mother attempt to flee from his father’s dark delusions and unwavering control. As they try to get away from the tax evading, militia driven convent that they call home, they find that it’s not going to be as easy as they once thought. What follows is a dark story, wherein the boy must come to grips with his situation and figure out what to do next. He may have some help, though, in the form of special seeds, purchased from a strange old lady’s roadside stand, which promise to grow mums. 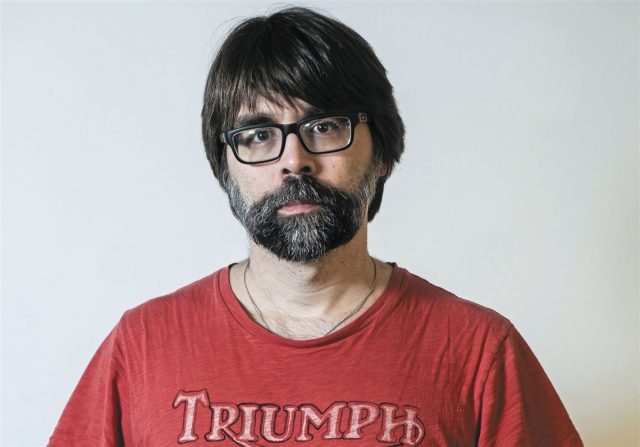 In the Tall Grass: The second of two stories that were both co-written with Stephen King in past years, In the Tall Grass has since been turned into a Netflix original movie starring Patrick Wilson. The story, itself, centres upon two twins (a brother and a sister), who are as close as possible and decide to drive across the country together. Why? Well, during her first year of college, the sister ended up getting pregnant after having sex with a guy who wanted nothing to do with her afterwards. She’s decided to give the child up for adoption, and is heading to the West Coast in order to spend the remaining months of her pregnancy with her aunt and uncle. Along the way, however, the two find themselves lost in a massive field of insanely long grass, after hearing cries for help from both a young boy and his mother. Upon entering, they’ve found that they simply cannot get out, all the while every attempt to find one another sends them farther apart.

You Are Released: Originally published in the collection Fight or Flight (by Stephen King and Bev Vincent), this story carries that anthology’s focus on aviation. Within it, a group of strangers aboard a cross country flight grapple with love, hate, grief and other emotions as they slowly discover that their plane may never land due to a man made calamity.

Almost all of the aforementioned stories are excellent, and even the worst of the bunch (which is, perhaps, Thumbprint, or maybe even Faun) still ended up being pretty good. There is not one tale found within this binding that I would consider to be bad, or poorly written.

I’ve often said that Joe Hill’s 20th Century Ghosts is the best short story collection I’ve ever read, and I count this anthology in the same category, given that short stories and novellas are pretty similar. One just happens to be longer than the other, while neither one is close to novel, or even novella status. After reading through Full Throttle, I can honestly say that Hill’s first collection now has a true competitor. This is a fantastic piece of collective writing, and is something that every fan of both the scary and the surreal should read. Hell, anyone with interest in short stories and fiction itself, provided that they can stomach a bit of horror. There’s something for everyone here, and it all comes together very well. It helps that Joe Hill — like his father — happens to be one hell of a writer, with a great imagination to boot.

Don’t sleep on this one!

This review is based on an advanced reading copy that we were provided with by the publisher.