So the biggest thing going on in the gaming industry this week is, of course, E3. However, that didn’t stop Sony from releasing the follow-up to one of their most successful games on the day the convention opens. Question the timing all you want, this game is gooooooood.

First off, let’s be shallow: this game looks fantastic. If you judge this game by its cover, you’re getting a phenomenal piece of art here. The first game looked great in its own right, but inFamous 2 looks downright stunning. The lighting effects, which are arguably the most important thing in a game that has this much focus on electricity and sparks flying everywhere, are probably the best in any game I’ve seen. And that’s including Splinter Cell: Conviction, a game that was all but based around lighting effects.

Next up, the not so shallow: the gameplay and storyline. Okay, I haven’t really played through the game. My opinions are coming from the launch event itself where I had some play time, but not a ton. With that said, from what I understood, especially not having played the first game, the storyline is tied up very well, makes sense, and doesn’t do anything stupid or superfluous. No Halo 2 stories here, folks. The gameplay itself is downright satisfying. Find yourself a super tall building, jump off it, and pound the ground. The only bad part about that is that the screen fills with so much smoke, you rarely see all the carnage you cause. Either way, it is supremely satisfying! There are bits of the game that drag, like that mission in GTA IV that you hate doing. You know. That escort mission. Ugh.

The audio in inFamous 2 is top notch. I wouldn’t call it Halo: Reach top notch, but it’s certainly no Wii Music either. This game has it all, and while the audio isn’t its biggest strength, it’s not hurting the game either. It certainly adds to the experience, and makes you feel engrossed, but I felt like something was missing. Maybe it was the lack of familiarity that I get from something like Halo or Zelda, but it just needed that little bit more of … well, I’m not really sure what. But it needed it.

So: gameplay is good. Audio is good. Graphics are good.

Now, to prepare for E3! If you’re not following us already on Twitter, you should be: @eggplante – We’ll be liveblogging the big conferences and be on a constant tweet-spree during the show. 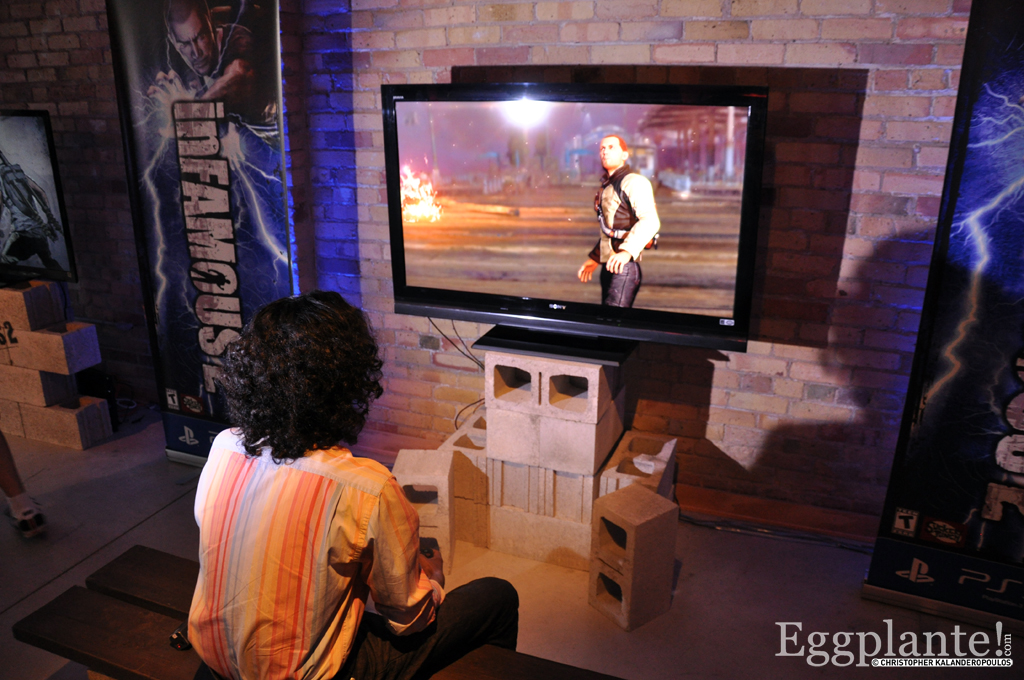 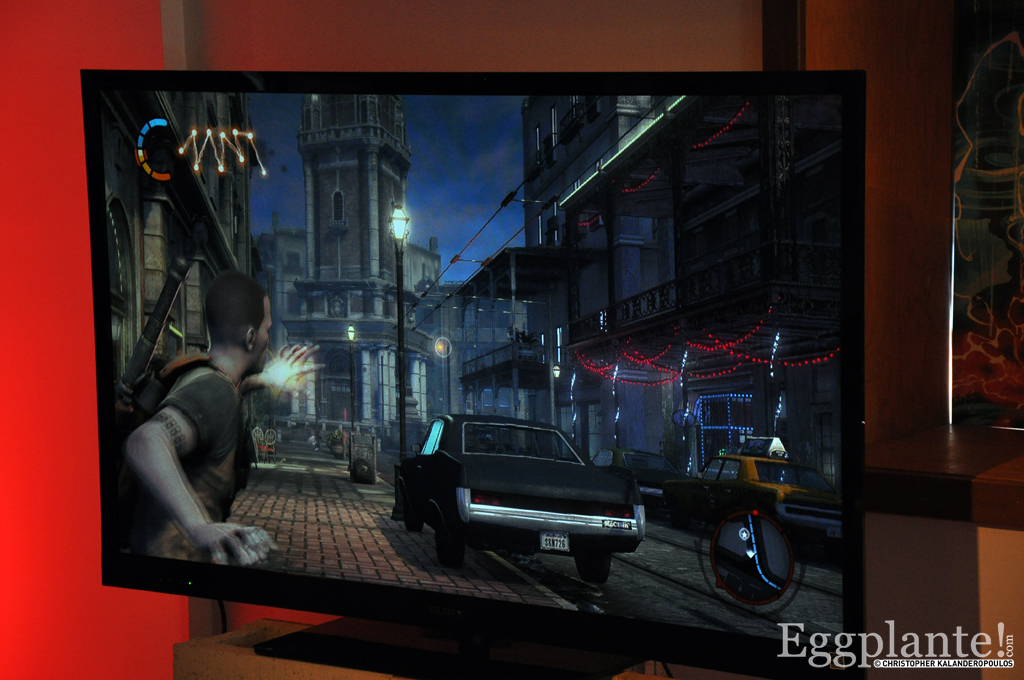