We’ve known about this one for a little while, but we just watched the trailer again and had to share it. Below you’ll find the trailer for the upcoming (or very old, depending on how you look at it) re-release of Jurassic Park 3D.

We love this trailer for a few reasons. First off, the movie is a damn classic and if you haven’t seen it, you’re really neglecting an incredible film experience. Of course, it doesn’t hurt that it’s about dinosaurs and humans and a whole bunch of crap that happens when you piss off the dinos.

Second, this trailer opens as if it is BBC’s Planet Earth documentary series and we’re exploring the beautiful Isla Nublar on its own merits. It isn’t until a good minute into the trailer do things start going awry, and even then, it’s with a serene sense of wonder. 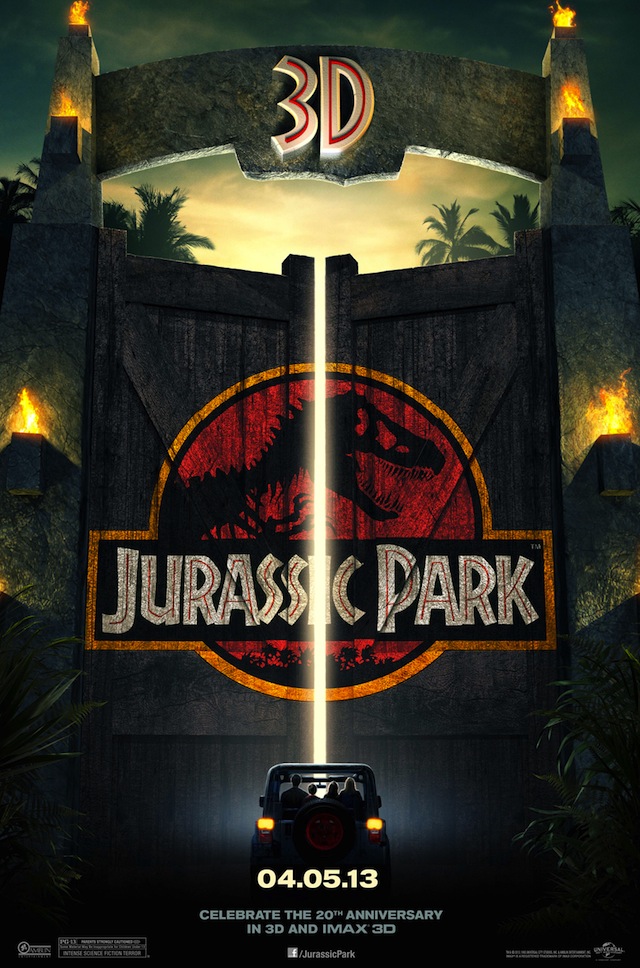