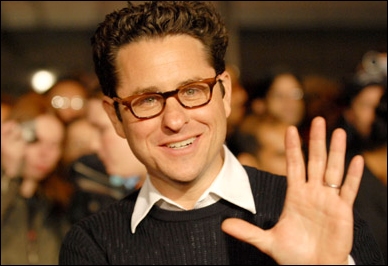 Stories like this make us so proud to be nerds. J.J. Abrams, perhaps one of the biggest nerds on the planet and the guy also happens to be responsible for Star Trek Into Darkness, did something incredible for a huge fan for Christmas.

A terminally-ill cancer patient was invited to fulfill his dying wish: to see Star Trek Into Darkness. 41-year-old Dan has been given only a few weeks to live as two separate cancers have taken over his body. A friend of Dan’s posted a request on Reddit, asking people to make the post big enough so that Abrams would eventually see it and hopefully help out. The post spread like wildfire, with some people even offering up contacts of friends they knew at Paramount Pictures who is making the film.

Just two days later, J.J. Abrams contacted the patient and said he would try to arrange a screening of the film for him, even in its unfinished form.

A few days later, the friend confirmed that he had indeed seen the film and “loved it.”

Doing things like this is increasingly common and uncommon at the same time. While social media makes it easier to get the attention of big companies and celebrities like J.J. Abrams and Paramount Pictures, they are also becoming increasingly secretive because information can leak so easily.

The gesture Abrams put forth is an astonishing one, especially considering how closely he guards every secret about his projects to ensure that everyone is surprised when they see the film. Abrams has also remained humble through all of this, not saying anything on Twitter or Facebook about the gesture.

Dan’s wife posted this on Reddit a few days ago:

Hi everyone, it’s Daniel’s wife, we are of course sworn to secrecy, BUT we are officially allowed to say we saw it and we enjoyed it IMMENSELY as a film and as a gesture. Also, it was truely amazing that a film-maker so secretive as JJ Abrams was kind enough to show this to us. … We were so touched when [Abrams] was concerned that we wouldn’t 100% enjoy the screening as it’s still being worked on……. Be assured we enjoyed it 110%! It is also so wonderful for his friends & his family to finally hear some good news from us, they know how important film is to Daniel & could not think of a better way to please him. So this gesture really has brought a lot of smiles all around. it was a wonderful thing to see with Daniel and a wonderful thing to see Daniel enjoy – Making someone as ill as he is smile for any length of time really makes a difference.

Let’s all use this Abrams’ actions as something to aspire to.

Our wishes are with Dan and his family through this difficult time and we hope that Star Trek Into Darkness made it that little bit easier for them.