As we lead up to E3, we’ll be breaking down each facet of the console wars as they stand. We’ll break down each consoles’ controller, their features, games library, and online offering, culminating in a post-E3 comparison of the two juggernauts in the next-gen race.

Again, this is pretty clear-cut; Sony is in the lead here. Numerous next-gen games have been confirmed on both platforms, but almost all of them are shared. Microsoft at least boasts Forza Motorsport 5 as their own, but as much as people love Forza Motorsport, they know what to expect with that game for the most part. The only other exclusive announced for Xbox One at this point is something called Quantum Break, developed by Alan Wake studio, Remedy, but there’s absolutely no details about what that game is so far. 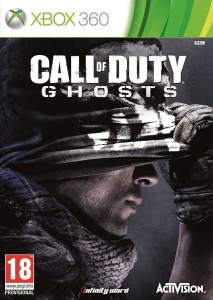 Microsoft promised fifteen exclusives in the first year of Xbox One, but Sony has done them better by affirming that all of their subsidiaries have started developing PlayStation 4 exclusives, and they have more than fifteen studios to themselves! Not only that, but Sony has so far gone into much more detail about the PlayStation 4 exclusives they’ve announced so far, with Knack, inFamous: Second Son, Killzone: Shadow Fall and timed exclusive, The Witness all having detailed gameplay and backstory explanations. Microsoft meanwhile has barely said a thing about their own exclusives, asking people to wait for E3 for more concrete news.

On top of this, Sony has already secured exclusive content for some of the biggest games announced to be coming to next-gen platforms. Watch Dogs, Assassin’s Creed IV: Black Flag, Diablo III and Destiny are all confirmed to be getting enhanced bonus content in their PlayStation 4 editions, and only their PlayStation 4 editions! Microsoft may have secured a partnership with EA and the NFL for Xbox One, but so far, this only seems to apply to sports games, which are only one genre, a genre that almost never gets the same level of attention as your usual batch of shooters, action-adventures and RPG’s. Granted, there was also promised exclusive bonuses and priority DLC in the Xbox One edition of Call of Duty: Ghosts, but Call of Duty favouring Xbox is hardly a shock at this point.