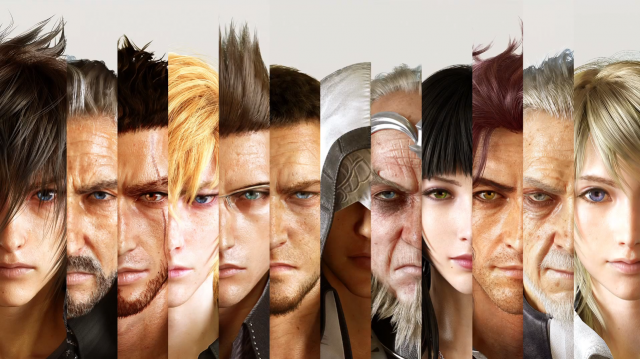 Originally announced as Final Fantasy Versus XIII back in 2006, the once PlayStation exclusive is not only expanding consoles, but has also changed its name to Final Fantasy XV.

FFXV is being developed with a tool called Direct X 11,” stated Square Enix Producer Shinji Hashimoto at yesterday’s Square Enix press conference.  “With this tool it’s possible to port the title to various hardware. Following the announcement [for PS4] we would like to announce that we are porting Final Fantasy XV to Xbox One as well.

That might seem like a big move, but with Final Fantasy XIII and XIII-2 having been sold on the Xbox 360, the Final Fantasy series has long since moved away from its exclusive partnership in hopes of expanding to a fresh, new market.

So why the name change?

As you know, Versus XIII was created as part of the Fabula Novalis epic,” Hashimoto stated during a Q&A. “While development was going on, the content and world expanded. To deliver in an appropriate way to the fans we figured this might be the perfect time to evolve the title to XV for the next-gen consoles.

The game fuses action-RPG and shooter elements, moving further away from the series’ traditional turn-based combat.  This has undoubtedly deterred long-time fans from playing this game (I’m also one of the sketpics), but you can’t deny how visually stimulating the gameplay looks.  Frankly, it’s upsetting to see the company rebrand a series that worked, but my hopes are that this metamorphosis will lead to bigger and better things.

Final Fantasy XV will be released on both the PS4 and Xbox One with a release date still to be confirmed.  What do you think of Final Fantasy XV and the direction Square Enix is taking in the genre?  Let us know in the comments below!