Most triple-A titles get a collector’s edition of the game, and Ubisoft’s highly-anticipated Watch Dogs is no different.

Ubisoft announced today that the Watch Dogs Limited Edition Pack would be available at the launch of the game on November 19th in North America. The collection is probably one of the better featured sets in a while, and it includes:

It’s pretty common for games to come with a SteelBook nowadays, especially in a collector’s edition, and while figures are cool, they don’t really do it for us. However, the vigilante mask is one of those very unique things from a collector’s set that we’ll treasure.

Ubisoft is also putting out a ridiculously well-equipped Splinter Cell: Blacklist collector’s edition featuring an actual RC plane modelled after the one in the game. No, really.

Watch Dogs will hit current-generation consoles on November 19th, as well as the PlayStation 4 and Xbox One at launch (whenever that is). 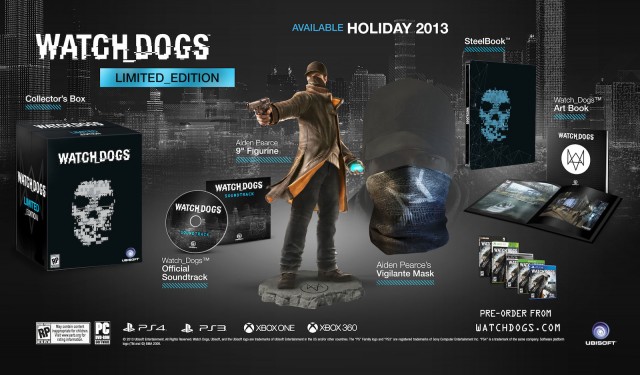