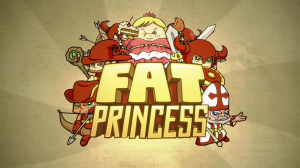 It would appear that Sony’s surprise Flash Sale from this past January was quite successful. In response, they’re hosting another one for both the lonely-heart PlayStation gamers suffering alone through Valentine’s Day weekend, and those couples who just want to get their game on together! How nice!

As before, PlayStation 3 and PlayStation Vita games are receiving discounts, though mainly PlayStation 3 games this time, which apply to any PlayStation Network member and not just those with PlayStation Plus. Only a single multi-platform PlayStation 4 game has seen a temporary price cut for the sale, but at least Sony’s next-gen console isn’t being entirely left out of the fun.

As usual, we’ll list the games that are being discounted, along with their discounted price below. We’ll also list their aggregate review scores according to gamerankings.com, for the respective PlayStation edition in the case of multi-platform games, along with our personal recommendations for the best games on offer.

Be advised that this Flash Sale is only being provided for North America. Each game also has a co-op theme, with many easy to enjoy with that special someone you may indeed have for this Valentine’s Day weekend, though they’re still single-player-friendly enough to enjoy if you’re flying solo for this Valentine’s weekend.

Regardless, the sale lasts until Monday, so if you have any interest in these titles, shop fast!

Next, the PlayStation 3 games being discounted:

Finally, the couple of PlayStation Vita games being discounted:

It’s not a bad selection for PlayStation 3 gamers in particular, if you’re looking for a good co-op experience that’s still single-player-friendly enough if need be. Give these wares a look, especially if you missed some of the better offerings like the console build of LEGO Marvel Super Heroes, Fat Princess and Castle Crashers.

Eggplante will continue to bring you news of sales on PlayStation platforms and otherwise, as they become available.