After so much speculation, numerous reported screen tests and all sorts of hush-hush rumours, the long process of casting the titular leads for Marvel and 20th Century Fox’s upcoming Fantastic Four movie reboot seems to have concluded!

Teller and Jordan’s casting should come as no surprise, since they made constant nods to their high-profile auditions, and continually went on record to voice their enthusiasm around their respective characters in the media.

Teller and Jordan are also good friends and frequent collaborators behind the scenes, appearing together in recent male-dominated romantic comedy, That Awkward Moment, and planning a currently-untitled heist movie together next. Teller was also featured in Project X, and will appear in the soon-releasing young adult novel adaptation, Divergent.

Jordan even has experience playing a super-powered character already, portraying one of the three leads in found footage superhero flick, Chronicle, which was also directed by the new Fantastic Four movie’s chosen director, Josh Trank. Given Johnny Storm’s change in race, it’s probable that either he or Sue is an adopted sibling, and the two are obviously no longer blood-related.

Kate Mara meanwhile was revealed to have screen-tested only recently for the role of Invisible Woman. She is an experienced character actress who also already has experience playing a superhero, albeit in kid movie bomb, Zoom. Her better roles have comprised numerous genre parts, including those in American Horror Story, TRON: Uprising, and 24. She was also the female lead in well-received Mark Wahlberg thriller, Shooter, and had a bit cameo as a U.S. Marshall in another Marvel movie, Iron Man 2.

Jamie Bell is the one surprise here, apparently a late arrival that Fox selected after extending screen tests for The Thing. While Teller, Jordan and Mara have already signed for their roles according to Variety and TheWrap, Bell is only now receiving his offer, though he would be extremely unlikely to say no at this point, and Fox’s confirmation on his casting is expected very soon. It’s believed that Bell will portray the rock-like Thing via motion-capture, not in a heavy costume like Fox’s former Thing actor, Michael Chiklis, but this is unconfirmed at this point.

Bell’s most high-profile work was providing the voice and actions for the titular character in Peter Jackson and Steven Spielberg’s motion-capture adventure adaptation, The Adventures of Tintin. He’s also had roles in Jumper and Peter Jackson’s King Kong remake, and portrayed the titular subject in Billy Elliot. 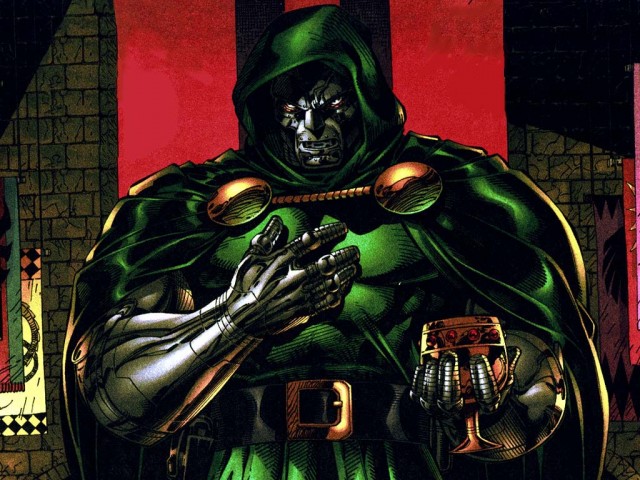 While the heroes are chosen and the director is set, the formally untitled Fantastic Four reboot still has no plot details and an unconfirmed villain. Rumours however claim that the antagonist will yet again be the team’s arch-enemy, Victor Von Doom, a.k.a. Doctor Doom, and screen tests are still apparently being held for the character.

One rumour even claims that Fox is debating switching the Marvel arch-villain’s gender for the reboot, making him ‘Victoria Von Doom’, though this decision is obviously not final. Well, that’s one way to separate the new movies from the old ones!

While no story details have been revealed, the movie is confirmed to take more inspiration from the rebooted Ultimate Universe Fantastic Four incarnations in the Marvel comics, rather than the classic renditions of the characters that have been around for decades. This means numerous changes from classic canon, chief among them being how the four get their powers. In the original comics and former movies, the Fantastic Four are astronauts and scientists that are given their abilities after exposure to cosmic rays during a mission to outer space.

In the Ultimate Universe however, the characters are much younger and are not astronauts. Instead, they invent teleportation technology with the assistance of the future Doctor Doom (whose name is Victor Van Damme in the Ultimate Universe), and while testing it, the experiment goes awry, transporting the four across the world with their new powers, as well as Victor, who is given metal skin, clawed hands and goats’ feet. It’s probable that the movie may use this origin, rather than the more bizarre cosmic ray origin, but, again, this is not confirmed at this time.

Are you satisfied with Fox’s casting choices for the Fantastic Four? Who do you want to portray Doctor Doom? Would you be open or opposed to the character being redesigned as female, should that rumour pan out? As usual, your comments are welcome below.

Eggplante will keep noting your news related to the Fantastic Four movie reboot, as it’s formulated.