One of the most successful and beloved indie platformer releases of recent memory was no doubt Stealth Inc.: A Clone in the Dark, better known in the PC circuit by its original name, Stealth Bastard Deluxe. A challenging obstacle course that combined the punishing precision platforming of Super Meat Boy with the light/shadow stealth play of Splinter Cell, Stealth Inc.: A Clone in the Dark was a huge success primarily as a cross-buy launch for PlayStation 3 and PlayStation Vita (one that we loved), where it’s currently offered as a free game for PlayStation Plus members. An upgraded re-release has also been made for PlayStation 4, along with a mobile port for iOS.

It comes as little shock then that developer, Curve Studios would want to get to work on a sequel. Where the shock comes in however is that the newly-announced Stealth Inc. 2 will actually be exclusive to Nintendo’s Wii U. Yes, really.

Curve Studios has developed for Nintendo before, namely with the underrated Fluidity games on WiiWare and the 3DS eShop, but given that the original Stealth Inc.: A Clone in the Dark was most heavily spotlighted as a game for PlayStation platforms, the sudden move to a whole different console affiliation seems out of left field. It seems even more shocking when the Wii U’s poor sales and lack of third-party support have deterred most established developers from making exclusive games for the Wii U eShop, when they have both the better-selling and more powerful PlayStation 4 and Xbox One to develop for now.

Curve, however, has defended the controversial decision to make Stealth Inc. 2 a Wii U exclusive by proudly voicing their love of Nintendo, even declaring that they want to give Nintendo CEO, Satoru Iwata a big hug! They also claim that because the sequel is being tailor-made for Wii U, it will aim to take advantage of the Wii U Gamepad and other unique Wii U features in interesting ways.

Apparently, the decision also stemmed from Curve not having the resources to port Stealth Inc.: A Clone in the Dark to Nintendo platforms after its PlayStation releases, after Nintendo approached them with interest in bringing their indie gem to Wii U. As a consolation, Curve pledged to make a sequel exclusively for Nintendo’s struggling console, despite also speaking highly of Sony and the extensive support that the PlayStation maker gave them in the porting of Stealth Bastard Deluxe to PlayStation platforms.

Some fundamental design alterations are being made to Stealth Inc. 2 as well, namely that it will now be an open-ended, Metroidvania-style game, and not broken into different levels like its predecessor. The premise will involve a rogue clone running around the testing facility, using various gadgets and abilities to try and escape. Some of these abilities are likely to incorporate the unique capabilities of the Wii U Gamepad. 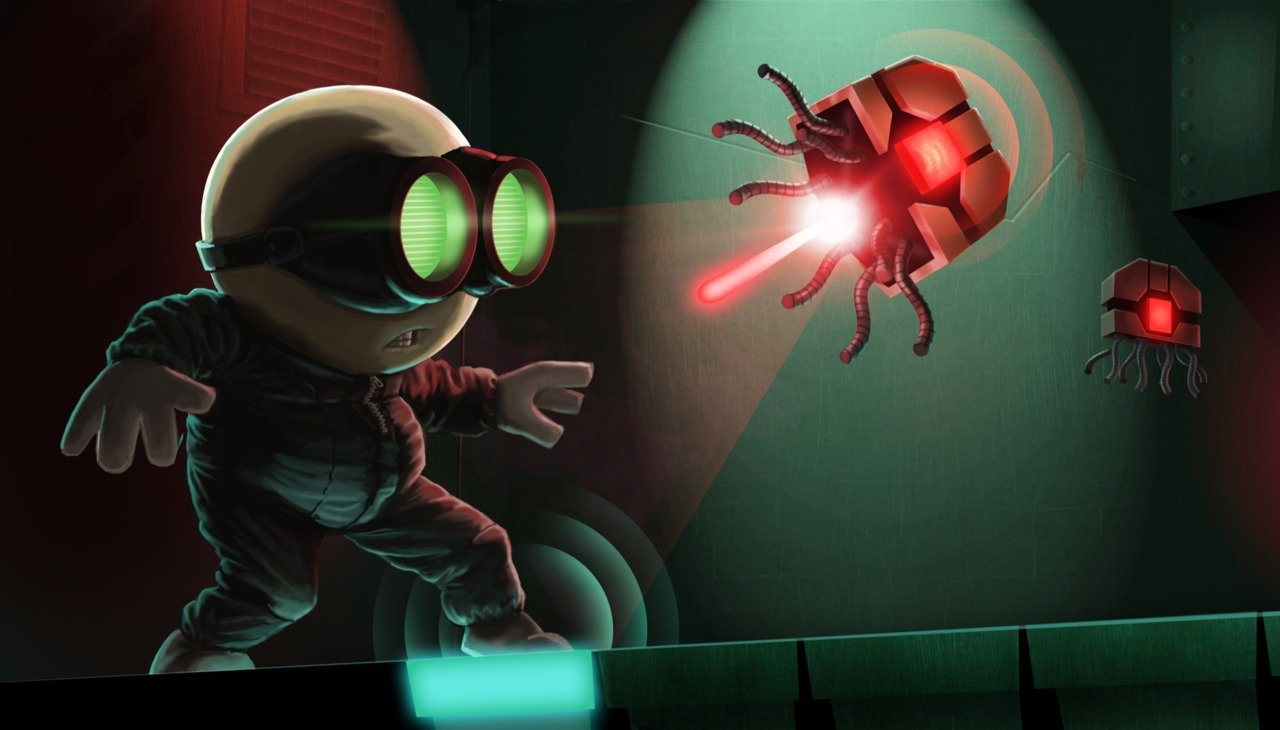 Curve also stated that while they were proud of the original release, they also felt that they lost a variety of potential players due to its infamously punishing level designs. Curve claims that players playing many of these time-sensitive, death-dealing levels in succession would cause people to quickly become burned out and frustrated, motivating them to want to make the sequel a bit more leisurely-paced and fun, but still hardly dumbing it down or making it easy.

Of course, a worry that Curve was quick to allay was the seemingly ill-advised choice of developing a high-profile indie sequel for a struggling console with a lower install base than competing PlayStation consoles, even if not necessarily the lower-selling PlayStation Vita. They responded with the argument that, not only did they want to make a Nintendo-exclusive game simply because they love Nintendo and want to support them no matter what, but also because they could use the Wii U’s often-criticized ‘game droughts’ to draw more attention to Stealth Inc. 2 as an exclusive to the platform.

Many developers, independent developers especially, have made similar claims about the also-struggling PlayStation Vita, stating that they never fail to make money on making Vita games, despite the handheld not selling well compared to most consoles, and especially Nintendo’s competing 3DS. This is because Vita gamers are very passionate, and because of the retail struggles and reduced high-profile game selection, Vita gamers often buy any high-quality Vita release en masse, just so they can support a struggling platform that they love. Curve believes that this boomerang effect also applies to Wii U, and given the high percentage of Wii U gamers that buy almost any high-profile release simply to support the platform, they may be right.

Curve was pressed by IGN about whether Stealth Inc. 2 may one day migrate to other platforms, similar to games like Ninja Gaiden 3: Razor’s Edge and Rayman Legends, which were announced as Wii U exclusives, but later ported to Xbox and PlayStation platforms to try and boost sales. Curve responded by claiming that there are currently no plans to bring Stealth Inc. 2 to other platforms, but that they’ll see how it goes and what makes sense later.

While several planned Wii U exclusives not published by Nintendo eventually opted to go multi-platform, this isn’t the first time that a shift entirely to Wii U-exclusive development for a sequel to a game on competing platforms has caused a stir. Bayonetta 2 is also being made as Wii U-exclusive under a publishing deal between PlatinumGames, Sega and Nintendo, despite the original game being released for Xbox 360 and PlayStation 3, drawing the ire of many fans, yet also heavy celebration from Nintendo gamers.

We at Eggplante will be keeping a close eye on the development of Stealth Inc. 2, and will be sure to sneak you back any updates.