Square Enix may have sadly followed through on their prior claim that their highly anticipated RPG sequels, Final Fantasy XV and Kingdom Hearts III would be absent from E3 2014, but fortunately, they still had some exciting news about their marquee RPG series! In a shocking surprise announcement, Square Enix has confirmed that Final Fantasy Type-0, currently only available in Japan as a handheld game on PlayStation Portable, will be receiving an HD remake on PlayStation 4 and Xbox One, and said HD remake will be releasing in Western territories! 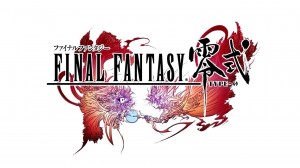 A misprint in the PlayStation Blog, one of the original sources of the news, originally claimed that the HD re-release would also be coming to PlayStation Vita as well as the PlayStation 4, but Square Enix has since stated that this is incorrect, and the post has since been amended. The release is only set for the PlayStation 4 and Xbox One, and no other platforms. Sorry, Vita gamers.

Nonetheless, this re-release will mark the first time that Final Fantasy Type-0 is being released outside of Japan. Fans have been incessantly requesting a localization of the RPG spin-off since its original Japanese release, with several fan translation patches being created so that English-speaking gamers can play in their native language after importing the Japanese game.

Ironically however, while this PlayStation Portable build of the game eventually released in Japan in 2011, localization plans stalled, and were no doubt exacerbated by internal management issues at Square Enix, namely in regards to the high-profile launch failure of Final Fantasy XIV Online’s original PC build. These problems, along with the imminent release of the PlayStation Vita in early 2012, combined with the lacklustre reception and sales of the PlayStation Portable in North America and Europe, ultimately led to Square Enix throwing up their hands and abandoning efforts to release Final Fantasy Type-0 outside of Japan.

Fortunately, all of that is finally behind us. While it’s currently without a release window and much in the way of solid details, Final Fantasy Type-0 HD will allow Square Enix to bring the lost game to the West for the first time!