At their Digital Event this morning, Nintendo unveiled amiibo (no capitals), their near-field communication (NFC) platform for Wii U and 3DS.

The technology, which many associate with Skylanders figures or mobile contact-less payment options, is already built-in to the Wii U GamePad just below the directional pad.

The unique factor in Nintendo’s figures is that they can both send and receive data, so that a player can build up their stats for Mario or Link, for example, and take they custom character to play with their friends on another console. 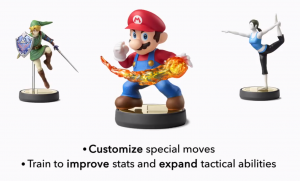 The figures, which don’t have a specific release date or price yet, will be compatible with Super Smash Bros. for Wii U when it launches this Holiday season, though details other than that the figures become playable characters in the game haven’t been given.

The Wii U GamePad will also be able to read non-Nintendo characters such as Disney Infinity and Skylanders figures, provided the latter are from the Trap Team series.

Nintendo hasn’t given specifics on how figures might be used in other games, though they have said there will be figures made for Mario Kart 8, Mario Party 10, Captain Toad: Treasure Tracker, and Yoshi’s Woolly World, the last two of which were announced this morning.

There will also be a Nintendo 3DS peripheral that will give the handheld similar functionality.

We’ll get our hands on amiibo at the Nintendo booth in a few short hours and report back with our findings!

Take a look at the video above to learn more! 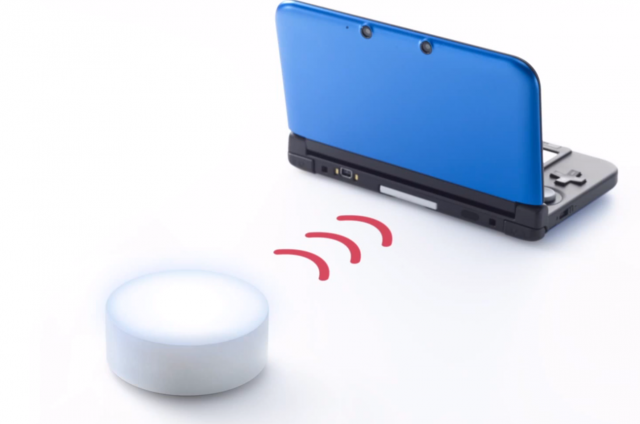