In the closed-door Super Smash Bros. developer roundtable hosted by Nintendo last night, Masahiro Sakurai announced that Pac-Man would be joining the battle in many forms.

The character’s main form will be the recent three-dimensional design of Pac-Man, focusing on his arms and legs to fight. However, he will be able to switch to 2D Pac-Man for some moves, as well as summon ghosts, as well as throw pixelated fruit and eat single-pixel Pac-Dots.

There is also a stage in the 3DS version of Super Smash Bros. that is based on one of the levels from the original game.

Nintendo released a trailer titled Red, Blue, Yellow (for Mario, Sonic, and Pac-Man, respectively) which shows off the new character’s moves and stage. 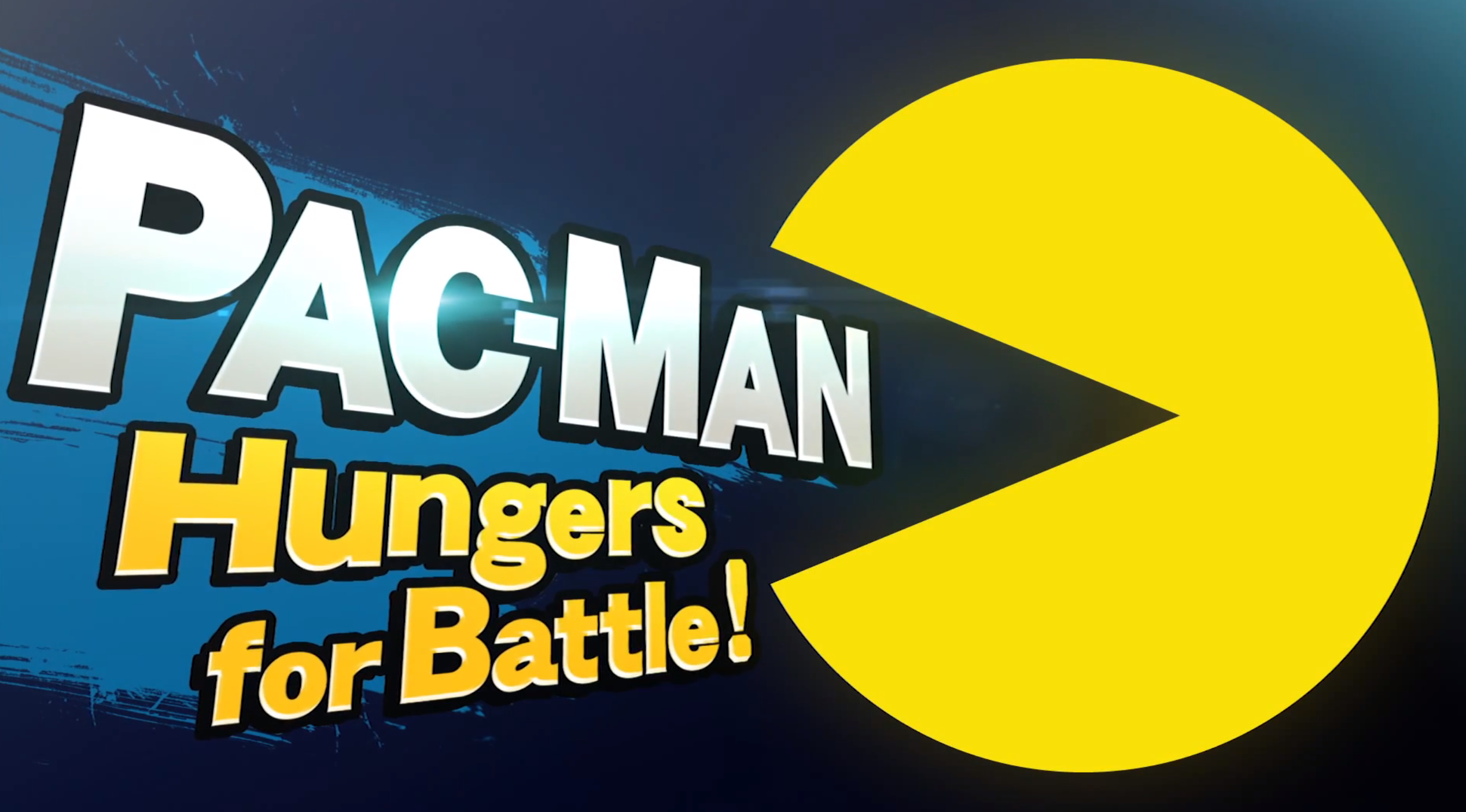