Naughty Dog has cemented the final details on what we can expect from their soon-releasing PlayStation 4 revamp, The Last of Us: Remastered, which includes some cool surprises!

First however, bad news for people hoping to upgrade their PlayStation 3 copy of The Last of Us on the cheap; Sony will not be offering any kind of discounted upgrade incentive for those who already purchased Naughty Dog’s survival-adventure opus for PlayStation 3.

On the bright side, The Last of Us: Remastered is being sold for a discounted price, around $54.99 for us Canucks. That’s noticeably cheaper than most other PlayStation 4 games, before the inevitable PlayStation Store discounts and depreciating retail value that would see the price of the re-release slide gradually over time anyhow.

The Last of Us has now sold upwards of seven million copies worldwide in its original PlayStation 3 incarnation, making it arguably one of the most successful new IP’s of last year, and one of the most successful new PlayStation 3 IP’s in general. This momentum was no doubt helped by numerous nominations and wins for Game of the Year 2013 across a slew of media outlets.

Naughty Dog is celebrating the milestone by authorizing a new batch of multiplayer DLC for the game, even though the previous plan was to cease making DLC after the launch of the recently-released Grounded expansion, which added four new maps to the Factions multiplayer component, new weapons, and new skills, as well as a super-tough new ‘Grounded’ difficulty for the single-player campaign. As with the previous multiplayer DLC, and single-player-exclusive Left Behind expansion, Grounded will be included free of charge on the disc/download of The Last of Us: Remastered. 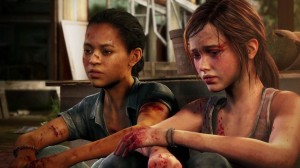 There weren’t any details on this prospective new DLC, but it was confirmed to be multiplayer-focused, with Naughty Dog also sadly confirming that there are still no plans to expand the single-player component of The Last of Us on either platform. Fortunately, they did confirm that the new DLC in question would release later this year, and would be cross-buy, along with any skins that players purchased already, meaning that both of which will be accessible in both the PlayStation 3 and PlayStation 4 editions of The Last of Us with only one purchase on either platform.

The Last of Us: Remastered not only includes all of the game’s current DLC for free, as well as an improvement to performance, visual effects and native 1080p resolution compared to its previous PlayStation 3 build, but will also pack in more options that Naughty Dog revealed today. The new PlayStation 4 edition will allow players to modify the controls, and will also allow players to lock the framerate at 30fps, though Naughty Dog advises against this, even if it may lead to greater stability during your play experience. New commentaries and a photo mode will also be included in the re-release, along with, naturally, Share Button functionality.

The Last of Us: Remastered has now concluded development, and will be publicly released very soon, on July 29th, exclusively for PlayStation 4.

Keep scavenging Eggplante for your news and updates related to The Last of Us.