At Comic-Con this year, Marvel teased that Bobbi Morse, better known by her nom du guerre, ‘Mockingbird’, would soon be joining the Marvel Cinematic Universe. Now, we know the details, including who will be portraying the deadly S.H.I.E.L.D. operative.

Adrianne Palicki has been cast as Mockingbird for the upcoming second season of Agents of S.H.I.E.L.D., and will debut during the fifth episode, with the chance to re-appear in later episodes of the second season. Palicki’s character is described as similar to her comic book counterpart, being a field agent of S.H.I.E.L.D., who will come into conflict with Coulson and his team. 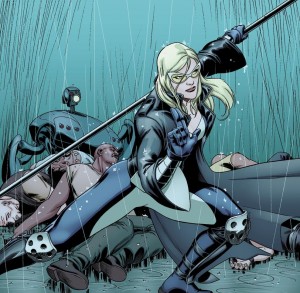 In the comics, Mockingbird is injected with a special serum that grants her enhanced strength and reflexes, similar to bigtime Marvel hero, Captain America. On Agents of S.H.I.E.L.D. however, it would appear that she’ll just be a regular human.

Adrianne Palicki is no stranger to genre fare, having a starring role in last year’s movie sequel, G.I. Joe: Retaliation. She’s ironically had a history playing DC roles as well, being a phony Kara Zor-El during a 2004 episode of Smallville, and starring as the title character in 2011’s failed Wonder Woman series pilot for The CW, which still lingers in development hell, particularly with Gal Gadot set to portray the character in 2016’s Man of Steel sequel, Batman v Superman: Dawn of Justice.

Keep spying Eggplante for all of your news and updates on Agents of S.H.I.E.L.D., and the Marvel Cinematic Universe at large.