Warner Bros. and NetherRealm Studios have just confirmed when we can expect their highly anticipated 2D fighter follow-up, Mortal Kombat X! The tenth mainline installment in the Mortal Kombat series, and second in the rebooted canon under Warner Bros., will arrive on April 14th, 2015. 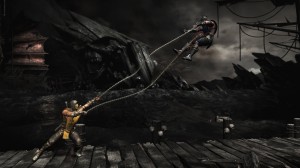 Mortal Kombat X will also offer a tantalizing pre-order incentive for early purchasers as well! Anyone who pre-orders the game on any of its platforms will get an exclusive additional fighter, specifically, series favourite, Goro. Goro has been one of the series’ most recognizable and beloved characters throughout its history, making his debut as the penultimate boss fighter in the original Mortal Kombat game from 1992, and having recurring appearances throughout the franchise ever since. The hulking, four-armed Shokahn warrior was even portrayed in live-action as a key villain in the 1995 Mortal Kombat movie by New Line Cinema, a studio that is ironically also owned b 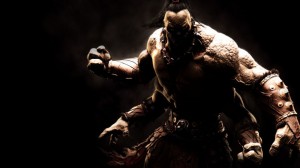 Mortal Kombat X will follow the events of 2011’s reboot game, simply titled, ‘Mortal Kombat’, and will feature a mix of classic and all-new fighters, with a refined fighting engine that brings the series to the next generation of hardware for the first time. The game has already received heavy promotion at various trade shows, namely during its proper reveal at Sony’s E3 2014 press conference, where new features such as the ability to use the environment in combat were shown off. Naturally, the game will maintain the series’ reputation for squeamishly gory and brutal violence, with the series’ trademark stomach-turning Fatality finishers back in full force for Mortal Kombat X.

Mortal Kombat X will release for PC, Xbox 360, PlayStation 3, PlayStation 4, and Xbox One next year. While it hasn’t been explicitly outlined, Sony has teased that the PlayStation builds of the game will have some sort of exclusive bonus, just like the previous game’s PlayStation editions, which exclusively allowed players to play as God of War protagonist, Kratos.

Keep combo’ing back to Eggplante for all of your news and updates on the Mortal Kombat series.