NOTE: Full spoilers for the pilot episode of Constantine are present in this review.

After DC has made a ploy to take over most of network television at this rate, NBC is throwing their own hat into the ring with a decidedly oddball choice; Constantine. Inspired by the DC/Vertigo comic book series, Hellblazer, and centering on the title character of exorcist and dark magic dabbler, John Constantine, Constantine presents a more dark and haunting option for what is normally a more bright and chipper network, and appears to be a replacement effort for Dracula, NBC’s previous attempt to defy their glossy, friendly image.

You may also remember the 2005 Keanu Reeves movie inspired by Hellblazer, also called Constantine, which was a movie that many fans weren’t happy with, given its radical deviation from the source material, particularly with the character of Constantine himself. If you were among the people who objected to the final product of that movie, you should be relieved to know that Constantine, the TV series is immediately far more faithful to the comics that inspired it, complete with the character once again being a blond, wise-ass Brit, and only omitting the network-refused smoking that is also a big part of Constantine’s character in the DC printed panels. 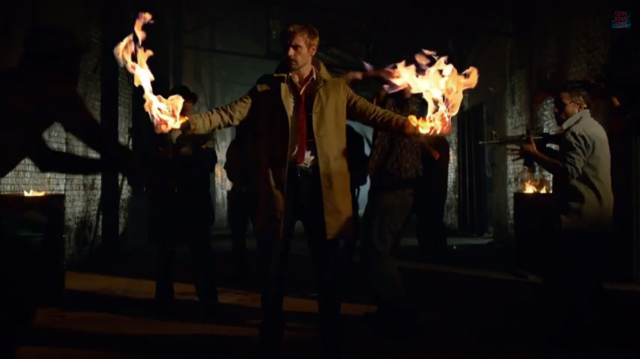 In fact, the premise of Constantine’s pilot is lifted directly from a particularly famous arc from the comic books, “Newcastle”, where Constantine is unable to save someone from being dragged to Hell, following a botched exorcism. To cope with the loss, in this case a nine-year-old girl, he has checked himself into a mental institution, and has volunteered to try and have his memories violently shocked away. After a spirit possesses a fellow inmate to try and get his attention however, Constantine is forced to check himself out, and do a favour for an old friend that he’s since lost– Protect his lost daughter with gradually awakening psychic powers that allow her to see the lost souls of the dead.

Immediately, one of the key strengths of the pilot, and this new show overall, is Matt Ryan in the lead role of Constantine. If you’re a gamer, his voice may sound very familiar to you, as he voices lead protagonist, Edward Kenway in recent action-adventure blockbuster, Assassin’s Creed IV: Black Flag. Ryan is perfectly cast, and exceptionally embodies every facet of the character that many have come to love from DC Comics. He’s rugged, smug and a bit of a selfish jerk, but still remains loveable and oddly charming. On top of nailing the character’s appearance as well, he truly is John Constantine, and makes any issues with Keanu Reeves’ big screen portrayal of the character feel like little more than a fleeting bad dream to fans of the comics. 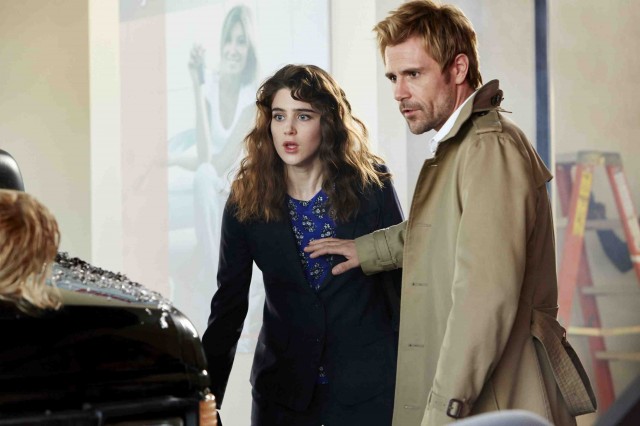 If there’s a weak link in the pilot on the other hand, it’s the original female lead, Liv, played by True Blood’s Lucy Griffiths. It’s not the fault of Griffiths, who does what she can with a dull character, but Liv just doesn’t have the edge or the backbone to be an adequate foil to Constantine. She just keeps asking questions, and doesn’t really do anything about the snippy, sarcastic, or otherwise vague answers she gets from Constantine. It’s a dynamic that, frankly, doesn’t work.

This is why it’s kind of unsurprising that Liv was ultimately written out of the show. An initial pilot was shown to certain convention attendees and the like, and that draft pilot ended up being leaked online several months early, but since then, the official pilot’s final ten minutes or so have been completely re-shot, making the revised, “official” pilot that aired on television provide an exit for Liv. Yes, I have seen both pilots, and yes, the “official” TV pilot that NBC aired has the superior climax and denouement of the two.

In the leaked draft pilot, Constantine and Liv confront the villain-of-the-week, a demon that manifests its power through electricity, as he possesses a security guard, and simply stays in that form throughout the climax. After Liv sees a crime scene that Constantine opted to ignore afterward, she is inspired, and goes back to Constantine while he drinks himself into a stupor at the local bar, with a map of all of the locations that need his help. It’s serviceable, but unremarkable as far as pilot conclusions go. 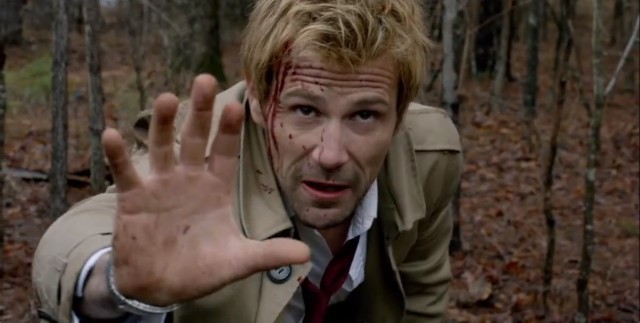 In the revised official pilot, the demon instead takes the form of Constantine himself soon after appearing as the guard, which makes the emotional dynamic of the scene hit a lot harder, especially when the demon attempts to trick Constantine by conjuring an image of the little girl he inadvertently damned to Hell. The dialogue is tweaked to generally have more impact and be more interesting, even if the progression of the scene is the same. After Liv goes to the same crime scene and witnesses the same demon-related murder that Constantine ignored, she instead gets scared off, and instead it’s Constantine’s familiar comic book buddy, Chas that confronts Constantine in the bar. This time, Chas brings the map that Liv conveniently drew up and left behind with her psychic abilities, and Constantine makes an off-hand mention that he protected her with a cloaking spell so that demons can’t see her, and any help she may provide him is not worth her life.

It’s an obvious re-write that sticks out even if you haven’t seen the draft pilot, but the revised pilot also adds in a cool extra scene right at the end too, which introduces the new female lead, Zed, as she furiously draws pictures of Constantine. If you aren’t familiar with the comics, Zed fills in Liv’s role as the female foil and potential love interest, having a better, more assertive edge that allows her to better play off of Constantine, and is often the victim of aggressive visions that she draws out as sketches.

To set your expectations, Constantine is airing on an FCC-regulated television network, and boasts a TV-14 rating, despite mainly being marketed to 20-and-30-somethings. Thus, the horror elements are pretty lightweight, and don’t serve as a draw for the viewer. Instead, the show moreso exists as NBC’s answer to The CW’s hit series, Supernatural, being a dark and creepy, but ultimately fun and adventurous TV romp. There may be themes about demons, ghosts, hauntings, damnation and the eternal struggle between Heaven and Hell, and considering the dense mythology, the pilot sets everything up remarkably well in just over forty minutes, but regardless, Constantine still puts entertainment first, and horror second. 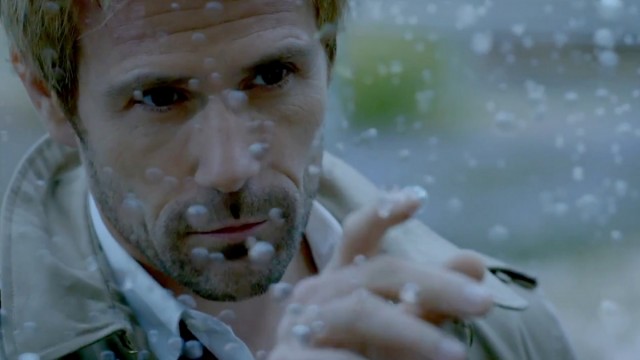 Still, that’s fair enough. The show achieves some solid atmosphere for a pilot episode, and it definitely stands as a superior live-action portrayal of Hellblazer in contrast to the Keanu Reeves movie. When stacked against this Fall season’s other new DC shows, it’s a bit more sharp and confident than Gotham’s slightly rougher pilot, even if it doesn’t fire on all cylinders quite as much as The Flash has since its debut episode. If you enjoy the other DC shows, Constantine provides a similar spirit of good, clean paranormal fun, even if it still effectively stands on its own.

Even if you just like the idea of a snarky demon hunter raising hell for Hell though, regardless of your taste in DC media, Constantine looks like it’s worth tuning into every week.

Pilot Review: Constantine
Constantine isn't much of a horror show, but it definitely succeeds as a fun supernatural romp, sporting a great lead, and an atmosphere-rich take on the world of Hellblazer with loads of potential as a series!
THE GOOD STUFF
THE NOT-SO-GOOD STUFF
2014-10-25
83%Overall Score
Reader Rating: (1 Vote)
80%