Disney has set some new dates for a handful of their upcoming live-action blockbusters, though has also shifted one of them out of 2015. 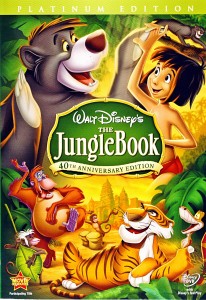 The Jon Favreau-directed The Jungle Book, a live-action version of a story that Disney made into an animated movie in 1967, will now come to theatres on April 15th, 2016. It was originally set to release this year, on October 9th, 2015. No reason was given for the movie’s delay, though its vacated date will now be filled by The Finest Hours, a coast guard thriller that Disney is also handling, and one that is being moved up from a previously planned release in 2016.

Ironically, Warner Bros.’ competing adaptation of The Jungle Book, the Andy Serkis-directed and seemingly less family-friendly Jungle Book: Origins, was also recently delayed out of its originally planned release date. The movie was first planned to release on October 21st, 2016, though will now release almost exactly a year later, on October 6th, 2017. The delay of the Disney movie slightly narrows the gap between these two adaptations, placing them about half a year closer together.

Fortunately, it’s certainly not all bad news. Two of Disney’s long-in-development movie projects finally have a date attached to them. The first of these is the remake of cult 1977 live-action/animated film hybrid, Pete’s Dragon, which has rapidly ramped up production lately, filling the rest of its lead roles in recent weeks. The Pete’s Dragon remake will come to theatres on August 12th, 2016. It centers on a young orphan boy named Pete who enters a small town, and who happens to be friends with a dragon that only he can see and interact with.

The second of the two long-awaited Disney projects is Ghost in the Shell, which recently cast Scarlett Johansson in its lead role. The live-action adaptation of the highly celebrated anime will come to theatres through Disney’s Buena Vista arm, on April 14th, 2017, almost a year to the day from Disney’s new 2016 date for The Jungle Book. As with the anime, the movie will revolve around a highly tech-based cyberpunk future, where a specialized police force called Section 9 battles against technological threats, which have escalated to the point where cybernetic implants can be hacked to control people. Unlike the anime however, the movie may not take place in Japan, which appears to be the case with Johansson being cast as the lead. 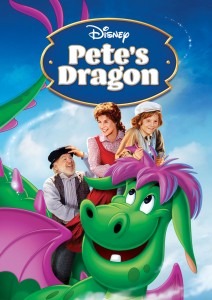 Disney has a very busy year ahead of them in 2015 regardless, with their various subsidiaries having numerous highly anticipated movie projects in the works. Disney’s first LucasFilm movie will release towards the end of this year, Star Wars: The Force Awakens, with Marvel delivering both massively anticipated crossover sequel, Avengers: Age of Ultron in May, and new movie property, Ant-Man in July. Disney-owned animation house, Pixar will also be releasing two movies in 2015, following the delay of The Good Dinosaur out of last year, which is now set for November. Beforehand, Pixar will also release another animated movie, emotion-based Inside Out in June. Disney themselves also have two big blockbusters on the way from their own studio arm, a live-action remake of Cinderella in March, and an adaptation of Disney theme park section, Tomorrowland in May.

Keep screening Eggplante for all news and updates on Disney’s upcoming projects.