After the trademark ended up being leaked online, mega-publisher, Electronic Arts has given official confirmation that the new Mirror’s Edge game will indeed be titled ‘Mirror’s Edge: Catalyst‘. 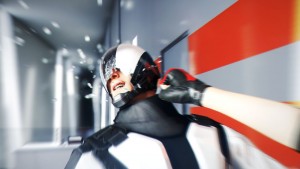 As with the original Mirror’s Edge, a beloved first-person cult action game for PC, Xbox 360 and PlayStation 3, Mirror’s Edge: Catalyst will be developed by DICE, who are currently hard at work on the reboot of Star Wars: Battlefront that will release later this year. Speaking a bit about the game, DICE spoke enthusiastically about how well it’s coming together, and reminded fans again that it’s incorrect to refer to the game as a sequel to its 2008 predecessor. Instead, Mirror’s Edge: Catalyst is something of a reboot with refined mechanics and all-new gameplay, though it will still star parkour-centric protagonist, Faith.

Keep running to Eggplante for all news and updates on Mirror’s Edge: Catalyst, and other developments in the Mirror’s Edge series.