Microsoft has gotten a bit of a jump on next month’s Games with Gold rewards, revealing which free games Xbox Live Gold members can redeem this coming July on Xbox One and Xbox 360. This also marks an oft-requested milestone for Games with Gold on Xbox One, as Xbox spokesman, Larry ‘Major Nelson’ Hryb has confirmed on his blog that, starting next month, there will be two free games offered per month for Xbox Live Gold members that own an Xbox One, and not just one! This is no doubt because the Xbox One game library has now filled out significantly since the Games with Gold program first came to the console shortly after its November 2013 launch.

The new Games with Gold rewards go live this coming Wednesday, July 1st. At this point, June’s free Games with Gold rewards will return to their original paid pricing for Xbox Live Gold members. As such, if you have yet to redeem Massive Chalice on Xbox One, or Thief on Xbox 360, you have until then to do so. Pool Nation FX may be staying on as a free reward yet again after several months, at least for a couple of weeks, though it may well be replaced afterward by the second free Xbox One reward for July, which strangely goes live on July 16th, and will stay live until August 15th, according to Major Nelson’s blog.

Regardless, let’s break down the free rewards for July on both consoles: 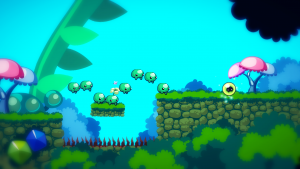 The second free Xbox One reward for July will be all-new indie offering, So Many Me, which Xbox Live Gold members can redeem for free starting on July 16th, and running until August 15th. Developed by Extend Interactive, and originally released last July on Steam for PC, Mac and Linux, as well as the ill-fated Ouya microconsole, So Many Me has received highly positive feedback from both critics and fans in its original Steam build most notably, and is coming to Xbox One for the first time next month. A highly charming and colourful puzzle-platformer, So Many Me puts players in control of kindly green blob critter, Filo, who must utilize an array of self-made clones to liberate his land from the throes of an ancient and powerful evil.

As for Xbox 360 owners with Xbox Live Gold subscriptions, they can look forward to the usual duo of games supplied over each half of the month, starting with Plants vs. Zombies from July 1st to July 15th. This Xbox Live Arcade incarnation of the highly beloved tower defense/strategy game has players building careful arrangements of plant defenders to keep hordes of marching undead from reaching their house. The Xbox 360 version of the game is also among the versions that features exclusive multiplayer functionality, allowing you to take down zombies with a friend. Aside from Xbox 360, Plants vs. Zombies is also available on PC, Mac, Google Chrome web browsers, iOS, PlayStation 3, PlayStation Vita, Nintendo DS, Nintendo DSiWare Shop, Android, Windows Phone, Blackberry Tablet, and BlackBerry 10. 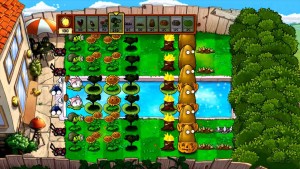 During the second half of the month, between July 16th and July 31st, Xbox 360 owners with Xbox Live Gold memberships can redeem Gears of War 3. The climactic chapter of the original Gears of War trilogy on Xbox 360, Gears of War 3 places players in control of Marcus Fenix, allied with Delta Squad once again. With the last haven of humanity sunk, and the human forces of the COG on their last legs, one last-ditch effort is mounted to strike back against the Locust Horde, when it’s revealed that Marcus Fenix’s father is not as dead as thought, and may have a way to extinguish the enemy forces once and for all. The game also sports an intense, strategic online multiplayer suite for up to sixteen players. Gears of War 3 is exclusive to Xbox 360, and since its initial launch in 2011, the game has received high praise from both critics and fans, with many considering it to be the series high point to date.

This is a pretty solid month for Xbox Live Gold members, even if it does seem like Microsoft is cheaping out a tad on the Xbox One end, by offering a reward that was already featured on Xbox 360 less than three months ago. Still, Xbox 360 owners with Xbox Live Gold memberships are getting a pretty solid deal with two highly superb games in Plants vs. Zombies and Gears of War 3, plus the ability to snag a proven excellent indie title like So Many Me for free out of the gate is also a nice incentive for the Xbox One user base. If you never owned an Xbox 360, or simply didn’t have an Xbox Live Gold membership at the right time, and have an Xbox Live Gold membership to go with an Xbox One now, Assassin’s Creed IV: Black Flag remains an excellent deal as well, if you didn’t grab it when it was offered for Xbox 360 in April. The game is massive, packed with activities, and is easily one of the best Assassin’s Creed games in the entire series to date. If you did get the free Xbox 360 download already though, there isn’t much reason to redeem the Xbox One version as well, as it’s completely identical to the Xbox 360 version, only slightly prettier, and featuring the built-in sharing and snapping capability of the Xbox One console.

Keep revisiting Eggplante for all news and updates related to Games with Gold, and other high-profile Xbox incentives.