UPDATE: Following our publication of the report on Mr. Iwata’s tragic death, Nintendo has clarified that both Entertainment and Development head, Shigeru Miyamoto and Hardware Integration and Research head, Genyo Takeda are serving as acting CEO’s of the company, until the Board of Directors appoints a successor to the late Mr. Iwata. Miyamoto is believed to be the frontrunner for the job, and will likely be offered it first, though Nintendo is said to be considering many options.

Consequently, Mr. Miyamoto has released a personal statement on the passing of Mr. Iwata, saying he is shocked and overcome with great sadness at the sudden loss of his friend and colleague. He does however assure fans and customers of Nintendo that the company will not abandon the mission of Mr. Iwata to create fun, accessible gaming experiences for worldwide audiences, and that Nintendo remains committed to its company’s current course.

Despite the positive buzz out of the recently-wrapped San Diego Comic-Con, the geek community was dealt a hefty blow as the weekend closes, along with one of its most beloved companies. Nintendo has just confirmed that its CEO, Satoru Iwata passed away yesterday, on account of a bile duct growth that was previously responsible for his missing both this year’s and last year’s E3. He was 55 years old. 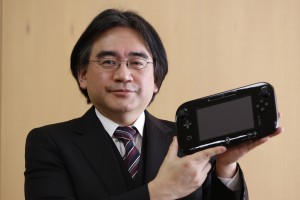 Iwata’s declining health appeared to be on the mend after the growth was discovered last year, following a successful operation to remove the publicized obstruction. After a period of absence, he returned to his duties as company CEO, including hosting Nintendo’s trademark Nintendo Direct broadcasts, wherein Iwata, along with other Nintendo bosses such as Nintendo of America President, Reggie Fils-Aime, Nintendo Entertainment and Development director, Shigeru Miyamoto, and Nintendo Treehouse head, Bill Trinen, showcase and discuss upcoming game projects on Nintendo platforms, as a way of transmitting accurate and reliable information directly to fans. Iwata’s continued presence during the Nintendo Direct broadcasts made him one of the gaming industry’s most charming and well-known CEO’s. He even made an appearance in the Nintendo Digital Event out of E3 this past June, despite the return of the growth preventing him from actually traveling to the expo, where he cheekily poked fun at his own legacy of internet memes, alongside Fils-Aime and Trinen.

Alongside Nintendo Direct, Iwata also pioneered the Iwata Asks column of interviews for Nintendo’s online presence as well, wherein developers working with Nintendo would shed light on their insight and thought process, drawing back the veil a tad on a company that is normally well-known for being especially secretive. As with Nintendo Direct, Iwata Asks was a well-received initiative, and one that made Nintendo more accessible than ever.

Iwata began his time with Nintendo during the 1980’s, where he started out as a programmer for HAL Laboratory, the developer of the Kirby franchise. His most noted accomplishment in game development is the creation of Kirby’s world of Dream Land, back when it got its start in 1992, within Kirby’s Dream Land on the Game Boy. He also served as co-producer on highly beloved cult Super NES RPG, Earthbound, alongside franchise creator, Shigesato Itoi. Iwata became a company director in 2000, and was made company president in 2002, succeeding the then-retiring Hiroshi Yamauchi, the man who first got Nintendo off the ground as a gaming company, and who has now also unfortunately passed on.

Iwata built his company platform at Nintendo on increased accessibility for not only existing customers, but any potential customers, which he fully implemented after the launch of the Nintendo GameCube console, the in-development build of which marked his predecessor’s last hardware project. Iwata’s platform led to the launch of the Nintendo DS handheld in 2004, and the Nintendo Wii console in 2006, both of which were enormous successes, and opened the floodgates of gaming to an entirely new paradigm and audience. Iwata then oversaw development of the Nintendo 3DS handheld, another device that has been incredibly successful worldwide, despite the aggressive competition of the smartphone market and mobile games. Iwata oversaw development of the company’s infamously struggling Wii U console as well, and the highly successful but infamously under-stocked line of NFC Amiibo figures, making his run a time of high’s and low’s, but when it comes down to it, the high’s outweighed the low’s. 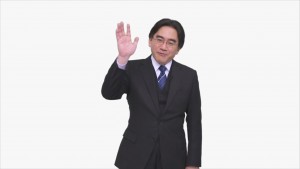 Naturally, Nintendo has not yet announced who will be taking Iwata’s place as Nintendo CEO. The news will no doubt be announced shortly, particularly since the company is hard at work on a busy slate of games for this Fall and early next year, along with an all-new game platform code-named ‘Nintendo NX’, which the company will formally reveal to the public next year.

Iwata was admired by many for his friendliness and sense of humour, including by us, and he will most certainly be missed. We join Nintendo, and numerous developers who worked with him in making the game industry better, in thanking Mr. Iwata for his many years of service, and for his innovations, both bold and controversial.

Stay tuned to Eggplante for all major news and updates out of Nintendo.