There was some debate about whether we’d have to wait until next year to see Marvel Cinematic Universe-set upcoming Netflix Original Series, Jessica Jones, especially after the highly acclaimed feedback awarded to sibling MCU-set series, Daredevil already. Fortunately, that’s not the case, as Netflix has just given a Marvel-dedicated update at the Television Critics Association tour, where they officially confirmed that the first season of Jessica Jones will go live before the end of 2015, and that’s now set in stone. 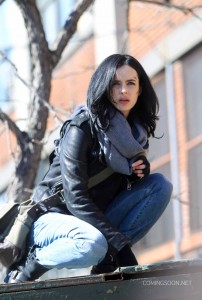 Netflix pegged Jessica Jones for the end of the year, likely placing it in November or December for its 13-episode debut. The series will explore another angle of New York’s run-down neighbourhood of Hell’s Kitchen, as introduced in Daredevil’s first season that premiered this past April, which was heavily damaged and turned into a dark, crime-ridden cess pool after the alien attack that took place during the climax of 2012 blockbuster movie, The Avengers. Title character, Jessica Jones, played by Breaking Bad’s Krysten Ritter, will function as a retired superheroine that has opened a private detective agency, specializing in solving cases related to super-powered individuals. The series will also star Mike Colter as fellow Marvel hero, Luke Cage (who will spin off into his own Netflix series in 2016), Rachael Taylor as Jessica’s best friend, Trish “Patsy” Walker, Carrie-Anne Moss as another authoritative ally, Jeri Hogarth, and David Tennant as principal antagonist, Kilgrave, better known as Marvel villain, Purple Man.

Along with confirmation that we will see Jessica Jones on Netflix this year, the streaming provider also gave an update on plans for future Netflix-exclusive Marvel media. With Daredevil being renewed for a second season next year, questions were raised about potential future seasons for the other planned Netflix Original shows set in the MCU, namely Jessica Jones, Luke Cage and Iron Fist, along with the crossover miniseries that they will later share with Daredevil, The Defenders. As we can expect, future seasons will come down to viewership and fan feedback. If the demand is there, any Marvel series is fair game for a new season, even if Netflix is taking them one season at a time.

Netflix did however state that the plan for The Defenders is unchanged with the renewal of Daredevil for Season Two next year, and that the miniseries is still planned for after the initial seasons of all four planned Netflix shows go live, still likely placing it in approximately 2018 or so. Netflix also hopes to announce a showrunner and lead actor for the fourth planned Netflix Original Series set in the MCU, Iron Fist as soon as possible, as it’s the only show that lacks either at this point, though they admit that a final decision has not been made on either count. They also state that things are a little more complex when it comes to Marvel announcements, particularly since they must adhere to operating in a shared universe with every other in-house live-action Marvel movie and show, so fans will need to be patient. 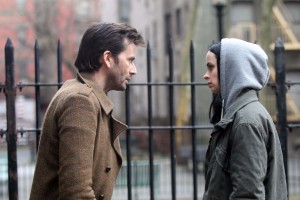 Netflix claims that, should new seasons be ordered for any of their Marvel shows, the plan is to stagger them so that they offer about two per year, at about six months apart. This is likely to avoid oversaturation of Marvel media on their service, while also mimicking the schedule that movie division, Marvel Studios currently holds for their big screen offerings set in the shared MCU, which currently stand at two per year, not counting separate Marvel projects in the dedicated Fantastic Four and X-Men film franchises done by 20th Century Fox, nor independent Spider-Man movie projects by Sony Pictures. Competitor, DC Entertainment is also starting a two-movie-per-year schedule in 2016 for their own shared DC Movie Universe that began with 2013 Superman reboot movie, Man of Steel, which is currently mapped out through to 2020. Starting in 2017 however, Marvel will be upping their in-house movie count for the MCU to three movies per year instead of two, though only two movies have been announced for 2019 so far, with projects beyond currently being unconfirmed. 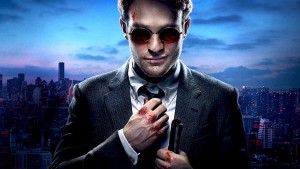 Moving on to the upcoming second season of Daredevil, which will serve as the vehicle that will introduce brutal Marvel anti-hero, The Punisher to the MCU, Netflix directly addressed questions about a potential Punisher-centric spin-off series on Netflix to follow the new season of Daredevil, stating that it’s definitely possible. Again, it will come down to fan feedback and demand. Netflix also teased that any of their shows’ characters are fair game for appearances in Marvel’s in-house MCU movies as well. This fueled speculation that Charlie Cox’s Daredevil may make an appearance in next year’s upcoming Marvel movie blockbuster, Captain America: Civil War, which will hit theatres on May 6th, 2016, particularly since Daredevil did appear in the Marvel Comics arc that inspired the movie. Kingpin actor, Vincent D’Onofrio also previously expressed interest in serving as the villain in an upcoming Spider-Man movie, since Kingpin is a Spider-Man villain as well as a Daredevil villain in Marvel Comics, even if his affiliation with Daredevil is much more pronounced, on account of being considered The Man Without Fear’s arch-nemesis.

Keep investigating Eggplante for all news and updates on Jessica Jones, Daredevil, The Defenders, and other updates in the MCU, both on Netflix, and everywhere else.