There have been a lot of beautiful limited edition consoles out there–we did a roundup of our favourites not too long ago–but this one may just be the most stunning. 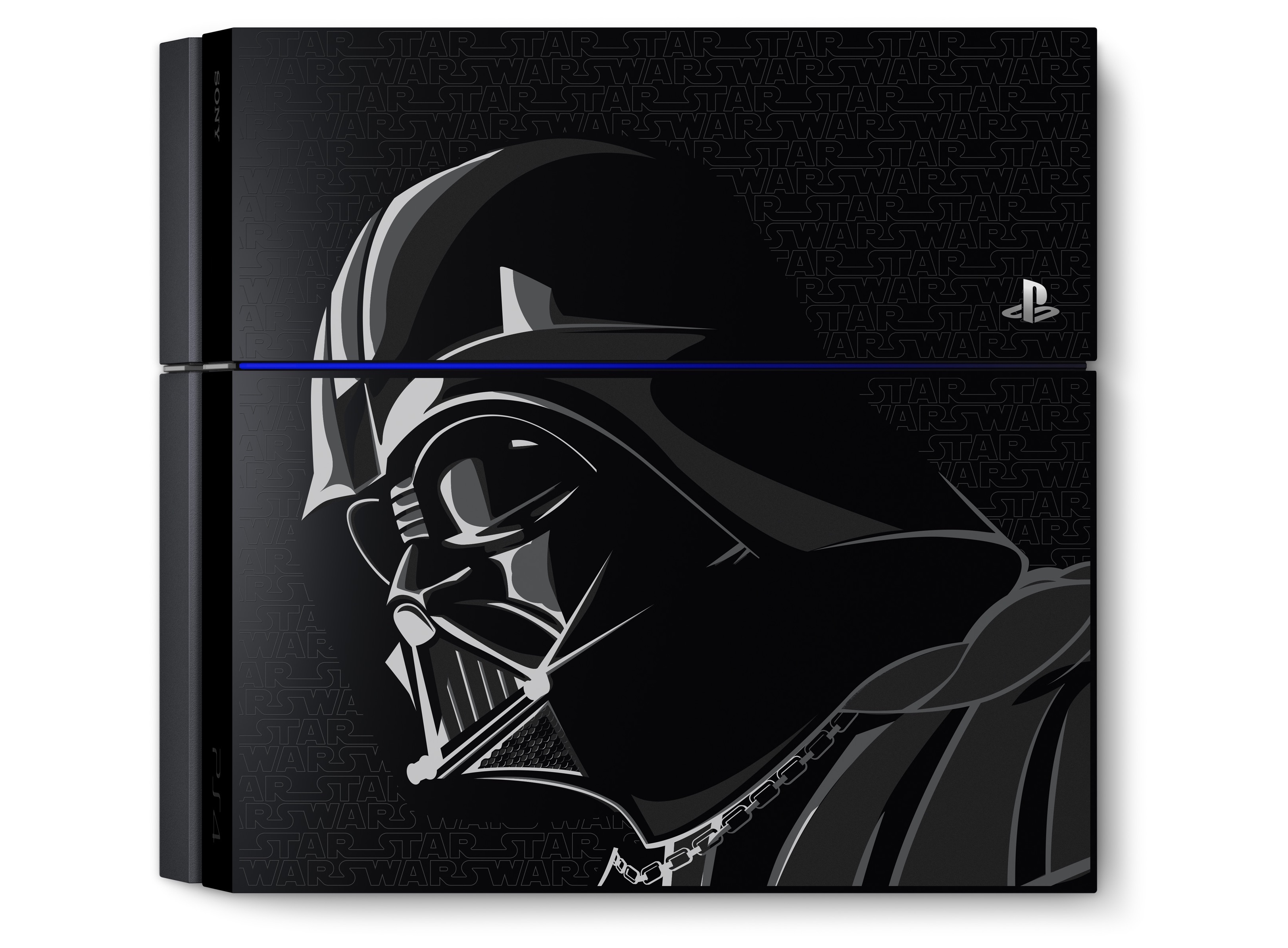 Perhaps it’s the mix of new Star Wars and old Star Wars or that the imagery is simple yet bold, or maybe just that the gloss black works so damn well with the smooth lines of Vader’s helmet. Whatever it is, the Star Wars Limited Edition PlayStation 4 is unbelievable.

The console itself is a slick glossy black, etched with Star Wars logos throughout its face, with Vader’s profile broken only by the blue power light on the console.

This fall, gamers can get their hands on the bundle with two different games: Star Wars Battlefront (duh) and Disney Infinity 3.0 which includes two huge Star Wars expansions, Twilight of the Republic and Rise Against the Empire. The Infinity bundle will be a Walmart exclusive.

Both bundles will come with four classic Star Wars titles via download code, none of which have been available on PS4:

We applaud Sony for making a unique console available with both of the company’s bundles this holiday season. It should successfully appeal to both the hardcore gamers as well as fans of the toys-to-life genre and those who love Disney Infinity.