NOTE: Some spoilers regarding a post-credits scene for this past July’s Marvel Studios movie, Ant-Man, and some of the heroes’ status after this past May’s movie, Avengers: Age of Ultron, are present in this article.

One of 2016’s most anticipated movies already is arguably Marvel Studios’ next Marvel Cinematic Universe-set feature, Captain America: Civil War. Despite the title, the Summer kick-off blockbuster is an Avengers-level crossover flick that will adapt one of the most famous Marvel Comics events in recent years, and one that was recently revived in the full Marvel Comics reboot of Battleworld. One of the biggest questions surrounding the movie, beyond its actual villain that Daniel Bruhl will be portraying (answer: It’s Cap villain, Baron Helmut Zemo), is how wide a scope the MCU hero conflict will occupy, and exactly which heroes will be taking sides in Iron Man’s pro-government movement, and Captain America’s anti-government rebellion in the question of superhuman regulation.

Now, we have our answer. Disney and Marvel have released a set of concept art that details the heroes confirmed to be fighting in the titular Civil War, and whose side they will be on. You can check out the collection of art below: 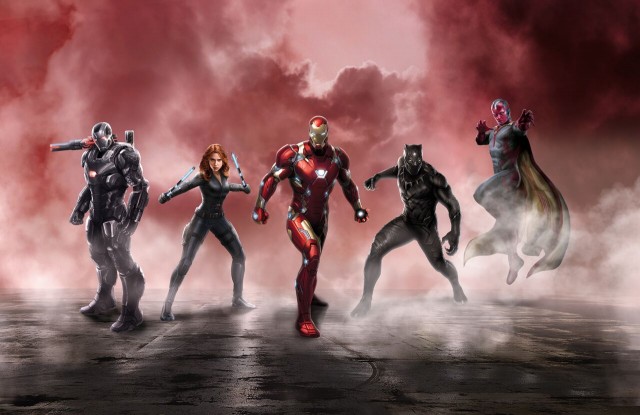 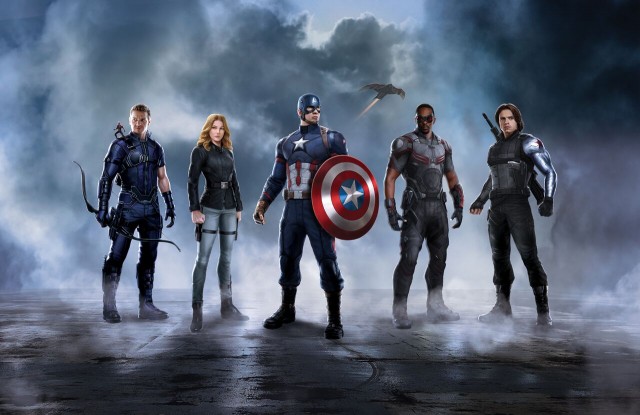 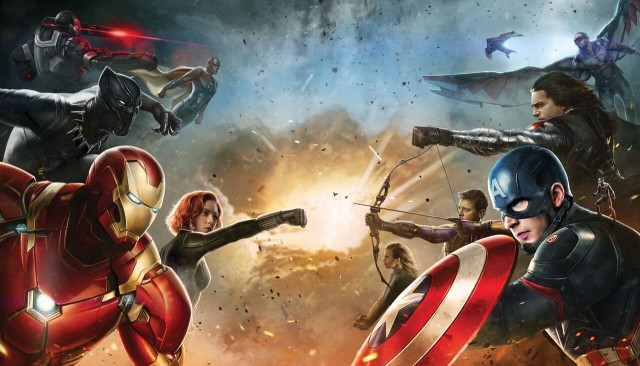 Well, there we have it. On Iron Man’s pro-registration side, stands Black Widow, Black Panther (debuting for the first time in the MCU within this movie, before his own solo movie in 2018), Vision and War Machine. On Captain America’s anti-registration side, we have Hawkeye, Winter Soldier, Falcon, Ant-Man, and, most surprisingly, Agent 13/Sharon Carter, who is now definitely going to have a much more active role in the plot, after she was introduced as a more passive presence in last year’s mega-hit Marvel Studios blockbuster, Captain America: The Winter Soldier. This also confirms rumours that friends and co-spies, Black Widow and Hawkeye will end up on opposite sides of the conflict.

Marvel fans may be a bit bummed that the conflict will obviously be on a far smaller scale in this movie than it was in both renditions of Marvel Comics lore, but still, the team-ups do make sense, especially with Thor and Hulk going AWOL after the conclusion of Avengers: Age of Ultron back in May. Marvel has also previously confirmed that the events of the third Thor movie, 2017’s Thor: Ragnarok, unfold immediately after Avengers: Age of Ultron, and would logically take place concurrently with those of Captain America: Civil War, so it’s likely that Thor won’t even be aware of the conflict, let alone participating in it, as he’ll no doubt have his hands full with other matters in Asgard.

Anyhow, War Machine siding with Iron Man is a given, just as Falcon taking up arms with Cap is predictable. More shocking is that Black Widow would put her well-established friendship with both Cap and Hawkeye on the line by siding with the Pro-Registration movement, which Hawkeye would naturally be against, given the reveal of his having a family to protect in Avengers: Age of Ultron. Black Panther being on the Pro-Registration side also makes sense, since he’s the king of fictional African nation, Wakanda, and has diplomacy to consider for the good of his people, particularly with rumours surfacing that T’Challa is none too thrilled with the Hulk rampage that took place on his country’s borders during Avengers: Age of Ultron. We also could have guessed that Winter Soldier and Ant-Man would fall on the Anti-Registration side, after a post-credits scene in Ant-Man had Cap and Falcon locating Winter Soldier, before Falcon recommends the services of Ant-Man to help them escape as fugitives, after Ant-Man outwitted Falcon when he had to break into the New Avengers Facility to grab something for Hank Pym. As for Vision falling on the Pro-Registration side, well, that could be for any number of reasons. He’s a complex fellow, as we saw during his debut in Avengers: Age of Ultron. 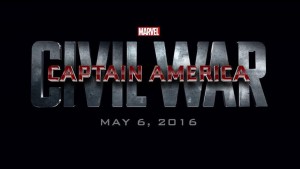 There is something else conspicuous however, namely that several characters you might expect to be in the art are missing. Where’s Scarlet Witch? Might she be abstaining from the battle, after the death of her brother, Quicksilver during the climax of Avengers: Age of Ultron? We know that Elizabeth Olsen is reprising her role for next year’s movie, but she may end up being more in the background at this point.

Also conspicuously absent is Spider-Man, whom Tom Holland will be debuting for the first time in the MCU during Captain America: Civil War, as numerous reports have already confirmed, before starring in his own reboot movie for the Web-Slinger in 2017. Spider-Man may end up not taking a side either, particularly since his youth is supposed to be a big part of his MCU portrayal, but he’s said to play a key role in the movie nonetheless. Another theory could also be that Marvel Studios doesn’t want to reveal the MCU Spider-Man costume yet, which they would have had to do with this concept art, though the costume is said to be completed, and approved by Marvel brass, with Holland also already being fitted for it successfully.

Lastly, it would seem that the MCU’s Daredevil is also not present in the conflict, which may disappoint fans of the debut season of his brilliant Netflix series from this past April. This doesn’t rule out Charlie Cox’s Man Without Fear making an appearance in the movie another way though, and the same is true of Krysten Ritter’s Jessica Jones, who will be debuting her own Netflix series set in the MCU later this year.

Regardless of how it all pans out, Captain America: Civil War will come to theatres on May 6th, 2016.

Keep mobilizing Eggplante for all news and updates on Captain America: Civil War, and other high-profile developments in the MCU.