With The CW’s DC Comics-inspired ensemble drama series, Legends of Tomorrow, the latest expansion of the network’s shared DC Television Universe, officially beginning production today, the network has shared our first look at two of the biggest DC heroes that will headline the series. Get your first look at Ciara Renee’s Hawkgirl and Falk Hentschel’s Hawkman below: 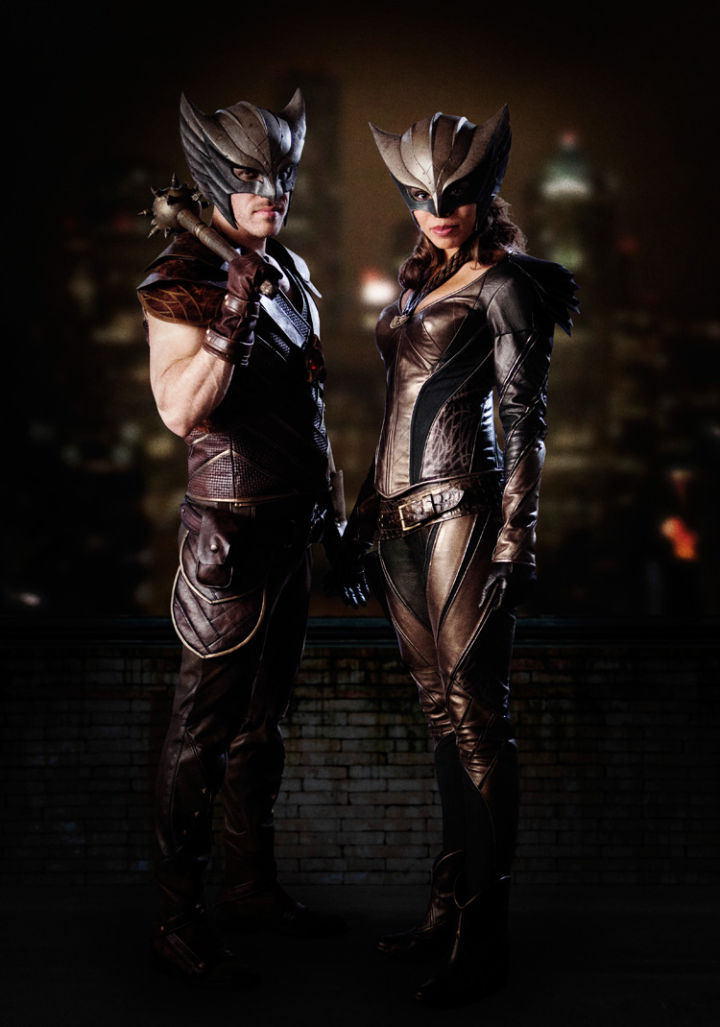 Hawkgirl and Hawkman are two of the bigger DC heroes within the DC Universe pantheon, both being continuously resurrected warriors and lovers who originated from ancient Egypt. Both are not only very capable fighters with potent, enchanted weaponry, but can also fly freely through the skies, thanks to the gravity-defying properties of the mystical Nth Metal, which they hold within their belts.

The DC Television Universe’s Hawkman will be Carter Hall, the DC pantheon’s most frequent and well-known Hawkman, though its Hawkgirl will instead be Kendra Saunders, a more grounded and alternate take on the heroine from the parallel Earth-Two, who derives her abilities by less magical means. Saunders inherits the memories of original Hawkgirl, Shiera Hall however, and in Legends of Tomorrow, she’ll still have the, “Past lives complex”, as fellow lead, Dr. Martin Stein puts it.

Legends of Tomorrow will premiere in early 2016, and will bring together several heroes and villains established on Arrow and The Flash to stand against the machinations of immortal warlord, Vandal Savage, whose armies and plots are poised to tear apart time itself. The series is also set to star DC heroes, The Atom, Firestorm, White Canary and Rip Hunter, as well as villains, Captain Cold and Heat Wave.

Keep flying to Eggplante for all news and updates on Legends of Tomorrow, and other developments in the DC Television Universe.