With Microsoft recently pulling back the veil on this coming November’s selection of free Games with Gold rewards on Xbox platforms, Sony has now revealed the six free games that PlayStation Plus members will be able to redeem for free this coming November. 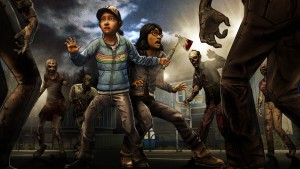 Without further ado then, let’s see what’s on the docket for next month:

To start, on PlayStation 4, PlayStation Plus members will be able to redeem The Walking Dead: Season Two in its entirety. This five-episode narrative-driven adventure game continues the adventures

of young girl, Clementine, now entering adolescence as the brutal zombie apocalypse continues. We reviewed The Walking Dead: Season Two when it initially concluded for last-gen hardware in 2014, praising its storytelling and production values, even if we considered it to be inferior to the first ‘season’ of episodes overall. The Walking Dead: Season Two is also available for PC, Mac, Xbox 360, PlayStation 3, iOS, Android, Ouya, PlayStation Vita, and Xbox One.

The second free PlayStation 4 reward for November will be Magicka 2, a co-op adventure game set in a fantasy world. The game utilizes a skill-based magic system that has multiple players teaming up with magic-based characters set within a world inspired by Norse mythology. The game received decent reviews when it launched earlier this past May, with its co-op mechanics and combat being praised, even if its bugs and dependence on playing with others were criticized. Magicka 2 is also available on PC.

Next, the first PlayStation 3 rew 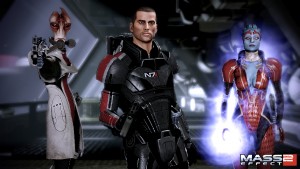 ard for November will be Mass Effect 2. The middle chapter of EA and BioWare’s highly celebrated trilogy of sci-fi action-RPG’s, Mass Effect 2 has Commander Shepard and their allies undertaking a dangerous suicide mission, to try to curb the impending invasion of the unstoppable force of Reapers, which are set to expunge most of the life from the galaxy. Mass Effect 2 was received very well, with its production values, story and combat all being extensively praised, though the PlayStation 3 port of the game was considered inferior and less stable than its sibling PC and Xbox 360 ports.

The second PlayStation 3 reward for November will be Beyond Good & Evil HD. This enhanced re-release of the cult classic action-adventure game by Ubisoft places players in control of Jade, an investigative photographer seeking to unearth an alien conspiracy unfolding on her planet. Despite poor sales when the game initially launched for PC, GameCube, PlayStation 2 and Xbox back in 2003, Beyond Good & Evil received high acclaim for its innovative play mechanics and intriguing setting and plot, and is one of the most beloved cult classics in gaming, with a sequel constantly demanded, even today. Beyond Good & Evil HD is also available for Xbox 360. 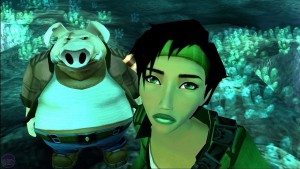 Finally, the first free PlayStation Vita reward for November is Dragon Fin Soup. This will be an all-new release on the PlayStation Store for November 3rd, and will be a blend of strategic action-RPG and roguelike elements, as players take control of a hard-drinking bounty huntress seeking her next big score. Both epic and satirical, Dragon Fin Soup promises over sixty hours of gameplay. The game will also be cross-buy with a PlayStation 4 port and PlayStation 3 port releasing on the same date, so redeeming any version will net you the others for free as well! Dragon Fin Soup is also planned for release on PC, Mac and Linux. 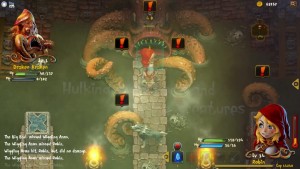 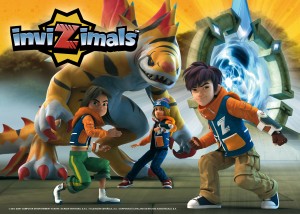 This is a pretty strong month for PlayStation Plus overall, with even PlayStation 3 owners getting some pretty fantastic goodies in Mass Effect 2 and Beyond Good & Evil HD. The Walking Dead: Season Two in particular is also a pretty solid prize for PlayStation 4, even if Magicka 2 is best enjoyed with a group of friends. PlayStation Vita is a little more hit-or-miss, since Dragon Fin Soup presents pretty strong value, though it’s doubtful that many will be interested in Invizimals, and if it truly is a last-gen PlayStation Portable game, as the evidence suggests, then that’s a particularly weak reward for this month, continuing to rend the wound of Sony failing to support the PlayStation Vita properly.