With its official return to its usual Thursday night timeslot today, The Big Bang Theory delivered a very poignant and emotional episode with “The Spock Resonance”, but one that was also quite funny. It was one of the strongest episodes so far this season overall, working as a great tribute to the late Leonard Nimoy, and also to the legacy of Spock and how it relates to Sheldon, as some very personal secrets of Sheldon’s come to light.

Most of the episode involves Sheldon being suggested by Wil Wheaton as the subject of a documentary that Leonard Nimoy’s son, Adam Nimoy, guest starring as himself, is shooting to honour his late father, and how his Star Trek character, Spock influenced an entire generation of people. What makes this joke even funnier is that this documentary, called For the Love of Spock, is actually being made by Adam Nimoy in real life, and is currently in post-production for a public release in 2016. That helped to give the show an even greater air of grounded relatability with this storyline, as the documentary started to dig into Sheldon’s upbringing and personal history. 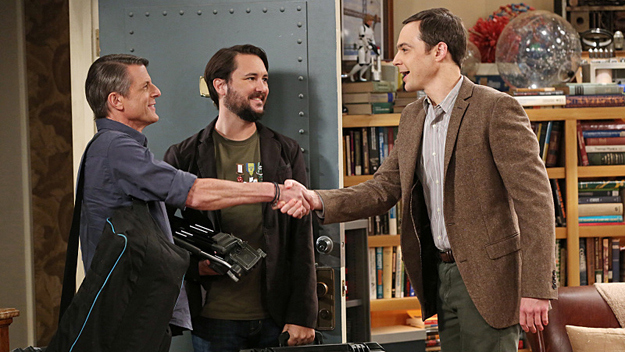 Most of the episode put Sheldon front and center and did little else, but this was fine, since the writing was so incredibly strong, as was the humour. Sheldon recounts how he tried to channel Spock to confront bullies, his abusive brother, and a general sense of social isolation. He looked to Spock as an ideal about having a fully cold, emotionless existence where logic is the only constant, and unpredictable feelings have no place. That’s the world that Sheldon lives in within his own mind, or so he thinks.

This plot does lead into some very funny gags, like the reveal that Sheldon installed both a floor safe and wall safe in the apartment without Leonard’s knowledge, and also that he put a security camera in one of the Aquaman collectibles that inadvertently recorded Leonard and Penny doing some sort of unspeakable sex act on the couch. The statement by Penny that she’s amazed that Sheldon still sits on that couch afterward was pretty hilarious to boot. Even then though, this wasn’t the key thing that made this story such a slam dunk.

The real high point came when Sheldon is going through one of the safe contents, which contains the napkin that Leonard Nimoy signed and wiped his mouth on that Penny gave Sheldon as a present quite a few years back, and Sheldon ends up nonchalantly divulging that he nearly proposed to Amy, showing the engagement ring that he planned to give her before Amy dumped him. Naturally, Penny and Leonard react pretty strongly to this, though this leads to Sheldon flipping out, and trying desperately to suppress his lingering emotion for Amy. This was excellently brought home by Penny of all people pointing out the fact that Sheldon is missing the point of Spock, who tries to suppress his human side to favour his logical Vulcan side, but is ultimately unable to escape his own humanity, despite the fact that said humanity makes him a better person in the end. It was unusually wise insight from Penny, and it’s true.

Things end off with Sheldon making the bold decision to go and propose to Amy to finally end all of the emotional probing, though when he arrives at her apartment, he sees her kissing a date goodnight, and sees that she’s apparently moved on. He’s left to do nothing but walk back home in a pretty morose scene, though at least we get a funny epilogue gag afterward, where Sheldon watches an old Star Trek episode, then laments how much television lied to him.

The Sheldon plot was really fantastic this week, and could have carried the episode on its own, I imagine. Still, we did get a subplot, coming in the form of Bernadette declaring to Howard that she wants to redecorate the house. Howard, being sentimental about his dead mother and the father that abandoned him, constantly refuses, but Bernadette forces him to accept that at least one room is changing, even when Howard unsuccessfully tries to rope Raj into helping to keep the house the way it is. 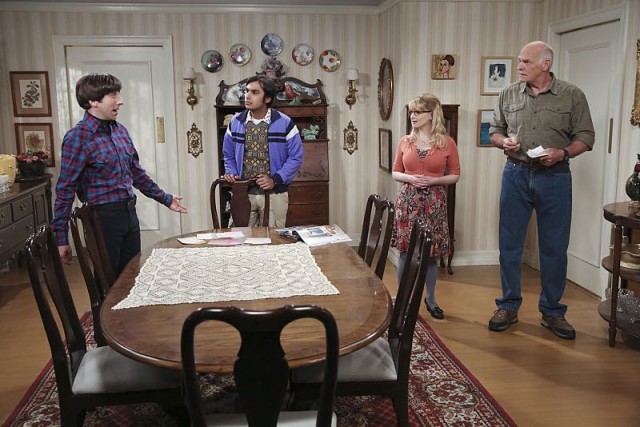 When Bernadette’s father measures the dining room wall for demolition, Howard makes the excuse that it’s a load-bearing wall and can’t be demolished, which forces him under the house to check, with his father-in-law. Here, Bernadette’s father makes an off-hand comment about turning a room into a nursery, but laments that Howard doesn’t want children. Howard is naturally confused, since it’s Bernadette that doesn’t want children, and this actually leads to an amusing turning of the tables for Bernadette (after she pathetically fakes an earthquake that leads to a dust heap collapsing on the two men), who is now on the receiving end of scrutiny from her husband and her father.

Unfortunately, this is the one place where the episode seemed to falter. The sudden gear change from redecorating to discussing Howard and Bernadette having children sort of felt like it came out of nowhere, and it left the whole redecorating plot ultimately unresolved. Bernadette conceding that she could consider kids in the future, despite not wanting them in the present, was kind of promising, but it doesn’t change the fact that this storyline ultimately felt crowbarred in, possibly to set up a new development for later in the season. Maybe Bernadette will be pregnant in the Season Nine finale next Spring? 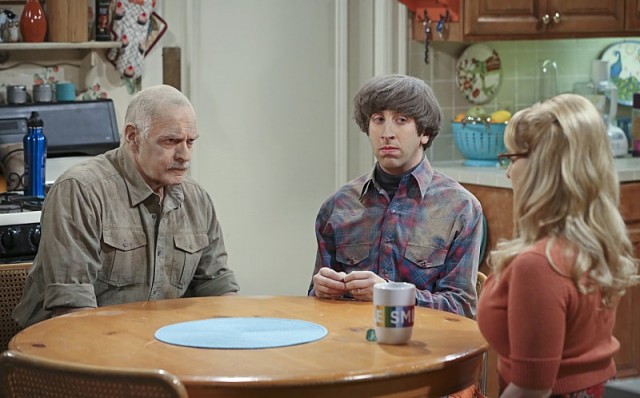 In any case, “The Spock Resonance” was a particularly superb episode for The Big Bang Theory, which Sheldon absolutely dominated within the main plot. The subplot wasn’t quite as strong, but it still had just as many good jokes, so you’ll still get your share of laughs out of even the weaker writing. Sheldon has had to yet again be put through the emotional ringer, but that’s not so bad when it leads to material this good. As much as Sheldon doesn’t want to admit it, he really does have a heart after all.

The Big Bang Theory 9.7: "The Spock Resonance" Review
The Big Bang Theory delivered a particularly outstanding Sheldon plot this week, as some funny and emotional insight was provided into Sheldon's upbringing and personal history, even if the subplot at the Wolowitz house didn't feel quite as smoothly executed.
THE GOOD STUFF
THE NOT-SO-GOOD STUFF
2015-11-06
90%Overall Score
Reader Rating: (1 Vote)
91%