Uncharted 4: A Thief’s End has suffered delays already, but it looks like another one will be necessary to realize the ambitious PlayStation 4 exclusive. Speaking on the PlayStation Blog today, developer, Naughty Dog has confirmed that the game will miss its previously projected March 18th launch date, and is now set to release on April 26th of next year instead. 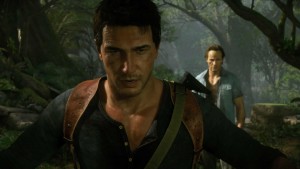 Originally, Uncharted 4: A Thief’s End was targeting a release for this Holiday, before being pushed to next year. Naughty Dog has cited that this latest delay is necessary to make absolutely sure that the game has the necessary polish to live up to its massive expectations. They also reiterate that the game is their most ambitious Uncharted offering yet, along with the series’ first original entry to be built explicitly for the PlayStation 4 hardware, necessitating an even more rigorous attention to quality assurance.

Uncharted 4: A Thief’s End, as the title suggests, is claimed to be the final game in protagonist, Nathan Drake’s saga, though given the Uncharted franchise’s enormous critical and commercial success, it’s unlikely that Sony will simply abandon it after this latest entry. The game involves Drake’s long-lost brother, Sam suddenly returning, with the promise of Nate’s biggest score yet. Now married and attempting to give up the life of the treasure hunter however, Nate must weigh the values of both his old family and his new one, and decide what the score is really worth.

If you’re a PlayStation 4 owner with an Uncharted fix, don’t forget that you can prepare for this apparent finale by picking up the recently-released compilation offering, Uncharted: The Nathan Drake Collection, which we were rather fond of in our review.

Keep stealing Eggplante for all news and updates on Uncharted.