NOTE: This review may contain minor spoilers for the first season of “Flaked.” With that said, the review is written to accommodate those who have not yet watched the series, and as such, will avoid discussion of major plot developments.

Netflix has more or less perfected the recipe for standout binge-worthy dramas, with Marco Polo and Sens8 perhaps being the only more middling exceptions so far (and Marco Polo demonstrated lots of improvement in its Holiday short film, Marco Polo: One-Hundred Eyes), though when it comes to sitcoms, the streaming service is a little more uneven. Sure, we have some brilliant and hilarious Netflix comedies, such as Unbreakable Kimmy Schmidt and Master of None (and Orange is the New Black, if you count it as more a comedy than a drama), though we also have the thoroughly terrible Fuller House sullying the service recently, not to mention that the streaming platform’s other big comedy champ, BoJack Horseman, had to suffer through a weak first season before really nailing an excellent second season last year.

Now, Netflix has debuted Flaked, another half-hour supposed sitcom that was both created by and stars Will Arnett, after he already headlined BoJack Horseman for the platform. Flaked, which has a first season that spans eight episodes (almost as random as F is for Family only spanning six episodes in its first season), is difficult to talk about, not because it’s complex, but because it feels like it ultimately barely leaves an impression. It feels very milquetoast as far as comedies go, and even then, it’s difficult to call Flaked a sitcom, because most of its episodes aren’t even that funny, with the final two outright going into full-blown dramatic territory with barely a real joke to be offered. 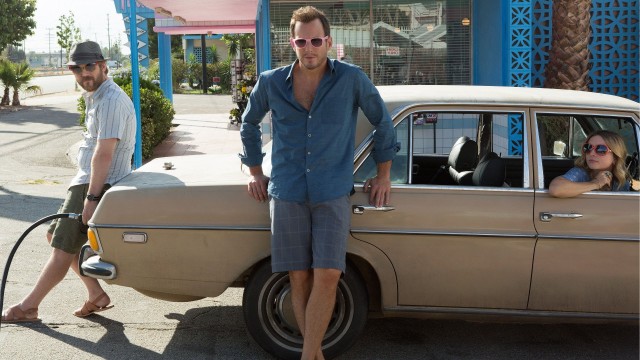 One of the major issues to this effect is the show’s premise, which is about a fortysomething man-child named Chip, Arnett’s character, who coasts through life without much notable aspiration, and seems to live a lifestyle in the Los Angeles neighbourhood of Venice, funded entirely on goodwill with the population. Acting as a self-help guru, Chip will say whatever he has to in order to help people get through their daily grinds, though with a possible selfish ulterior motive, due to his outward laziness and lack of direction, and his seeming efforts to sponge off of others whenever he can. Essentially, it feels like Flaked is trying to marry the sensibilities of BoJack Horseman with those of Master of None, which is fair enough on paper, though the whole angle of a middle-aged, emotionally-stunted man finding his place in the modern world has been done to death on modern television lately, not to mention movies, and this immediately has Flaked failing to make a good first impression, since its premise is rather overdone.

Fortunately, Will Arnett is a bright spot, and is one of the driving forces that makes the first season of Flaked pretty easy to quickly binge on, if you’re so inclined. Arnett makes Chip a personality with enough quirks to hold a viewer’s attention, and enough dramatic gravitas to make some of the more emotional scenes ring true, though he definitely feels like a more low-key character than BoJack Horseman before him. Chip’s best friend, Dennis, played by David Sullivan, is also one of the show’s better characters, at least in the second half of the season, since he’s mostly a neurotic tag-along that feels like he’s ripping awkward dating jokes from The Big Bang Theory in the season’s first few episodes, and most of them are not funny to boot. Towards the end of the season, Dennis feels like one of the main personalities beyond Arnett that is still somewhat holding the show together, as he’s the one challenging Chip more than anyone to face his demons, and come out a better man. 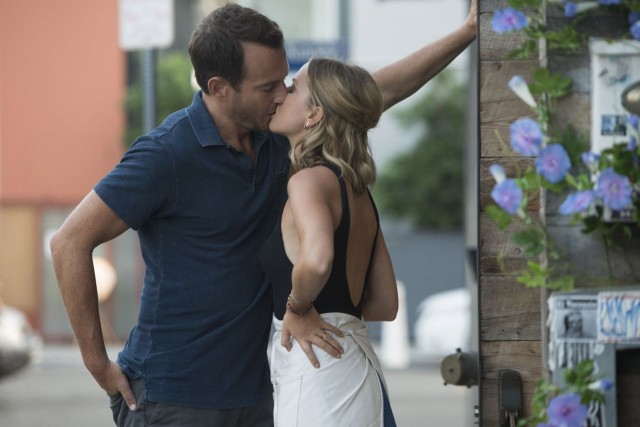 The show’s female lead, London is also a mostly good character, largely thanks to actress, Ruth Kearney, and another highlight of this first season is Arnett and Kearney having genuinely great chemistry. The two feel like a believable budding couple, despite Dennis also wanting to pursue London, though you can imagine that viewers will call how things turn out with Chip and London in advance. That said however, the mystery of London sees a major twist towards the end of the season, and one that strangely seems to have no real fallout in the end.

Even worse off is the show’s other female lead, Kara, played by Lina Esco, an ex-girlfriend of Chip’s that just can’t seem to fully cut him out of her life, who is more or less a plot device, and only shows up when the story needs a transparent excuse to move along. Female viewers of Flaked will no doubt lament the show’s astonishing lack of notable women characters, as even a recurring role by Heather Graham as Chip’s TV star ex-wife completely fails to make an impression. For virtually the entire season, the women on this series are left with nothing to do but discuss men in their life, and in 2016, that kind of writing for female characters feels pretty damn backwards.

Of course, an even bigger Achilles’ heel of Flaked is the fact that, when it comes down to it, the show just isn’t that funny. Some of the jokes are worthy of some chuckles, and a few of the guest parts, such as George Basil’s absent-minded stoner, Cooler and Robert Wisdom’s prank-loving cop, George, are at least funny enough to give the show a shot in the arm when it needs it, but most of the time, Flaked definitely skews too far into being a drama, yet even then, it’s afraid to fully commit to that. Like Chip itself, it feels like the show doesn’t really know what to do with itself overall, since it’s not funny or upbeat enough to be a true comedy, yet it also isn’t heavy or emotional enough to succeed as a drama. This is what I mean when I say that the show is very milquetoast; It feels like its tone is all over the place between scenes, and the result is a show that feels watchable, but also very bland and unsatisfying in its first season. 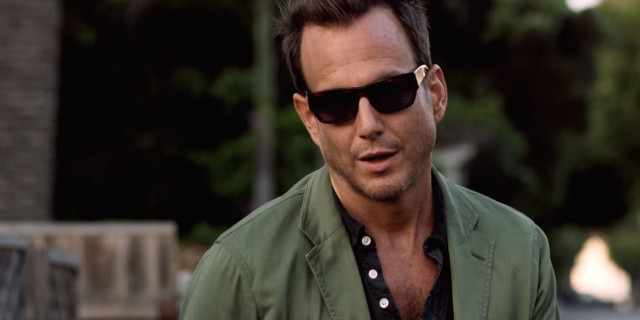 At the very least, some of the separate storylines that Flaked juggles in its initial eight-episode offering are not bad, and they do come together pretty nicely as an eventual basis for the season finale. Likewise, the neighbourhood of Venice is also given lots of personality and charm of its own, almost making it a character in its own right, and a great reflection of Chip’s own journey to accept his pain and move forward to better things. That’s why it sucks that Flaked really seems to lose itself most around its penultimate episode, and the way that it ultimately wraps up feels rushed and sloppy. The show attempts a bit of an ambiguous conclusion to the end of the season, but rather than achieve the desired effect, it seems to end on the note of being confusing, and ultimately pointless, and that’s not good for Season Two prospects. Characters like Kara are just dropped and never heard from again at a certain point, and it frankly feels like the season is somehow missing its actual finale, since even Chip’s central storyline feels mostly unresolved.

Flaked is not the worst original comedy series on Netflix, since Fuller House proudly owns that shit-dripping trophy for now, but perhaps worse, Flaked feels like the most pointless ‘comedy’ on Netflix right now, especially with how disappointingly unfunny a lot of it is. With its well-worn premise and vague, unsatisfying resolution, this series just doesn’t feel like it needs to exist, especially considering that Arnett has two separate Netflix gigs now, one as the BoJack Horseman lead, and the other reprising his Gob Bluth personality for the revived Arrested Development. Even Fuller House feels like it justifies its existence just slightly more than Flaked, if merely to at least stand out by establishing the bottom of the barrel for Netflix Original shows. 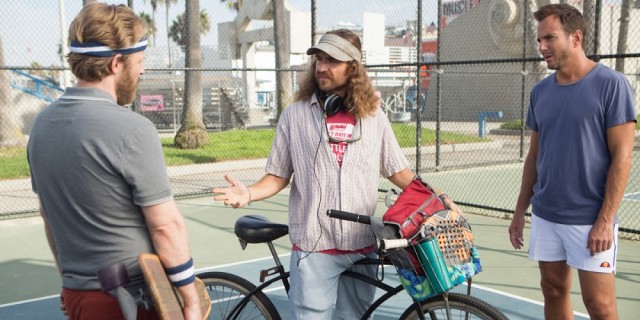 You might get some passing amusement from Arnett’s leading man if you do decide to check out this show, which, in fairness, will only take up a few hours of your time combined, but if your time is better spent watching anything else, then it’s probably not worth making the first season of Flaked a priority. It passes itself off as a series with a lot to say, but it’s doubtful that viewers will find much worth hearing.

Flaked: Season One Review
Will Arnett's leading presence allows Flaked to be a watchable Netflix dramedy series, but its sparse humour, overdone premise and questionably written supporting cast drags it down at too many turns.
THE GOOD STUFF
THE NOT-SO-GOOD STUFF
2016-03-17
60%Overall Score
Reader Rating: (1 Vote)
1%