After its erratic schedule and highly uneven episode quality lately, The Big Bang Theory returned after its two-week hiatus this week, with, “The Solder Excursion Diversion”, an episode that felt like a big improvement over the past few offerings. Sheldon was once again the key ingredient to an especially strong storyline, as a dark secret of his is revealed, though a good subplot with Leonard and Howard also kept things plenty light and fun too.

Fortunately, despite Sheldon’s more emotional storyline this week, the comedy surrounding his character didn’t seem to suffer at all. Sheldon’s insistence on using the same battered laptop that he’s had pretty much since the start of this series in 2007, made for some amusing jokes with Amy, and his subsequent ‘funeral’ for the laptop when it finally dies for good, is especially hilarious. It’s a little thing to have a constantly re-used prop come to the fore in a strong storyline, but also a very effective thing, when it leads to more insight into Sheldon’s character, even nine years later. 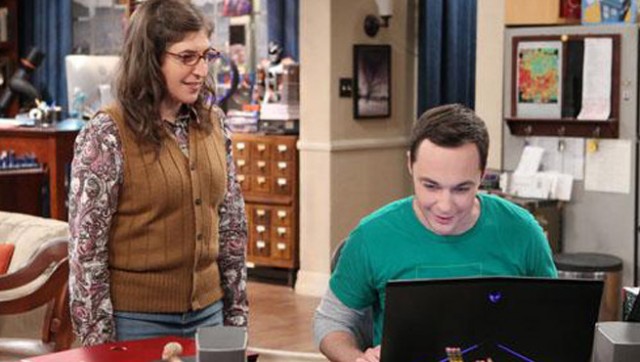 After Amy becomes fed up with Sheldon’s refusal to replace his laptop, she simply buys him a new one, which he’s initially angry about, since she took away all of the agonizing decision-making and sleepness nights that Sheldon would have had to look forward to. Regardless, when Sheldon opens the laptop and tries it out, he’s satisfied anyway, due to its 4K resolution monitor and top-of-the-line specs, as well as the fact that it came from the right salesman in the right store, who is the only one he trusts, of course. Seeing Sheldon gush over the laptop made for some more fun jokes, and even led to a very funny closing gag, where Sheldon teases Amy about having time before he should go to sleep, only to send her home and have her video call him so that he can test the 4K monitor. Hilarious stuff!

As much as this storyline initially presented itself in a funny way though, an innocent suggestion by Amy that Sheldon recycle his old laptop for store credit leads to something very personal and serious coming out for Sheldon. After Amy is baffled as to why Sheldon won’t get rid of a broken and useless laptop, Sheldon eventually takes her to a mysterious location, where he’s revealed to have a secret storage unit. Inside, is everything that Sheldon has ever owned, right down to plastic bags and golf balls that his brother threw at his head. It’s quite the sight.

What really made this storyline so effective is that it presented such a potent moment of self-aware misery for Sheldon. Every so often, Sheldon will express that his mind can cause him quite a bit of torment, perhaps more so than the people he incessantly annoys around him, and this was a big example of why that expression is justified. Sheldon’s OCD tendencies are so severe that he’s unable to throw anything away, and seeing the character own up to that and experience a powerful moment of vulnerability was very emotional and satisfying. Sure, some solid jokes still managed to get snuck into an otherwise serious scene, but it’s good to see that Sheldon can still find moments of vulnerability and self-examination, independent of his relationship with Amy. Even the small step of Sheldon throwing away that golf ball that dented his skull feels like a big heartwarming moment, though as you can expect, Sheldon merely threw out the box, and secretly rolls the golf ball back into the unit as he shuts the gate and Amy walks away. As usual, Sheldon’s eager to change, but he won’t be changing fast!

The subplot of the episode meanwhile centered on Leonard and Howard, who were completely separate from the Sheldon/Amy storyline, doing some work on an experiment at CalTech. When Penny and Bernadette show up to surprise them, they start helping out with the work, and Leonard and Howard realize that they have to go out for more solder. Along the way though, they accidentally stumble upon an advance screening of Suicide Squad, and decide to blow off the women for a couple of hours. Given the amount of recent Batman v Superman: Dawn of Justice plugs on this show, it looks like Warner Bros. is going to start taking plenty of opportunities to advertise their upcoming DC Extended Universe movies on The Big Bang Theory, since they make sure that the showrunners and writers stress how awesome Suicide Squad is going to be, and how much fun Leonard and Howard have at the movie. Real subtle, Warner Bros. Still, given that The Big Bang Theory is currently the most watched sitcom on television worldwide, I guess the blatant DC movie promotion is a shrewd, but clever idea.

Regardless, when Howard decides to text Raj, who wants to see the movie most out of the guys, tormenting him with the knowledge that he and Leonard are seeing the movie months in advance, he doesn’t realize that Raj has dropped in on the women at CalTech, and sure enough, Raj immediately rats out the husbands. Initially, the women are upset, and they conspire to prank them with Raj to let them know how busted they are!… But then, Leonard and Howard come back, own up to their movie excursion, and immediately apologize, leading to their wives immediately forgiving them. This was kind of a funny curveball, especially since it left Raj out to dry after his prank idea, but the lack of real fallout from the guys’ impromptu movie screening gave this subplot a slight aftertaste of feeling pointless, beyond allowing Warner Bros. an easy opportunity to heavily plug Suicide Squad, of course. 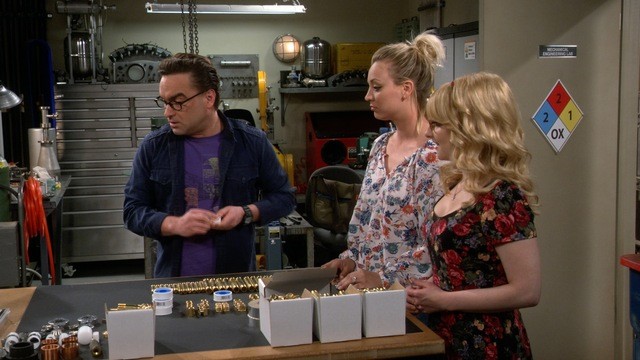 All in all though, considering the problems that The Big Bang Theory has been running into lately, it’s great to have an episode that gets the show back on track with a noticeably better and funnier final product. “The Solder Excursion Diversion” was especially strong with its Sheldon material, and while the Leonard/Howard subplot didn’t have any real fallout, and plugged Suicide Squad a bit obnoxiously, it was still pretty funny overall. Now, let’s see if the show can keep these improvements going in next week’s episode.

The Big Bang Theory 9.19: "The Solder Excursion Diversion" Review
The Big Bang Theory noticeably improved this week, thanks to an emotionally satisfying Sheldon storyline, and some good goofs with Leonard and Howard.
THE GOOD STUFF
THE NOT-SO-GOOD STUFF
2016-04-01
85%Overall Score
Reader Rating: (0 Votes)
0%