After “Left Behind” last week, Legends of Tomorrow was really soaring, which was especially satisfying after it took two weeks off of the airwaves beforehand. Unfortunately, that momentum didn’t keep up with, “Progeny” this week, an episode that had an interesting plot on paper, but sadly didn’t realize it in all that engaging a fashion.

The storyline this week centers on the idea of the team having to commit an evil act to create a better future, or so it would appear. Upon arriving in the future, specifically the year, 2147, the team manages to locate Vandal Savage again, in an era when world governments have started to give way to corporations, which largely run the world at that point. Savage is serving as a mentor to the son of the head of one of the world’s biggest corporations, and longtime DC Comics fans might recognize the name of the boy; Per Degaton. Degaton is one of the oldest time traveling villains from DC Comics lore, first making his way to the printed panels in 1947, and the idea of presenting him as a child and challenging the team with possibly having to kill him in the past, especially when avid DC fans especially know that this guy is bad news, is a pretty inspired one. 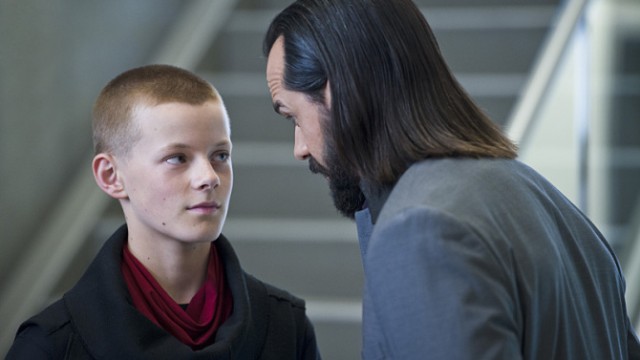 It’s just too bad that the episode can’t manage to do very much with this debate. The team attempts to argue whether it’s truly right to end the life of a child, long before he does anything to deserve it, even when Rip is fully aware that Degaton grows up to be a ruthless dictator, akin to Adolf Hitler. If you were paying attention in this show’s pilot episode, you might recall that Rip dropped Degaton’s name among a list of dictators and despots that Vandal Savage influenced throughout history as well, and it was cool to see that actually come to pass in this episode.

Again though, this further stings when it comes to how disappointing, “Progeny” ended up being. After all of the debates, which eventually boils down to kidnapping the young Degaton and planning to drop him at some other point in history, which doesn’t affect the history of 2147 somehow (frankly, that’s pretty contrived), Rip decides to take matters into his own hands and take Degaton to a secluded area, planning to shoot him there and be done with it. Predictably though, Rip doesn’t go through with this, and prepares to bring Degaton back to his father, just in time to run afoul of Savage, and a whole army of autonomous Atom suits. 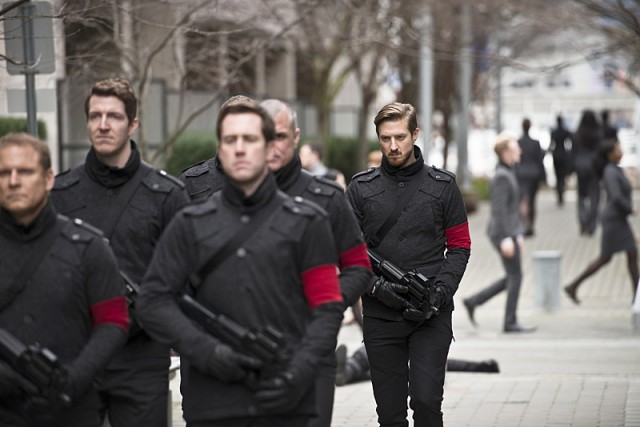 Oh yeah, that corporation? Apparently it evolved from Palmer Technologies. That’s admittedly a pretty interesting twist, though as with the Degaton arc, it’s very disappointing to see this episode barely do anything of note with this revelation. When Ray learns that his company ultimately perverted the Atom technology to create robotic super-cops that allegedly oppress most of the populace, he starts worrying that he’s to blame, since he must have had a secret love child in 2016 that he never knew about. This is a potentially interesting direction for Ray’s storyline, but before long, it’s swept under the rug, when Ray simply learns that Felicity Smoak must have hired his idiot brother, Sydney, who sold his technology to various defense contractors. So much for that debate, I guess. This does beg the question of whether we’ll actually see this storyline play out on Arrow at some point too.

Kendra’s storyline was similarly tedious this week, which is annoying, since she and Ray were doing so well in their relationship after a bumpy beginning, especially in last week’s episode. Kendra continues to remember her past lives, except instead of recalling Savage, she instead recalls Carter, giving a welcome opportunity for Falk Hentschel to re-appear on the series, after Carter’s rather quick death in the second episode. While this does create some interesting insight into Kendra’s former life as the mother of Professor Boardman, and fills in how he came to learn so much about Vandal Savage from the two-part pilot episode, the only thing this storyline does is create some potential conflict with Ray, only to have Kendra shrug it off a few moments later. Like Ray discovering the potential horror of his corporate legacy, this plot just didn’t go anywhere in the end, and completely felt like filler. 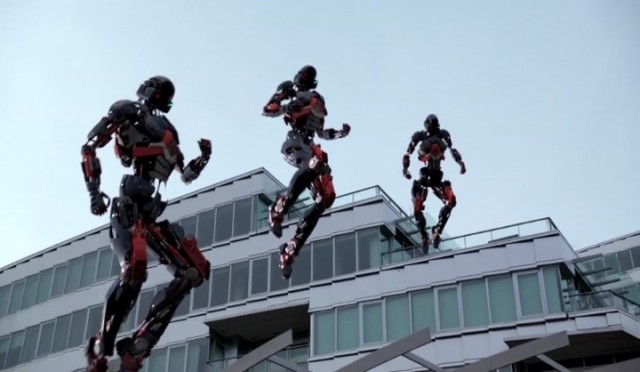 At the very least, we were treated to a pretty spectacular climax, at least for television standards, as Vandal Savage goads Degaton’s father into holding the team at gunpoint, leading to a pretty decent large-scale battle, the first one that this series has presented in a little while. This also soon led into a good story turn for Leonard and Mick, who finally decide to air their grievances and settle their differences in a fistfight, though at this point, it does feel a bit like too little, too late. At least this better storyline provides a decent excuse for Mick to rejoin the crew though, when he reveals that he’s now being hunted just the same, after failing to bring in Rip and co. for imprisonment, by the Time Masters. As a result, the Time Masters are sending a brutal squad of mercenaries after them, known as the Hunters, forcing Rip and the other heroes to flee as the episode ends.

It’s a real bummer to see such an incredible missed opportunity as, “Progeny” was this week, but this episode sadly failed to realize most of its good ideas. The Leonard/Mick resolution was at least good, and the more stylish bits of the episode were appreciated, especially after the past couple of episodes were more small-scale and character-driven, but Ray and Kendra both had dull, uninteresting story arcs, and the ultimate debate of having to kill the young Per Degaton for the greater good seemed to take the easy way out, and never fully got off the ground. There wasn’t even much time to appreciate the good intentions of Rip leading to an even darker future in the end, as the team is forced to flee from the Time Masters’ newest goons again. Hopefully, a fresh setting next week will help Legends of Tomorrow get back on track.