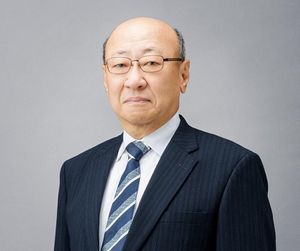 Nintendo President Tatsumi Kimishima has said that, while the company’s forthcoming NX is an entirely new console for Nintendo, it will not be a full replacement to either its current Wii U or handheld platform 3DS.

Speaking with Asahi Digital, Kimishima says the company sees the NX console as a new project that will outperform the Wii U.

Translated by NeoGAF user GSR, Kimishima says “the NX is neither the successor to the Wii U nor to the 3DS. It’s a new way of playing games, which I think will have a larger impact than the Wii U, but I don’t feel it’s a pure replacement for the Wii U.”

Nintendo’s NX is expected to be revealed later this year, but it won’t be at next month’s E3 in Los Angeles, as confirmed by Nintendo a few weeks ago. The Kyoto-based company is targeting a March 2017 worldwide launch for the new system.

We have no idea what the console will look like, how it will function, or whether its rumoured handheld-console hybrid is even real. We expect to know more in the months following E3.