Yesterday, a report surfaced that Game of Thrones actor, Kit Harington would be joining the cast of this year’s Call of Duty offering, Call of Duty: Infinite Warfare. It was believed that Harington would portray one of the game’s protagonists, even if not the campaign’s player character, Captain Nick Reyes, who will be portrayed by Brian Bloom. With Activision confirming Harrington’s casting in Call of Duty: Infinite Warfare however, they’ve also clarified something that few would have anticipated for the fan-favourite Jon Snow personality; He’s the villain! 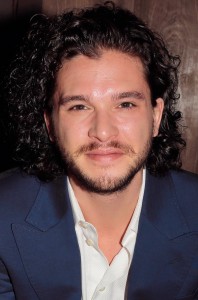 Yes, Kit Harington will be the face behind the antagonistic Settlement Defense Front in Activision’s and Infinity Ward’s upcoming sci-fi first-person shooter. His character wasn’t explicitly named in Activision’s press release, though Activision did praise Harington’s talents, and claimed that they were very much looking forward to seeing him portray a highly different character than his Game of Thrones personality. Also indicated in the press release is that Hollywood movie director, Guy Ritchie, who directed the, “Surprise” commercial for 2012’s highly lauded Call of Duty: Black Ops II, is assisting with direction work and storytelling in Call of Duty: Infinite Warfare.

As promising as it is to see Kit Harington portray a bad guy for the first time, Call of Duty: Infinite Warfare has seen quite a bit of backlash for Activision and Infinity Ward ahead of its release this November. The reveal trailer for the game has become the most disliked trailer on YouTube, with fans criticizing the game’s absurd genre change and unimpressive-looking graphics, and this disdain was exacerbated by the very well-received announcement of EA’s rival Battlefield game for this year, Battlefield 1, which coincidentally went on to become the most liked game trailer on YouTube. Early reports of pre-order numbers have also been pretty grim, with sites like VGChartz reporting that Call of Duty: Infinite Warfare has accrued less than one tenth of the pre-order numbers that the previous Call of Duty: Black Ops III sported at this time last year, even with Activision trying to coerce fans into pre-ordering the game to get access to Call of Duty 4: Modern Warfare Remastered. Yikes.

Call of Duty: Infinite Warfare is set to release on November 4th of this year, for PlayStation 4, Xbox One and PC.

Keep drifting to Eggplante for all major news and updates on Call of Duty.