Insomniac Games has started to wander away from the PlayStation stables in recent times, what with 2014’s Xbox One-exclusive open-world hit, Sunset Overdrive, a series of recent smaller games built around both PC and virtual reality, and a Gamestop-published indie offering called Song of the Deep that releases soon for consoles and PC. As this year’s Ratchet & Clank remake for PlayStation 4 revealed however, Insomniac is still plenty friendly with PlayStation, and is still very happy to make exclusive games for Sony every so often. It might not surprise you then that Sony announced a brand new PlayStation 4 exclusive developed by Insomniac Games during their E3 press conference tonight. 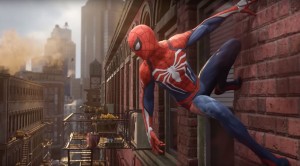 What inevitably will surprise you however is that this new Insomniac-developed game is a collaboration with none other than Marvel Entertainment, and is a brand new Spider-Man game that will release solely for PlayStation 4! A trailer was shown for the game, demonstrating some of the gameplay that you can expect, which naturally includes a lot of open-world swinging, fast-paced, web-fueled combat, and of course, super-powered slugfests with iconic villains.

The existence of this new Spider-Man game for Sony and Insomniac Games is a bit curious, as Activision previously held the rights to develop console and PC games centering on the character. Any number of things could have happened to have seen the game rights shift from Activision to Sony however, which could have included the original deal with Activision expiring, especially as a byproduct of Sony Pictures and Marvel enacting their own sharing deal that allowed Spider-Man to enter the Marvel Cinematic Universe with last month’s movie release of Captain America: Civil War. The dismal reception to Activision’s previous Spider-Man game, 2014’s movie tie-in for The Amazing Spider-Man 2, probably assisted with getting Spidey’s game rights away from Activision as well. Then again, Activision could have also voluntarily given up the Spider-Man rights to Sony, as a gift for Sony’s heavy collaboration with Activision on the promotion of Destiny and the two most recent Call of Duty games. The PlayStation 4 exclusivity may not be a massive leap either, since Sony holds the Spider-Man movie rights. 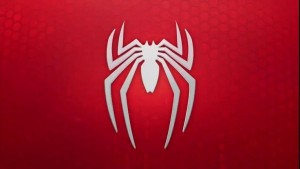 Whatever the case, the new PlayStation 4-exclusive Spider-Man game doesn’t yet have a title, let alone a release window, but Insomniac claims that it’s an original game that will center on an older, more seasoned Peter Parker, as he struggles to balance his superhero career with his personal life. The game will also not have any relation to next year’s movie release, Spider-Man: Homecoming, which may be obvious, as that movie stars the Marvel Cinematic Universe’s new greenhorn teenage Spider-Man.

We will continue to monitor development of the promising-looking game, so keep swinging to Eggplante for all major news and updates on Spider-Man games.