NOTE: Full spoilers for this episode of “Powers”, including multiple major character deaths, are present in this review

Powers went on a strangely climactic bender this week, seemingly resolving all of the ongoing plot arcs, and leaving Season Two with the opportunity to go in any number of directions. That said however, “Requiem” is easily one of the best episodes of Powers to date, bringing the Retro Girl conspiracy to a dramatic and poignant conclusion, while also leaving no shortage of hats on the ground!

Things immediately start off on a shocking note, when Triphammer is visited by Heavy. After a brief exchange, Heavy kills Triphammer, with the police finding him the following morning. Yes, just like that, Triphammer is dead. Walker and Pilgrim are no closer to figuring out Heavy’s pattern either, nor who he may work for. Walker is close to analyzing the strange plastic shape that was lodged in Retro Girl’s hand when she died, but even that doesn’t guarantee any answers. 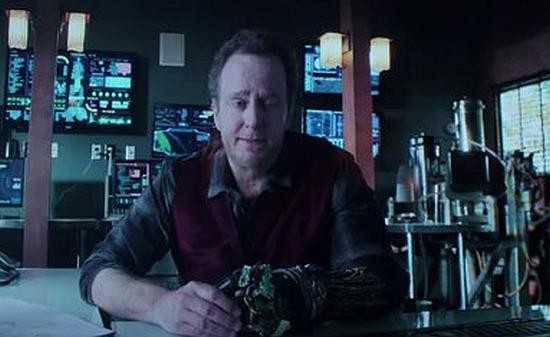 Powers wonderfully shed its problems with a lack of focus this week, and that’s a big part of why, “Requiem” was such a huge success. Finally, all of the show’s disparate plot arcs were woven together in a smart, satisfying way, and even before that, there was a great focus on the good old-fashioned comic book-style detective work that Powers initially sold itself on. The investigation that Walker and Pilgrim are still pushing, despite being suspended, has no shortage of twists and turns. Hell, it doesn’t even manage to stop the cycle of death, as Craig Sherman ends up committing suicide after Walker and Pilgrim trace the evidence back to him, and try to question him. That’s yet another victim claimed this week.

Even the side plots with Calista, Zora and Martinez came into effective focus this week, and started servicing the overarching narrative, rather than acting as if they’re existing in their own separate bubbles. Zora and Martinez begin a romance in this episode, which is nicely punctuated by the loss of Triphammer, who leaves the two of them his remaining technology, property and assets. Speaking of, even the epilogue highlights this in a nice way, as it simply shows Calista going to hang out with the two of them when all is said and done, showing that Calista’s and Zora’s friendship ultimately survived the drama around them. It’s a nice bit of optimism to cap off what’s otherwise a very dramatically heavy episode. 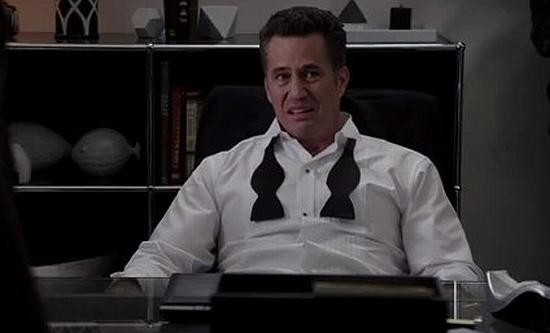 Things begin to come to a head when Walker begins to theorize that the plastic shape is actually an action figure, which he believes is the reason behind its strange red colouring. Turns out, Walker was exactly right to boot, as their computer evidence confirms that the plastic was a crushed action figure, and one of Retro Girl herself. This places Walker and Pilgrim on the trail of Conrad Moody, who just so happens to be throwing a tribute benefit for the fallen Triphammer. Now, things are finally coming together, and I have to admit, the suspicion falling on Conrad was a very inspired final result, with the whole Senator Bailey business being an effective red herring, and one that even I fell for.

Of course, we also get a showdown with Heavy, and this episode wouldn’t be complete without one. Heavy tracks Walker and Pilgrim back to the offices of Powers Division, and the two are briefly knocked around by his gravity-manipulating abilities. Some of the effects and editing get a bit dodgy here especially, but it’s a fairly minor point in an episode that’s otherwise incredibly strong. In any case, right when Heavy appears as if he’s about to crush Walker from the inside out, Lange and her forces happen to come by with a Drainer, which neutralizes Heavy, and has Lange hauling him off in cuffs. After all was said and done, Walker and Pilgrim didn’t even get the collar. That definitely hurts, though Lange’s comment about payback to Walker might also have it effectively coming off as just desserts, considering Walker’s and Lange’s former history. 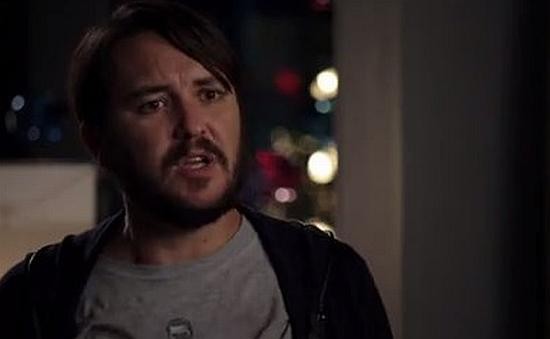 With Heavy captured, the trail fully leads back to Conrad Moody. Again, the final twist here was very well-executed and unexpected, as it’s revealed that Conrad killed Retro Girl when he learned that she was going to retire, right when he planned to bring out a commemorative action figure. This was effectively tied into Olympia’s death from back at the start of Season One too, since Conrad saw that sales of his company’s Olympia action figures spiked after the fallen hero’s death. When the same effect was shown with Retro Girl, after Conrad hired Heavy to end her, he then sent Heavy after Triphammer, and presumably, Walker, the former Diamond, would be next as well. Conrad even taunts Walker and Pilgrim with video evidence of Heavy killing Retro Girl, confirming him as the mastermind of events, though immediately deletes it, and then mocks Walker and Pilgrim over their lack of evidence. This leads to Walker angrily tossing Conrad at a window, which breaks, seemingly sending Conrad to his death, and leaving Pilgrim to fail to grab Walker, before he’s scooped up by Calista. All’s well that ends well?

Even with every mystery surrounding the death of Retro Girl seemingly solved now, an air of unrest still hangs over Powers. Obviously, it was a very deliberate decision to resolve this story arc here, rather than at the end of Season Two, so clearly, Walker’s and Pilgrim’s jobs are not done yet. Even with Heavy in custody and Conrad seemingly killed, there’s work to be done in terms of repairing the world order, especially with Powers like Calista and Zora still being pretty green. Perhaps another, bigger threat is still out there, and it’s been a while since Powers will have audiences so eagerly anticipating what that threat will be!

Powers 2.6: "Requiem" Review
Powers delivered one of the season's strongest episodes yet this week, as the Retro Girl conspiracy appeared to come to a shocking end.
THE GOOD STUFF
THE NOT-SO-GOOD STUFF
2016-06-24
90%Overall Score
Reader Rating: (0 Votes)
0%