There was some suspense, considering that months have passed since Daredevil’s second season released on Netflix this past March, but Marvel Television finally gave the good news during today’s Luke Cage panel at San Diego Comic-Con; Daredevil has been renewed for a third season! 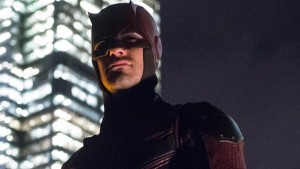 Season Three of Daredevil has no release window yet, let alone details, but Netflix’s official Twitter feed confirmed the news as well, by posting a blood-stained subway sign depicting a path to Hell’s Kitchen. Hell’s Kitchen is of course the neighbourhood of New York that Daredevil is set in, alongside sibling Marvel series, Jessica Jones, where it’s become seedy and run-down in the wake of being largely devastated during the climactic alien attack in Marvel’s 2012 crossover movie, The Avengers.

Aside from confirming that Daredevil is renewed at last, Marvel also naturally divulged some teases about this September’s debut season of Luke Cage, which will see the titular hero, originally introduced as a supporting character in last year’s first season of Jessica Jones, return to his home neighbourhood of Harlem, and disrupt some less-than-legal business dealings behind some ambitious criminals, and a very suspicious local politician. Luke Cage was touted at length by cast and crew, with Cage and the other heroes of New York’s underbelly being compared by showrunner, Cheo Hodari Coker to the Wu-Tang Clan. The show will also spotlight a more close-knit batch of villains, as antagonists such as Cottonmouth and Mariah Dillard represent a shady family unit that has them torn between the law and their honour. Best of all, the first proper teaser for Luke Cage, beyond a brief post-credits snippet in Jessica Jones, was released both to the crowds, and later online.

Despite Luke Cage purporting to be the panel’s focus however, plenty of attention was given to the other upcoming Marvel Television projects that will be hitting Netflix over the near future. While previously speculated, Iron Fist was finally confirmed by Marvel to be hitting Netflix for a debut season at some point in 2017. A brief teaser was also shown of the titular hero being found in a snow-covered area by monks, the survivor of a plane crash, and later escaping from a mental institution with his martial arts abilities. Marvel also teased that Iron Fist is set to feature more villains than any other Marvel Television series made to date in its first season, with legendary baddies from both Marvel’s past and present showing up to challenge Danny Rand in the show’s debut season. Finally, a teaser poster was revealed for Iron Fist, which you can check out below: 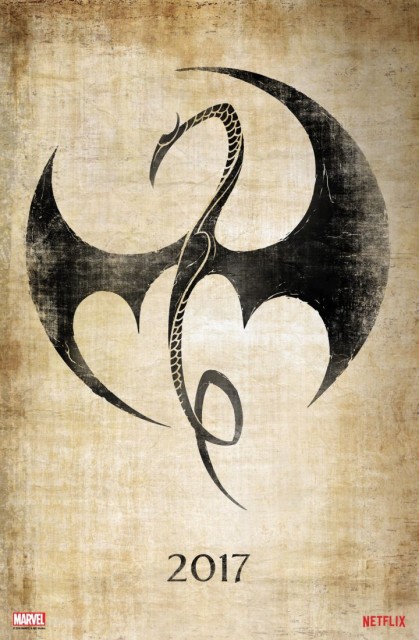 The biggest revelation however, was the showing of a small teaser for crossover miniseries, The Defenders, which didn’t show any actual footage, but still gave a very stylish tease of what the various Marvel-made Netflix shows are heading towards. The teaser depicts the show’s logos and colour themes all being peeled back from a pile of comic book-style pages, before their disparate letter schemes finally cobble themselves together to spell, “Defend.” Afterward, Scott Glenn’s Stick from Daredevil speaks briefly in voiceover, stating, “You four want to save New York? You can’t even save yourselves…” The teaser then confirmed that, contrary to initial belief, The Defenders will be coming to Netflix in 2017, rather than 2018. This seems to corroborate that the second season of Jessica Jones won’t be ready until 2018, where it will likely join the first season of the recently-confirmed Punisher series, also claimed to be a project for after The Defenders.