Last week, it looked as if Agents of S.H.I.E.L.D. was starting to become a bit overstuffed, as it shoehorned the Inhuman drama back into the series while it was also trying to deal with the bombs of Aida, Ghost Rider and the supernatural spooks that resulted from some mysterious experiment. This week’s episode however better brought these many separate elements together, with, “Let Me Stand Next to Your Fire” being an especially strong episode that’s likely the best of Season Four so far.

An especially good high point in this episode is how it managed to bring Daisy and Robbie somewhat into the S.H.I.E.L.D. fold, after Daisy becomes injured during her ongoing investigation into the Watchdogs, and Robbie is chanced upon by Coulson and Mack as they go to visit his imprisoned uncle ahead of him. The latter point results in a very exciting car chase that’s quite ambitious for television standards, as Coulson and Mack take Lola for a heated race against Robbie’s tricked-out Ghost Rider car, eventually stopping Robbie by goading the car into crashing into their invisible quinjet. It was a very badass capture for this tricky anti-hero, that’s for sure! 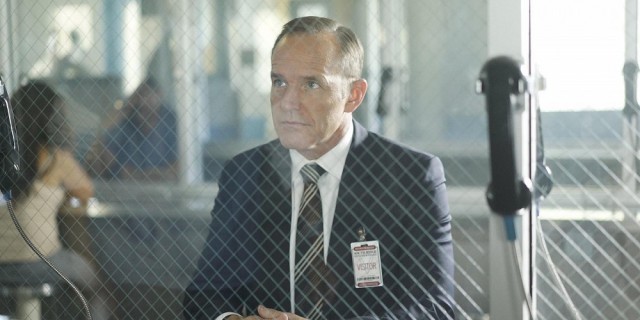 Robbie thus ends up locked in one of the Inhuman containment cells for a bit, where Coulson tries to pick his brain, only to get the same old story about Robbie making a, “Deal with the devil.” Coulson decides that the only choice is to make his own deal, recruiting Robbie into the operation to stop the ghosts, who are apparently seeking a shady book of great power known as the, “Darkhold.” The Darkhold does actually exist in Marvel Comics lore, being connected to several magical characters in the Marvel Universe (and the Marvel Zombies), and I have more than an inkling that the Darkhold is going to be brought up again in Doctor Strange when it hits the big screen in a few weeks. In that respect, it’s looking increasingly likely that Doctor Strange could be the first Marvel Studios movie to blatantly reference the Marvel Cinematic Universe’s television shows, or at least Agents of S.H.I.E.L.D., and that would be a welcome sight indeed, though obviously, we’ll have to see after the movie hits theatres.

In any case, Daisy being forced to seek the aid of Simmons again made for lots of interesting material, especially as we see that Daisy has practically destroyed her arm bones and muscles after refusing to use her vibration-controlling gauntlets from S.H.I.E.L.D. This team-up also serves as an excuse to bring J.T. Slade/Hellfire back into the storyline, who is discovered to be the latest Inhuman target of the Watchdogs after Daisy and Simmons find a way to hack into S.H.I.E.L.D. servers, which the Watchdogs have directly tapped into somehow. Slade has started working at a fireworks shop, and with the Watchdogs coming for him, that’s where Daisy and Simmons are headed next. 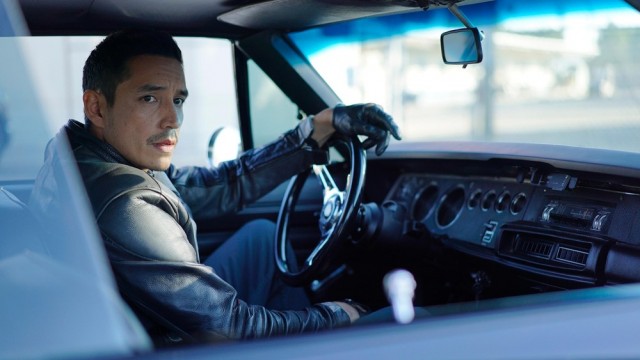 Problem is however, it’s a trap, as Slade turns out to have been working for the Watchdogs the whole time, feeding them Inhuman intel that also leads them to Daisy in the fireworks shop’s nearby storage area. The idea of Slade somehow stealing information straight out of a S.H.I.E.L.D. server and not being detected is a little sketchy, as is his motive for wanting to work with the Watchdogs, even if his brainwashing under Hive is referenced from last season, but at least Coulson and Mack arrive just in time, with Robbie in tow, who goes into Ghost Rider mode to take on Slade. Slade is deeply connected to Ghost Rider in Marvel Comics lore, and this fight made for a great reference to that, even though these characters don’t seem to have any history in the MCU. The fight itself was also pretty solid, again, for television standards, particularly as the two end up falling into a pile of fireworks, making Slade’s shop go up in spectacular flames and lights! Fortunately, Robbie nonetheless captures Slade alive, and this also serves as the moment where Robbie appears to adopt the iconic flaming chains that are normally associated with Ghost Rider in Marvel lore, which he steals from Slade during their fight.

While the excitement is going on, May is continuing to be evaluated by Aida in a pretty entertaining subplot, with Holden and Fitz in turn using this as an excuse to see whether May can deduce that Aida is an android. At first, May does seem to think that Aida is fully human, and this does provide some welcome comic relief for the episode, which is something that May doesn’t often get to deliver, so that was satisfying. Eventually though, May does figure out that Aida is a life-model decoy, and not human, just as Fitz inadvertently puts Simmons in a tight spot by finally confessing his involvement with Aida’s refinement, right as Simmons is supposed to submit to a lie detector test the following day. Oh dear. Despite that though, Aida is working as a lighter element of the show that still offers a good degree of dramatic potential. It’s easy to already feel attached to her, and be genuinely worried about S.H.I.E.L.D. forcing Radcliffe and Fitz to pull the plug on her. Hopefully, Jeffrey Mace isn’t so cruel when he inevitably learns of Radcliffe’s and Fitz’s little pet project.

Things end with Daisy and Robbie seemingly ready to fully work with S.H.I.E.L.D. in the coming weeks, and I must say, it’s good to have Daisy back in the fold, however temporarily. Robbie is also continuing to dominate this show’s latest season, and as the ghosts take their next steps towards reclaiming the Darkhold, the stage seems set for more supernatural fun next week. What was best about, “Let Me Stand Next to Your Fire” this week though is that it found a way to better weave the ongoing Inhuman drama with the Watchdogs into the also-ongoing supernatural conflict, while also nicely acknowledging the growing unreliability of the Sokovia Accords, and the re-legitimization of S.H.I.E.L.D. It seems like Agents of S.H.I.E.L.D. is starting to find a better balance between the many moving parts of this season, and that should hopefully keep paying off over the rest of the season’s front half at the very least.