A couple of months after its first season debuted at the very end of September, Marvel and Netflix confirmed at last today that Luke Cage has officially been renewed for a second season. The second season of Marvel’s newest Netflix series doesn’t yet have a release window. 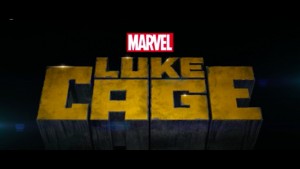 Luke Cage stars Mike Colter as the titular hero, a wrongfully-imprisoned man who is given super-strength and impenetrable skin from a sabotaged prison experiment. After debuting as a recurring character on Jessica Jones, Cage returns to his old neighbourhood of Harlem in his own series, where he attempts to keep his head down while inevitably coming into conflict with the neighbourhood’s shady criminal factions. The series also stars Simone Missick as Misty Knight, Mahershala Ali as Cottonmouth, Alfre Woodard as Mariah Dillard, Theo Rossi as Shades, and Erik LeRay Harvey as Diamondback, along with the return of Rosario Dawson from Daredevil and Jessica Jones as Claire Temple

While slightly lesser-received than predecessors, Daredevil and Jessica Jones, Luke Cage’s first season was still met with largely positive reception from both critics and audiences. Our official review of Luke Cage’s first season awarded it an overall 85% score, praising its characters, performances and style, even if we took issue with some storytelling stumbles.

The Marvel Cinematic Universe will welcome the debut season of its next Netflix series, Iron Fist, on March 17th, 2017. The Punisher and crossover miniseries, The Defenders are also expected on Netflix later in 2017, with confirmed new seasons of Daredevil and Jessica Jones joining the second season of Luke Cage at a later date.

Keep hiring Eggplante for all major news and updates on Luke Cage, and other Marvel Cinematic Universe projects.