Coming off of the spectacular high of last week’s, “Invasion!” crossover, The CW certainly has its work cut out for it with this week’s midseason finales for The Flash, Arrow and Legends of Tomorrow, with Supergirl being the network’s only DC show that wrapped for the year before the crossover. Fortunately, “The Present” proved to be a pretty solid midseason finale for The Flash, finally doing a bit more to make Savitar a truly compelling villain, even if it came at the expense of hastily wrapping up a couple of other story arcs before the show begins Season Three’s back half in 2017.

This episode also brought Jay Garrick back into proceedings, with Barry paying a quick visit to Earth-3 to bring his father’s doppelganger to Earth-1 for help with Savitar. This gave John Wesley Shipp his best chance to date to flesh out his new identity as DC Comics’ Golden Age speedster, with Mark Hamill even returning as an Earth-3 Trickster doppelganger with a few sly design nods to Hamill’s other most famous DC role as The Joker in various DC animated and video game media. Disappointingly, there is very little of Hamill in this episode, with the peek at the super-vibrant and slick-looking Earth-3, as well as Jay’s brief battle against his Earth’s Trickster, both being constrained to one scene that’s over rather quickly. Perhaps the rest had to be cut for time, especially since Barry seemingly shows up on Earth-3 out of nowhere when the scene plays out, but the lack of Trickster is still a disappointing casualty of an episode that had quite a bit of story packed into it already. 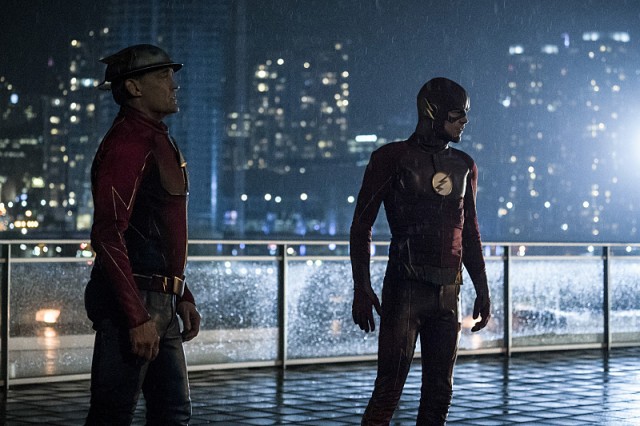 Largest among the story clean-up was in seemingly resolving the Alchemy storyline, at least for now. Once Barry gets Jay to Earth-1, the two briefly confront Savitar after Alchemy calls him again, with Jay sustaining several injuries while distracting Savitar, and Barry subduing Alchemy. This is also where Barry finds out that Alchemy is Julian, and upon throwing Julian in the pipeline, Barry even reveals to him at last that he is The Flash. This doesn’t make Julian like Barry any more than his low opinion that already stands, but it does at least provide a nice foundation for the two men to more reasonably build a bridge with each other, especially when it comes out that Julian is completely unaware of his identity as Alchemy.

DC fans might be disappointed that Alchemy is basically a fiction at this point, purely being a controlling false personality completely implanted and manipulated by Savitar, despite Doctor Alchemy being a pretty large-scale Flash villain in DC Comics lore, but filling in the rest of Julian’s backstory still went over pretty well. Seeing Julian seek the Philosopher’s Stone to revive his dead sister and repair his broken family was interesting, especially since it finally explains why he fled to Central City properly, since his fellow archaeologists were all killed by the stone, and Julian was worried that he would be blamed for the deaths. This is starting to better highlight the depth and challenge behind Savitar, who is the original speedster of the DC Television Universe it seems, and has become so powerful that he basically embodies the Speed Force itself by this point, seemingly truly making him a god. 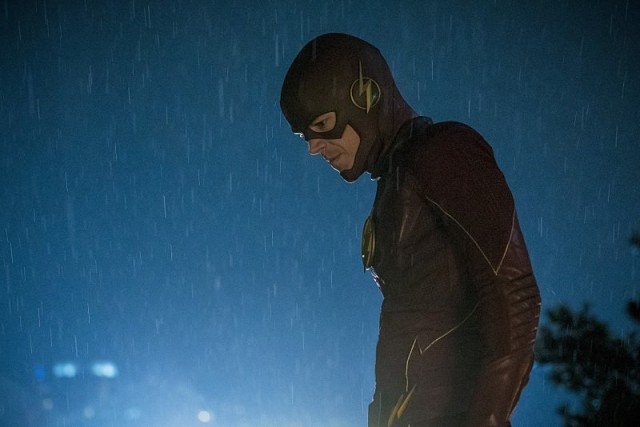 Better than that though is Savitar finally starting to better integrate his threatening presence on a more personal level with Team Flash. More than just being a super-powerful speedster god, Savitar displays knowledge of all of time when speaking with the group, making time itself their enemy, even after Flashpoint. Savitar tells the team that one person will die, another will betray the team, and a third will suffer a fate worse than death. This helps to elevate the struggling mystery of Season Three a bit, since it will give fans something to muse over while The Flash is on its Winter hiatus, and even after it returns in 2017. Even that is nothing however compared to a scene where Barry and Jay try to dispose of the Philosopher’s Stone by using their speed to hurl it into the Speed Force, only to have Barry accidentally launch himself five months into the future, where he witnesses Savitar killing Iris!

This actually makes for some pretty strong stakes for the rest of the season, since, like I said, time itself is more clearly illustrated to be the biggest threat to Barry especially, particularly when the altered 2024 newspaper now being written by someone else after Flashpoint is smartly referenced. Can Barry stop Iris from being killed? Even if he does save Iris, does that mean he has to sacrifice someone else? It’s about time that Savitar started becoming a better villain, and hopefully this uptick in our seasonal antagonist’s appeal keeps up in 2017. I also have a feeling that Savitar is connected to 2056’s future Barry leaving a cryptic message for Rip Hunter on Legends of Tomorrow, especially when Savitar mentions that his quarrel with Barry is not from the present, but from the future, since the future Barry allegedly trapped him in eternity itself. 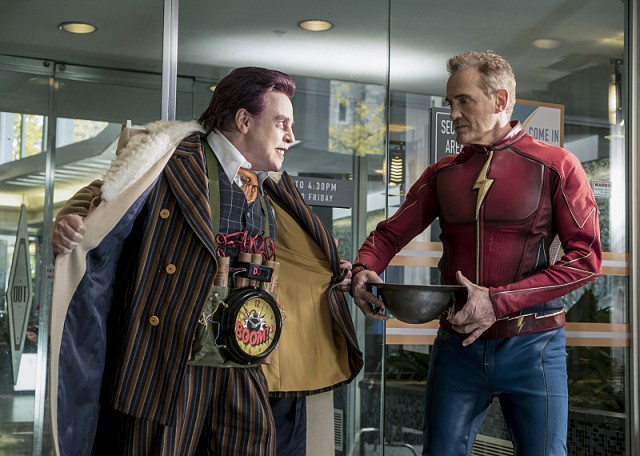 Despite a lot of the great character work in this Christmas-themed midseason finale of The Flash however, there were also a few undercooked storylines that didn’t flow quite as well. Wally’s training with H.R. is particularly swept under the rug when the group inevitably finds out, and the way they find out, with Wally just blabbing about it like an idiot, feels very contrived. Even after Wally gets knocked around by Savitar when trying to save Barry at one point, his sister and father just forgive him by the end of the episode, and even make him his familiar Kid Flash outfit from Flashpoint. Really? Why make such a fuss about Wally being a superhero in the first place then?

Barry’s civilian conflicts were similarly brushed aside in a frustrating way, with Julian ultimately coming to the West house for Christmas dinner, and simply handing back Barry’s resignation letter that Captain Singh conveniently forgot to file (seriously?), effectively nixing Barry having to quit his job as a CSI. Even Barry living with Cisco is quickly resolved, with Barry somehow immediately finding the perfect apartment for himself and Iris at the end of the episode. It was actually great that the episode ended on a hopeful, optimistic note however, despite the prophecies of doom and gloom made by Savitar, not to mention Barry directly witnessing Iris being murdered by Savitar in a potential future. Hell, even Caitlin briefly uses her powers again to make it snow on Christmas. Seems a bit reckless, but I suppose those carolers appreciated being out of the rain! 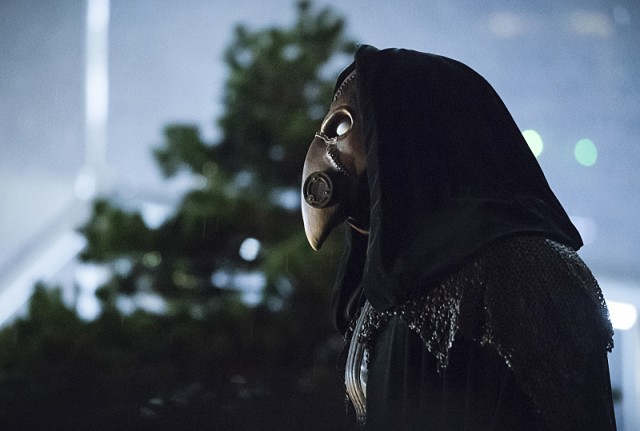 “The Present” seems to be a fairly solid hint of better things to come for The Flash in 2017, after some of the issues it’s suffered in this season’s front half. This happened to be a pretty good midseason finale on its own merits as well, despite feeling a little over-stuffed, and not perfectly realizing every storyline. The whole anxiety over Wally becoming a speedster now seems to be dropped, as is the entire presence of Alchemy, and all the drama about Barry having to leave the CCPD. Fortunately, Savitar is slowly starting to become a better antagonist, and the future being Barry’s worst enemy should make for a more exciting back half to the season. It looks like no one on Team Flash is safe from misery later this season either, what with all the talk from Savitar about betrayals and deaths and torture. Maybe 2056’s Barry was right when he said that not even heroes can be trusted anymore.