The ‘LMD’ arc of Agents of S.H.I.E.L.D. has lost a bit of momentum since its superb first few episodes, but this week’s episode, “BOOM” still managed to be pretty good fun. A volatile new Inhuman is introduced to the Marvel Cinematic Universe in this episode, one that may or may not be a recognizable Marvel villain in disguise, while Coulson and Mack discover the true backstory behind Aida, or at least, her inspiration.

By far the strongest storyline this week was the revelation that Aida’s form isn’t an original creation by Radcliffe. Turns out, Aida was modeled after a woman from Radcliffe’s past, an Australian scientific partner named Agnes, whom Radcliffe ended things on bad terms with. This is at least partially due to Agnes being diagnosed with an inoperable, fatal brain tumour, which Radcliffe wanted to use fringe science to cure, and eventually left when he couldn’t find an effective way to do so.

Coulson’s growing desperation when it comes to finding May made for pretty effective drama in this core storyline, even with Ming-Na Wen sitting out virtually this entire episode. Agnes predictably wants nothing to do with S.H.I.E.L.D., with Mack eventually giving in to her demands to be left alone out of compassion, though Coulson does whatever he can to get through to her, refusing to give up. The fact that Coulson has already ‘died’ in the Marvel Cinematic Universe, during the events of The Avengers in 2012, was also capitalized on very well, giving Coulson a very potent wisdom on the subject of death that eventually gets Agnes to begrudgingly help him lure Radcliffe back out of the woodwork.

The other most effective storyline of the episode came via Mace, who is trying to get stronger without having to rely so much on the serum that gives him super-strength. Unfortunately though, Simmons has begun to determine that the serum is very hard on Mace’s heart, and any injection could cause him to suffer cardiac arrest, with subsequent injections being gradually more likely to kill him. This also comes at the awkward time of Fitz preparing a new Patriot suit for Mace, which automatically injects him without the aid of the briefcase.

Common sense would dictate that Mace stop using the serum and come clean, though being the director of S.H.I.E.L.D., and the subject of the latest attempt to replicate Captain America, it’s obviously not that simple. Mace has put so much effort into both his and the organization’s public face that he finds himself very troubled at the prospect of being a puppet leader that doesn’t truly have any place at S.H.I.E.L.D. This storyline also had a great resolution, as Mace finally takes a page from Coulson’s book in the climax, and throws caution to the wind by sending his fellow agents to safety, before injecting himself and stopping a convoy. This leads to Mace being captured, which is sure to be a focal point next week, though also proves that Mace, for all of his flaws and issues, really is a noble guy at heart, even if he lied about his role saving civilians during the Vienna bombing of Captain America: Civil War.

As I mentioned, we also get a new Inhuman this week, and one that definitely appears in dramatic fashion. After Shockley visits Nadeer on behalf of the Watchdogs, to assess whether she could possess her brother’s Inhuman genes, using a new form of Terrigen Crystals made by Radcliffe that activate Inhumans without being harmful to regular humans, Nadeer is found to be a normal human… But not Shockley! To his surprise, Shockley ends up in a husk, and just as Nadeer goes to gloat about the enormous irony of the situation, the husk violently explodes, killing Nadeer and everyone else in her office! 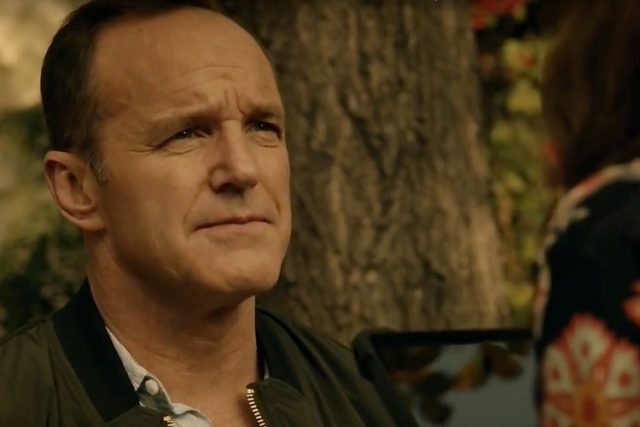 The decision to kill off Nadeer so suddenly and shockingly is fairly effective in terms of how unexpected it is, even if it also feels like an excuse for the show to cleanly sweep away any political connections on U.S. soil with the Watchdogs, now that those storylines are exhausted. Most importantly though, the nature of Shockley’s new powers, which allow him to super-charge his kinetic energy to violently explode, turn to a gaseous form, and then re-assume his physical form, should be very familiar to Marvel fans. Those are the same powers of the Marvel Comics super-villain, Nitro, who has a different civilian identity in Marvel Comics lore, though this could simply be a way for Marvel to mask the character’s identity before his Inhuman transformation in the MCU. Shockley isn’t outright confirmed to be the MCU’s Nitro at this point, but the writing is pretty much on the wall. Considering that Nitro was a key instigator of the original Civil War event of Marvel Comics lore, I’m definitely looking forward to that comic book connection coming back into play for Mace and the rest of S.H.I.E.L.D. in the MCU.

Finally, the last big development of the episode comes from the true endgame of Radcliffe, who eventually picks up Agnes and hooks her up to the same virtual framework as May, which now apparently spans the size of the entire planet. In this sense, Radcliffe has cheated death by allowing humans to exist as immortal data, accomplishing the ultimate transhumanist goal, and bringing his character full circle from his origins in Season Three. It’s interesting, though this twist may be a slight let-down to some, as it’s a bit derivative of some other sci-fi stories, not to mention that it undermines a huge part of Radcliffe’s reasoning for seeking out the Darkhold. If Radcliffe already has a way to basically make people immortal, what else could he possibly need that cursed tome for?

Overall though, “BOOM” was a pretty entertaining episode of Agents of S.H.I.E.L.D. that shifted things a bit more towards the comic book element of the MCU, rather than the more grounded political element that much of this series has built itself around lately. Radcliffe’s ultimate motivations aren’t as clever as some may have hoped, but the chance to meet Aida’s inspiration was pretty great, as was Mace finally proving his place on the team, and not just as a bureaucrat. Shockley, whether or not he’s ultimately confirmed to be the MCU’s incarnation of Nitro down the line, has been neutralized and contained, though without a director, Coulson will have to lead the team with extra discretion, since he’s now much more likely to tip the world off as to who is actually pulling the strings at S.H.I.E.L.D.