After a pretty evident cold streak over the past several episodes, it was incredibly satisfying to see The Big Bang Theory rebound in a big way this week! “The Escape Hatch Identification” is a real high point for the otherwise struggling Season Ten, one that focuses heavily on establishing a new character dynamic among the leads, while also delivering some surprisingly strong, inspired humour at the same time!

Once again, the show is sticking with the chronicle of Raj trying to become more independent and not rely on his father’s money. Naturally though, considering how expensive his apartment is, that means he can no longer live at the place, and has to move out. Faced with nowhere else to go, both the Wolowitz and Hofstadter couples then have to debate who should take Raj in, in an especially funny intro gag that also plays off of Sheldon begging Amy for a life-size superhero statue in a similar manner. 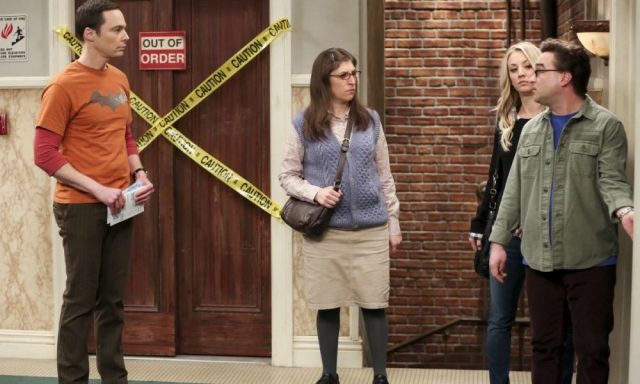 It’s no surprise that Raj is humiliated and down on his luck, and as you can imagine, adding Sheldon to that equation doesn’t make for a smooth time. Refreshingly though, most of the burden of humour was actually taken off of Jim Parsons’ shoulders this week, with the Wolowitz and Hofstadter couples instead getting to carry the bulk of the jokes, alongside Raj and Stuart. Sheldon, meanwhile, mainly existed to have someone point out just how desperate Raj really is, initially angering him. Unfortunately, this conflict doesn’t really go anywhere of note though. It feels like a forced, quickly-resolved excuse to create tension in an episode that is more about moving the season’s overall story forward, rather than actually creating a true issue for the characters to figure out.

Like I said though, this direction really led to an especially fresh and funny episode of The Big Bang Theory, and those have become disappointingly rare in Season Ten. Raj taking Sheldon’s old room at Leonard’s and Penny’s apartment in the end really makes a lot of sense, in turn also highlighting an interesting character conflict with Sheldon, as he must come to accept someone taking a room he had even before knowing Leonard. Again, Sheldon being angry about this and taking it out on Raj is rather poorly communicated, though Sheldon contacting Leonard’s mother to seek counsel makes more sense, and does lead to some interesting story developments for the rest of the leads to boot. 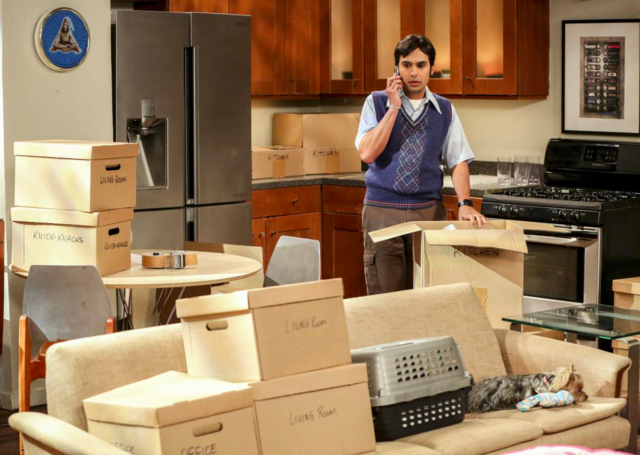 Sadly though, like the Raj/Sheldon argument, these conflicts aren’t truly explored to their full potential yet, even if they at least have room to grow towards the season’s climax in a couple of months. Beverly telling Sheldon that Leonard and Penny take on roommates to create a buffer in their strained relationship is actually a fairly interesting observation, especially when the show smartly brings up Penny wanting her brother to move in a few episodes ago. The resulting fight between Leonard and Penny then has Raj go over to the Wolowitz house and try to stay there, thinking that he’s causing trouble, but this merely leads to a genuinely hilarious goof that has Howard and Bernadette waking up to Raj in their room, while Stuart runs in swinging a replica of Negan’s wired bat from The Walking Dead!

Raj doesn’t stay at the Wolowitz house for long, ultimately deciding that it really is best if he stay with Leonard and Penny by the end of the episode, but his time there did at least lead to some funny jokes with Stuart. Stuart finally admits that he’s outright sponging off of the Wolowitz’s, something that viewers probably put together a while ago, and Stuart trying his best to shoot down Raj suggesting that they get a place together was pretty amusing. Raj and Stuart eventually moving into their own place feels like an inevitable conclusion for the likely Season Eleven to come, but for now, we at least got some funny moments that highlighted how much Raj is trying to grow, while Stuart is still stubbornly insisting on staying his pathetic self. 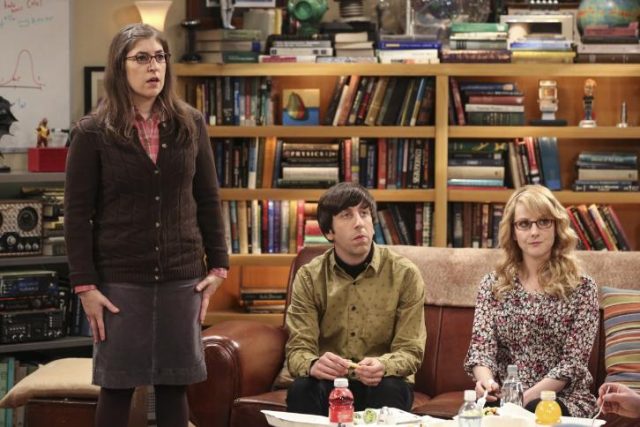 The Big Bang Theory could have very easily botched Raj making his big transition to a new living situation, but fortunately, the quality of the writing went up considerably in this episode, leading to better jokes and more inspired story ideas. “The Escape Hatch Identification” does suffer a bit from not fully realizing its conflict ideas, especially when it tries to force a conflict between Sheldon and Raj that doesn’t feel that organic or realistic, but at least the implication of the other couples having screwed-up relationships and not realizing it presents some funny possibilities for down the line. Overall, it’s satisfying to see Raj continuing to commit to being a better, more grounded person. Here’s hoping that his moving in with Leonard and Penny keeps this renewed direction for his character going strong!