It was recently reported by several outlets that CBS was attempting to sign the lead stars of mega-hit sitcom, The Big Bang Theory for at least two more seasons. Today, this report was confirmed as fact. CBS has finally secured a two-season renewal deal for The Big Bang Theory, meaning that the show won’t just be back next season, but also the season after! This has the comedy series staying on the air through to at least 2019 at this point. 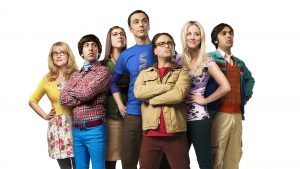 It was alleged that the network ran into some trouble trying to sign all of the show’s lead actors for Season Eleven and Season Twelve, since the cast seemingly held out on signing for the two proposed additional seasons, until pay parity could be reached with co-stars, Mayim Bialik and Melissa Rauch. Bialik and Rauch, who play Dr. Amy Farrah Fowler and Dr. Bernadette Wolowitz on the series, respectively, were being paid less than veteran co-stars, Johnny Galecki, Jim Parsons, Kaley Cuoco, Simon Helberg and Kunal Nayyar, due to the fact that their characters didn’t join the show right away, and weren’t introduced until several seasons in. Both Bernadette and Amy have been series regulars and leads since Season Four, appearing in most every episode in some shape or form since. Whether the network caved to the pay parity demand, or the other actors took a pay cut, it appears that the alleged pay dispute has obviously been resolved now.

The Big Bang Theory is a co-production between CBS and Warner Bros. Television, and has sustained itself as the most watched sitcom on television since the start of the decade, bringing in enormous ratings from viewers all across the world. The series has a handful of episodes left in its current tenth season, which will wrap in May. The universe of the show will also be expanding next season to boot, as a spin-off/prequel series, Young Sheldon was recently picked up by CBS, and will debut during the upcoming 2017-2018 season.

Keep theorizing Eggplante for all major news and updates on The Big Bang Theory.