With the grand reveal of Savitar’s identity finally being made known, The Flash is officially moving towards a big climax for Season Three, even though the show did take a little bit of a side trip in this week’s episode. Nonetheless, “Cause and Effect” proved to be one of the most enjoyable, clever and all around superb episodes of The Flash that we’ve gotten in a surprising while, even as it leaves us with just two episodes left in the season to properly conclude the battle against Savitar now.

Even though Savitar mostly sat out this week (not that it ultimately hurt the episode at all), we still got to learn some more key facts about exactly who he is, and where he came from. Turns out, Savitar isn’t merely a future version of Barry, but also happens to be a time remnant, one created by Barry’s battle against Savitar in the future. Since the creation and imprisonment of Savitar is a closed loop in time, Barry thus has to face the inevitable battle against a time remnant of himself that knows everything he says and does in advance, a time remnant that he himself has to create, seemingly sealing Iris’ fate even further at the same time. It’s easy to forget that Barry’s former time remnants all died when they came into being, so seeing the actual consequences that come with a time remnant living on and being rejected by Barry’s social group made for a surprisingly compelling new dimension to Savitar that this season really could have used a lot earlier! 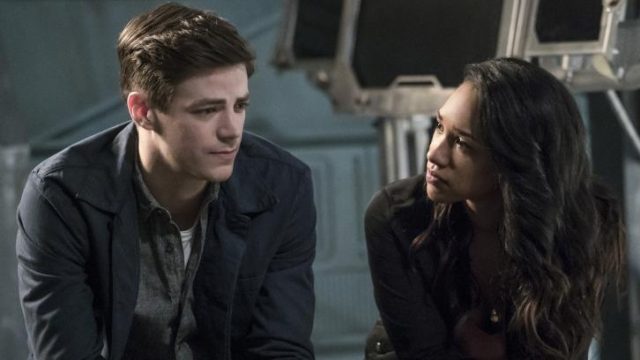 Beyond some of these blanks being filled in with Savitar however, the story of this week’s episode of The Flash was still very much about the real Barry Allen. As Barry fills the rest of the S.T.A.R. Labs crew in about who Savitar is, and where his true nature came from, Cisco comes up with the idea of temporarily preventing Barry from making new memories. This would theoretically cripple Savitar, and in truth, it does, as the gizmo that Cisco uses leaves Savitar confused and unsure of who he is. The problem is however that the machine also glitches during the process, leaving Barry without any memories, including who he is, what he does, and most importantly, not knowing that he’s The Flash.

Compounding matters is that Wally also doesn’t have his powers anymore, due to Savitar being disabled, and thus affecting the loop of events that led to Savitar granting Wally his speedster abilities earlier in the season. Luckily, there’s no metahuman threat this week, though a villain still ends up being a problem for Team Flash, as an arsonist called Heatmonger (there is a metahuman character called Heatmonger in DC Comics lore, but the character is female, and completely unrelated to this regular human arsonist), is facing trial, with Barry having to testify. Since Barry has amnesia however, his attempts to testify obviously backfire, and the villain goes free. Yeah, it’s a bit of a stretch, but I guess we needed some obstacle for Team Flash while they wait to properly battle Savitar, even if he’s a bargain basement Heat Wave knock-off, which even the show basically admits by name-dropping Mick Rory as a better arsonist. 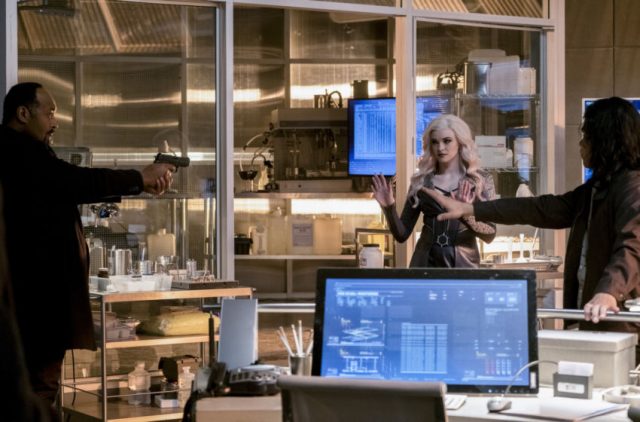 Much of this episode was at its best when it really wasn’t about any kind of antagonist though. Instead, we got an upbeat and light-hearted look at an amnesiac Barry suddenly being free of his many concerns and layers of suffering. He’s no longer aware of his parents being murdered. He’s no longer carrying the weight of being a superhero. He no longer has any memory of Flashpoint. Instead, Barry gets a taste of the life that he could have lived, had he never become The Flash. This leads to tons of great scenes with Iris, and compounding the tragic irony of this is that Barry is obviously unaware that Iris is marked for death at Savitar’s hands soon.

We also get a return appearance from Killer Frost this week, as she waltzes back into S.T.A.R. Labs to demand that they fix Barry, so that her villainous leader can return to proper form. This creates a brief return to the status quo, as Killer Frost works with Cisco and Julian to try and find a cure for Barry’s amnesia. Seeing Killer Frost try her best to suppress her former state as Caitlin made for a pretty heartbreaking struggle too, one that’s seemingly a losing battle by Caitlin against her evil alter-ego. After Barry is cured, and both Barry and Wally stop the arsonist villain from obviously starting another big fire (seriously, how stupid is that judge?!), we get a few hints that Caitlin still lingers somewhere inside Killer Frost, as she fights tears on the way back up to the surface. Maybe there is hope for Caitlin yet.

Another subplot also comes up here and there with Tracy and H.R., as H.R. checks in on Tracy while she tries to build the trap for Savitar. This more or less served as an excuse to bring the two closer together, as they discover that their weird quirks align quite frequently, and naturally, they start up a romance by kissing at the end of the episode. It seemed pretty obvious that a relationship was going to develop between these two, though Tracy’s hasty introduction at the end of the season does hurt this a bit, since it makes her emotional connection with H.R. feel fairly rushed. This is ultimately a very small blemish on an otherwise superb episode of The Flash, but it sticks out nonetheless.

Getting this light-hearted side trip with Barry and the rest of Team Flash proved to be exactly what The Flash needed though, despite having to bump Savitar to the sidelines to get it. “Cause and Effect” was an incredibly clever and standout offering, one of the best episodes in Season Three’s run at this point, on account of both how it played with Barry’s timeline manipulation in a new and interesting way, and how it managed to create a threat to Barry that wasn’t just another metahuman criminal. We still had to rely on some really unrealistic legal motions to get an obvious psychopath back on the streets for Barry and Wally to stop in the end, but it’s nonetheless awesome that we got such an uplifting and fun episode of The Flash this week. Its effectiveness will even do well to amplify the seemingly inevitable tragedy that Barry is bound to suffer in the season finale as well, since Savitar still clearly isn’t going down without a cost!

The Flash 3.21: "Cause and Effect" Review
The Flash surprisingly moved Savitar to the sidelines this week, though nonetheless delivered an especially fantastic episode, one that let Team Flash enjoy some happiness before their inevitable misery.
THE GOOD STUFF
THE NOT-SO-GOOD STUFF
2017-05-10
91%Overall Score
Reader Rating: (0 Votes)
0%