NOTE: Some spoilers for the second season of, “Master of None” are present in this review. That said, the review is written to accommodate those who haven’t watched the season, and as such, will avoid discussion of major plot developments.

When Aziz Ansari’s Master of None debuted on Netflix towards the end of 2015, it was immediately hailed as one of the streaming platform’s best original sitcoms, by both critics and audiences. Despite the show’s highly positive reception in Season One however, it’s taken a long time for Ansari to come back around for a sophomore run in his scripted Netflix sitcom, despite contributing plenty of stand-up specials to the streaming service in the meantime. Finally though, Master of None has premiered its second season for Netflix subscribers, and fortunately, it’s every bit as ingenious, funny and heartfelt as the first season was!

After the surprise conclusion of the first season, which saw Ansari’s Dev Shah making the impulsive decision to pack everything up and move to Italy to learn how to make pasta, Season Two picks up in Modena, Italy, where Dev has followed through with his desire. Working as a pasta-making apprentice in an immediately striking monochrome first episode for the season, Dev explores a different side of life than what he knew as a struggling actor in New York, most notably striking up a close friendship with the adventurous and witty Francesca, who has been dating the same man for ten years. 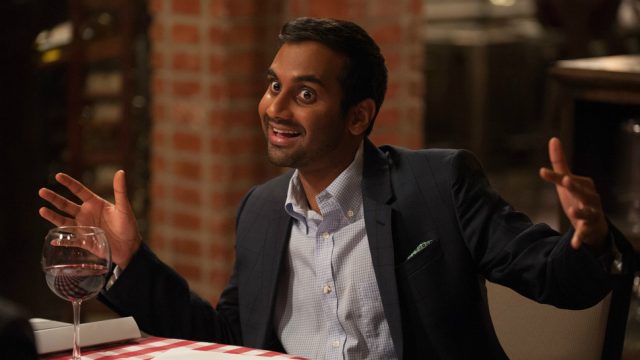 Disappointingly, we barely see Rachel, Dev’s love interest from the first season, in Season Two of Master of None, and that’s about the worst you can say about an otherwise brilliant and overall excellent second season for this Netflix show. Noel Wells is definitely missed among the show’s core cast, considering how fantastic Rachel was as a love interest in Season One, but I suppose it’s still worth commending Master of None adamantly refusing to creatively stagnate. Fortunately, Francesca proves to be an equally lovable and charming replacement love interest in all respects, with Alessandra Mastronardi creating a very idealized, but also very human dream girl for Dev, one that he must unfortunately admire from the sidelines, due to her ten-year commitment to her boyfriend.

We also get some inspired returns by familiar faces from Season One, most notably Eric Wareheim’s Arnold, and Lena Waithe’s Denise. Arnold even shows up during some of Dev’s stint in Italy, before he moves back to New York, providing plenty of standout comedic moments that have Season Two sometimes feeling even funnier than Season One was! Denise is still a more dramatic character by contrast, though there is one highlight episode where we see her years of history with Dev via multiple Thanksgiving dinners, including when she comes out to her family as a lesbian. Denise appearing a bit more sporadically than Arnold is probably explained by this episode almost entirely revolving around her and her family, but both characters remain standout companions for Dev, as do Ansari’s real-life parents, who continue to brilliantly amuse as Dev’s parents in the show.

Overall, Season Two feels a bit less dramatic and ultimately a lot more upbeat than Season One does, without wholly sacrificing the drama and heartache that Season One still pulled off incredibly well. This feels like an especially ideal mix of comedy versus romance versus disappointment, since Master of None feels more inspiring in its second season, due to Dev being a bit more together and a bit more focused in his life this time around, while facing new challenges that come with that. A lot of these improved prospects for Ansari’s lead character is due to Dev taking a major career step with a highly successful media personality, played by Bobby Cannavale, where he becomes host to a fictional rendition of Food Network series, Cupcake Wars, a steady, but difficult gig that Dev is not completely happy with. The personal distance and emotional unavailability of Francesca also means that the show doesn’t wallow in too much dating angst for most of the season either, with Dev successfully dating around for the most part in another highlight episode, which shows the diverse, interesting and often surprising romantic encounters that Dev has after signing up for a dating app, after Arnold suggests it.

There are still only ten half-hour episodes in Season Two of Master of None (save for penultimate Season Two episode, “Amarsi Un Po”, which is an hour long), but that nonetheless feels right, and I’m glad to see that Season Two didn’t fix what isn’t broken in the wake of the first season’s glowing reception. There are some bold, yet effective stylistic choices across various episodes too, such as the previously mentioned first episode that’s shot in monochrome, an entire section completely devoid of audio that’s shot from the perspective of a deaf person, and an opener reminiscent of classic 1970’s romantic comedies in one particular case, all nicely giving this sophomore season tons of character between episodes. Not every episode changes up the presentation and cinematography so drastically, but these little touches help to give Master of None its own especially unique and potent creative flavouring throughout Season Two. 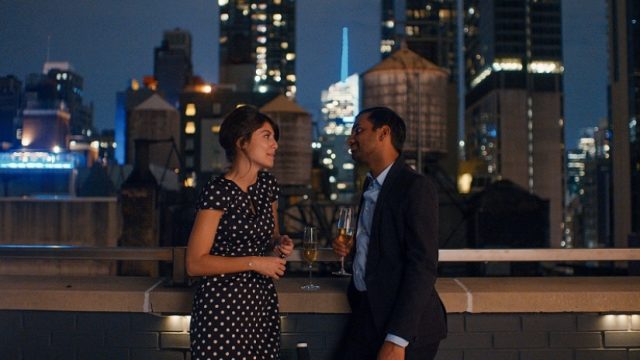 As with the original season from 2015, Master of None’s second season stands as among the best original sitcom material that Netflix has to offer, and subscribers absolutely need to binge right through it as soon as they can! With Season Two being just as funny, touching and memorable as its predecessor, Master of None defies its especially long delay between seasons to once again show would-be Netflix showrunners how it’s done! Aziz Ansari has claimed that the show may not get a third season for a long time, if ever, since he’s currently out of things to say about being a single man living in New York and eating everywhere, and that’s a shame, though it also speaks to Ansari’s incredible commitment to quality and optimal creativity in his Netflix passion project. When or if Season Three arrives though, you can bet that I’ll be right there for the next step in Dev’s life journey!

Master of None: Season Two Review
Master of None's second season proves just as outstanding and creative as the stellar first season, and it also stands among the finest sitcom material in the Netflix catalogue!
THE GOOD STUFF
THE NOT-SO-GOOD STUFF
2017-05-18
95%Overall Score
Reader Rating: (0 Votes)
0%