NOTE: Spoilers from throughout the second season of, “Supergirl” are present in this review

With its move from CBS to The CW with the beginning of its second season, Supergirl hit the ground running with several key improvements in its sophomore selection of episodes. Among the show’s positive changes included a shifting of Alex’s sexual orientation, a swapping out of the dull Maxwell Lord for the more intriguing and seemingly friendly Lena Luthor, the DEO more sensibly moving to an office in National City (and recruiting Winn, where he was put to much better use than he was at CatCo during Season One), and several more recognizable and appealing Superman foes appearing and being re-imagined for the series for the first time, most notably Parasite, Mr. Mxyzptlk and Metallo, who nicely complemented some returning favourites like Livewire.

There was a lot that went right with Supergirl’s second season, which is significantly better than its first overall. That said though, the show still seems to be going through a small bit of growing pains, especially since not every experimental new story direction this season ended up being a success. James’ character is particularly still suffering throughout this season, as his romantic misadventures with Kara and Lucy are now thankfully eliminated, along with Lucy herself being dropped from the show, only for this to be replaced by an equally tedious and ineffective stint by James as this universe’s version of DC Comics vigilante, Guardian. Turning James into a wannabe superhero just didn’t feel like it worked, especially when no one in National City asked for his help. Having a street-level presence that could deal with smaller crimes beyond Supergirl’s gaze is an interesting thought, but James just didn’t feel like the right vehicle to realize this idea, especially when it inevitably degrades into James spending most of his Guardian tenure whining about how no one takes him seriously as Guardian. Why the hell should they? He’s a rank amateur! 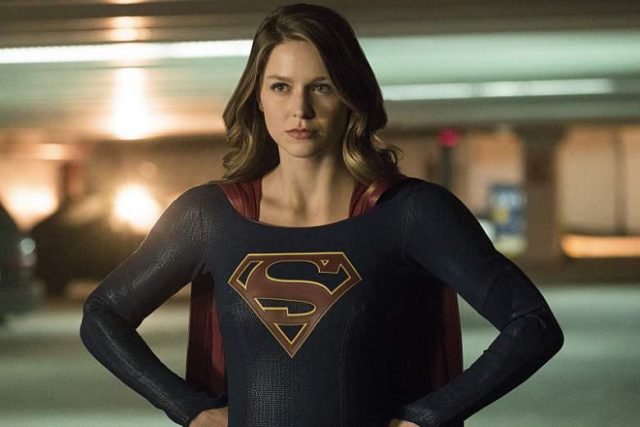 With the introduction of Lena Luthor in place of the now-absent Maxwell Lord meanwhile, and her desire to re-brand the Luthor family image, Project Cadmus thus sprung around both Kara and Lena as the Luthors’ twisted family legacy, an outfit that means to drive all alien life out of Earth. After being foreshadowed at the end of last season, Cadmus mostly became a complex and interesting foe after some time, especially when it was revealed to be headed up by Lillian Luthor, the mother of Superman arch-nemesis, Lex Luthor. We still didn’t properly glimpse Lex Luthor in all of his glory (though we did see a child version of him in a flashback during highlight episode, “Luthors”), but Lillian did a pretty solid job of standing in for him, with Lena’s strained relationship with her adopted mother also providing some great moral grey areas for Lena’s character to dabble in, even if she always came through for Kara in the end. That’s why it’s annoying that the season pivoted away from Cadmus in favour of another, significantly worse antagonist in the eleventh hour, but I’ll get to that.

Kara’s professional duties as both a CatCo employee and Supergirl also reached new heights in Season Two, most notably after Cat Grant leaves CatCo and places James in charge (this didn’t manage to help his character either), thus placing Kara under the wing of gruff, no-nonsense old-school reporter, Snapper Carr. Snapper, a recognizable reporter personality from DC Comics lore, was a great way for the show not to lean too far into its squeaky clean, Millennial-skewing image, as Snapper provides a more strict take on Cat Grant’s worldly wisdom in Season Two, pushing Kara to be a better reporter, and in turn look past her own worldview, thus also helping to make her a better hero as Supergirl in turn. Supergirl, meanwhile, is now more recognized and revered by National City in Season Two at least, though the Girl of Steel getting on the radar of U.S. President, Olivia Marsdin (played by 1970’s Wonder Woman star, Lynda Carter), also led to a few challenging conflicts that forced Kara to keep evolving, and not functioning as a mere black-and-white do-gooder.

The show also took the chance to more properly contrast Kara with the Supergirl universe’s rendition of Superman to boot, who finally fully appeared in the flesh in Season Two, portrayed by Teen Wolf veteran, Tyler Hoechlin. Unlike the more raw and uncontrolled amateur Superman portrayed by Henry Cavill in the big screen DC Extended Universe, Hoechlin’s new small screen Superman is a confident, refined and impressive veteran take on DC’s flagship hero, making Hoechlin a highly successful throwback to the golden age of live-action Superman performances that came via Christopher Reeve in the 70’s and 80’s. Hoechlin’s skilled and beloved Superman coming to assist Kara and butt heads with J’onn was a fantastic way to book-end Season Two, especially when Kara finally does manage to overtake her cousin, confused and under the influence of Silver Kryptonite, in battle at the end of the season. I hope that Hoechlin’s Superman keeps popping back up in National City every so often throughout the series, since his presence made for the best way to showcase just how far Kara is starting to come as a hero in her own right, especially when Hoechlin gives one of the best Superman performances on television to date!

Another new element of Season Two that pushed Kara forward and re-interpreted the way she views the world and her job as Supergirl came via Mon-El, who was revealed to be what Kara and J’onn find in the mysterious pod that falls near National City at the end of Season One. Mon-El hails from Daxam, a sister planet to Krypton that is characterized as having a party-loving, devil-may-care populace, one that was also heavily devastated by the destruction of Krypton. Mon-El’s evolution throughout the season made him an appealing new personality and love interest to Kara, as he goes from a careless party boy to a legitimate hero, ultimately sacrificing his romance with Kara for the good of Earth in a fairly bittersweet conclusion to the season. This arc was also nicely echoed with J’onn and Winn finding their own new alien love interests this season, namely M’Gann M’orzz/Miss Martian, and all-new character, Lyra, respectively, who had their own complicated pasts and moral greys to navigate, despite ultimately presenting happy conclusions for both of the DEO’s finest men.

Less of a happy conclusion however was Supergirl’s Season Two climax, which was, to put it bluntly, pretty awful. Considering that the rest of Season Two offered so many improvements to the show, it was very frustrating to see the season’s end squandered on such an ineffective, underwhelming threat. Mon-El’s mother, Queen Rhea decides to invade Earth for the season’s big climax, starting with National City, despite the fact that Daxamites are vulnerable to lead, and thus bullets (which Earth has tons of, everywhere), and that the Daxamite forces have been heavily damaged by Krypton’s pieces raining down on Daxam, meaning that their army really isn’t that large at all.

As much as the Lois & Clark: The New Adventures of Superman reunion on Supergirl was taken another welcome step with that show’s Lois Lane actress, Teri Hatcher portraying Rhea (disappointingly, she never shared any scenes with Dean Cain as Jeremiah Danvers), Rhea herself just never truly made sense as a climactic threat for the season. Her forces may have been a threat to National City, but Earth itself would have laughed off the rest of that invasion, especially with Superman coming to assist. Moreover, Rhea essentially throwing a tantrum about Mon-El wanting to stay on Earth as her sole motivation for invading the planet, further deflated her as a worthy foe to Kara. It’s enough to make Non, Astra and Indigo seem like better big bads in hindsight, because at least their agenda made some degree of sense, and was an ever-present threat throughout Season One, not just awkwardly crowbarred in at the very end. 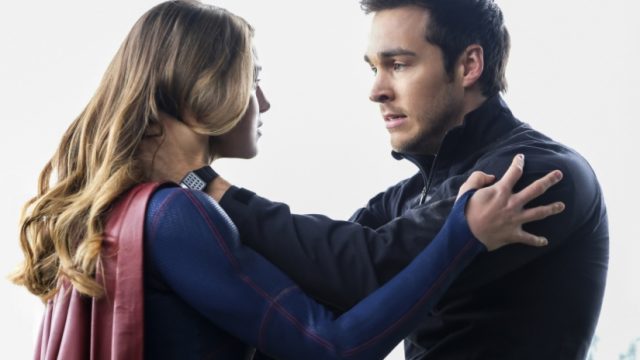 Supergirl is nonetheless on a better, more positive path after its move to The CW, even if it really should tighten the major villain conflict to come in Season Three. A cult of fanatics sending a supposed demon baby to Earth during Krypton’s destruction is teased in a final cliffhanger, likely giving us a hint as to which major force Kara will be facing next, and hopefully, this baddie is more effective than Rhea. Is it Doomsday? Is it H’el? Is it an unexpected DC character that virtually no one would anticipate? I guess we’ll have to wait and see, but for now, Supergirl’s second season ultimately got more right than it did wrong, even if it still got a few key elements wrong. With the show having now completed one season on its new network however, here’s hoping that Season Three can work out the rest of the kinks, and have this show flying as high as it truly deserves to!

Supergirl: Season Two Review
Supergirl moving to The CW with Season Two led to a host of welcome improvements, even if there were still some problematic storylines.
THE GOOD STUFF
THE NOT-SO-GOOD STUFF
2017-05-29
82%Overall Score
Reader Rating: (0 Votes)
0%