NOTE: Spoilers from throughout the second season of, “Lucifer” are present in this review

Lucifer became one of FOX’s most enjoyable surprise hits back towards the end of its first season, along with one of the network’s only notable midseason successes from its origins in 2016. Fortunately, the Vertigo/DC Comics-inspired series became better than ever throughout its sophomore season as well, which pushed both the procedural and supernatural storylines even further, while nicely upping the sense of humour as well. Now with its early growing pains completely overcome, Lucifer is quickly becoming one of FOX’s overall best primetime shows by the end of Season Two, even if the season did have to be slightly shortened in the end, due to an excessively long midseason break.

That midseason break is really the only noticeable downside to an otherwise strong season throughout as well. Despite Lucifer airing on Monday nights as normal at the start of the 2016-2017 season, the show only aired three episodes at the start of 2017, before taking not one, not two, but three months off the air, only managing to return at the start of May. Because the show had to give up its timeslot to the now-cancelled APB, which took longer than expected, FOX ended up trimming out the season’s last four episodes, to instead be tacked onto a super-sized 26-episode third season that will start later this year, complete with Lucifer even taking Gotham’s old timeslot to become FOX’s headlining Monday night show with the start of next season! 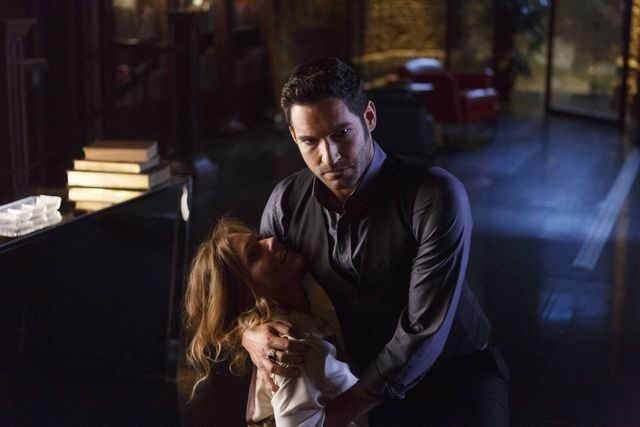 Because those four episodes had to be eliminated, the season’s back half feels slightly clumsier and a little more rushed, though not to the point of killing the entertainment value by any means. Despite a continued commitment to outstanding humour and creative supernatural storytelling, the season does raise a few character challenges, such as Linda’s job being threatened after helping Lucifer, and Lucifer conspiring to cut his way into Heaven to dispose of his newly-present divine mother, only to quickly sweep them aside when the shortened season doesn’t ultimately have room for them. There were no shortage of other developments to enjoy, but it’s disappointing that FOX had to compromise the sophomore season of one of their best shows, simply to accommodate another show in their overcrowded schedule that didn’t even last past one season anyway.

With that said however, we got two highly enjoyable character additions to the series in Season Two, with the first being LAPD forensic investigator, Ella Lopez, played by Rush Hour’s Aimee Garcia, and Lucifer’s very own mother, with Mama Morningstar being portrayed by Powers’ Tricia Helfer. Ella’s character did wonders for making many of the cases-of-the-week on Lucifer even more fun and enjoyable, with her incessantly upbeat and charming nature helping to inject more humourous creativity into the show’s procedural element. Likewise, Mama Morningstar proved to be the perfect new divine obstacle for Lucifer, Maze and Amenadiel throughout the season, as her morally ambiguous agenda and oblivious, reckless nature has her occasionally being an unlikely help, but also frequently causing trouble around Los Angeles. Fortunately, Mama Morningstar also got her own frequent chances to be humourous, as she’s forced to inhabit the body of sultry murdered attorney, Charlotte Richards, and even starts up a dysfunctional romance with Dan in the process, now that he’s firmly on the outs with Chloe. 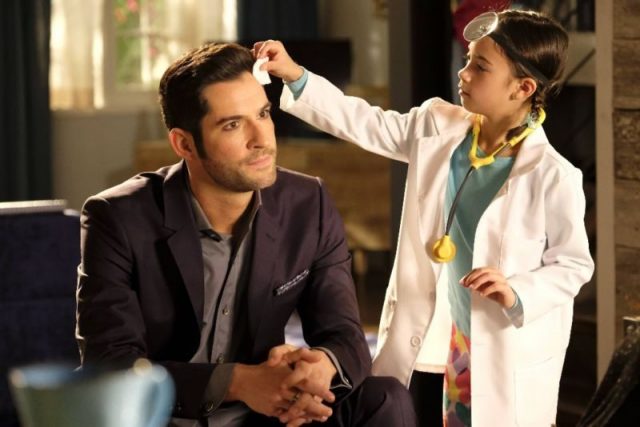 Lucifer’s and Chloe’s own relationship also took some exciting upward and downward turns throughout the season, as Lucifer settles into the idea of falling for Chloe, as Chloe does the same. Unbeknownst to Chloe however, it becomes apparent to Lucifer about halfway through the season that God manipulated events to put Chloe in Lucifer’s path, which has Lucifer reacting badly to Chloe allegedly not loving him of her own free will. Again, the shortening of the season gets in the way of exploring this arc fully in some respects, but there were enough challenges made to the Lucifer/Chloe status quo to prevent their tense partnership from stagnating in Season Two, especially as the two nonetheless end up brought closer together than they ever were during much of Lucifer’s first season.

Maze and Amenadiel have also settled significantly more into civilian life in Season Two, with Maze moving in with Chloe and accepting a job as a bounty hunter, while Amenadiel mostly tries to provide oversight over both Lucifer and Mama Morningstar. Both characters ended up more effectively integrated into Earth’s affairs, as Amenadiel’s angelic abilities appear to vanish for most of the season, while Maze tries to blend in, having resigned herself to a life completely away from Hell. Surprisingly, one of the most enjoyable, if slightly under-used dynamics in Season Two came between Maze and Chloe’s daughter, Trixie, with Maze’s tough, brutal nature contrasting beautifully and to hilarious effect against Trixie’s incessantly smiling, innocent charm. Trixie still didn’t show up in Season Two that frequently, but her continued interactions with both Lucifer and Maze continue to be a highlight, and hopefully, she gets even more chances to inject even more charm into the series next season. 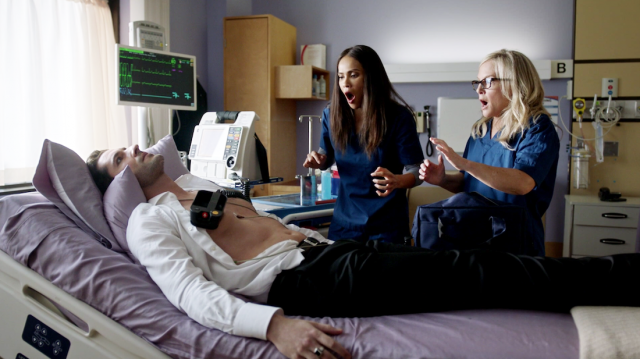 This leaves the quality of the supernatural storylines versus the cases-of-the-week, and while the supernatural storytelling with Mama Morningstar still felt like the biggest draw of the season for the most part, the show’s procedural element did improve significantly throughout much of the season. Season Two’s back half sadly didn’t put as much effort into making satisfying cases-of-the-week, possibly another side effect of a rushed, truncated sophomore season for Lucifer, but the season’s front half at least consisted of a lot of especially creative, more memorable cases for Lucifer and Chloe to solve.

By the climax of the season though, the show mostly shifted gears to be all about finding the pieces of the so-called ‘Flaming Sword’, which is necessary to open the gates of Heaven so that Lucifer can trap his mother there, and hope that she and God destroy each other. This doesn’t ultimately happen, as Lucifer instead gives his mother a chance to create a parallel reality, even if it means he can never see her again. While it’s interesting to muse about this possibly being a way for Mama Morningstar to create the comic book reality of the original The Sandman graphic novels from Vertigo (I can dream!), this was probably the best way to wrap up this storyline with a rushed end to the season, placing Lucifer on the path to facing another supernatural challenge, as the season seemingly ends with him getting his wings back in some unknown place.

Overall, despite having four of its episodes clumsily chopped out to accommodate FOX’s over-abundance of primetime programming during this past season (thankfully, the network has cleaned house a bit for 2017-2018!), Lucifer nonetheless delivered a highly entertaining and well-constructed sophomore season. Like fellow Vertigo-inspired shows, iZombie and Preacher, Lucifer has become a true gem that represents one of the few successful examples of a show that blends comedy and drama in equally effective measure. Sure, the Vertigo graphic novels that this show spawned from are far more abstract and fantastical, going much deeper with their intense philosophy, but Lucifer, despite only loosely adapting them, is finding a way to create a more accessible take on this divine, philosophy-fueled story that has managed to carve out its own worthy niche alongside its source material. As probably the most successful and widely consumed Vertigo-inspired TV series at this point, here’s hoping that the especially beefy upcoming third season of Lucifer continues to uphold this sublime dark horse success, especially since it obviously won’t be shortened after the fact!