In a lengthy Nintendo Direct broadcast today, Nintendo made a duo of very unexpected third-party game announcements for their Nintendo Switch hybrid platform! It was confirmed during the showcase that id Software’s 2016 reboot of Doom and upcoming sequel, Wolfenstein II: The New Colossus are both headed to Switch in the near future! These upcoming releases from publisher, Bethesda will follow the already-confirmed Nintendo Switch edition of The Elder Scrolls V: Skyrim, which was officially given a November 17th, 2017 release date during this same presentation.

Doom will come to Switch before the end of this year, and was given a vague Holiday 2017 release window. The game’s Switch port will feature both the entire single-player campaign and online multiplayer suite, preserved as they are from the previous PlayStation 4, Xbox One and PC builds of Doom. The SnapMap level editor wasn’t mentioned however, potentially indicating that it may be absent in Doom’s Switch build. Bethesda hasn’t yet commented on whether or not SnapMap will be available in Doom for Switch, though simply the ability to take the game’s much-lauded single-player campaign on the go via the Switch’s Handheld Mode is sure to be a big draw for fans! 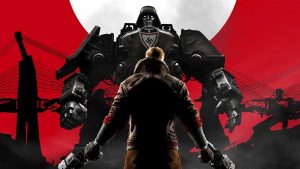 Keep targeting Eggplante for all major news and updates on Nintendo Switch, and high-profile Bethesda titles.